Death toll from storm in Brazil rises to 106

Home » World » Death toll from storm in Brazil rises to 106 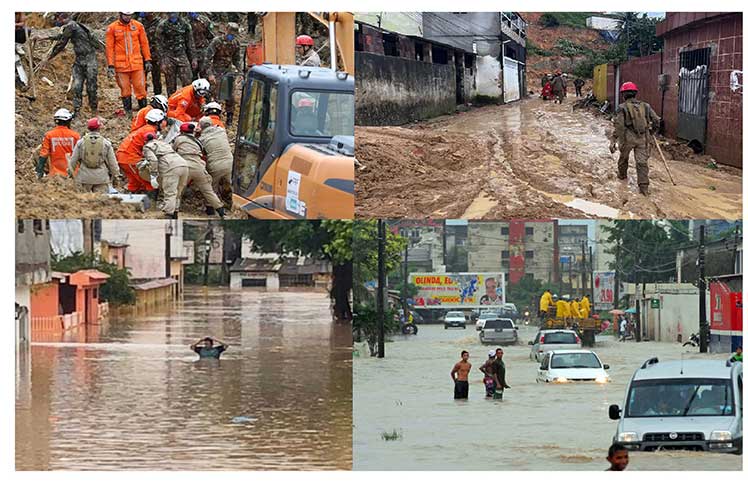 He specifies that there are also 10 missing persons, after six lifeless bodies were found in the last hours due to the sliding of barriers.

Three bodies were found in Villa de los Milagros, in the West Zone, and another three, in Jardim Monte Verde, between Recife and Jaboatão, where more than 20 people died after the storm.

According to the lifeguards, among the bodies found in Villa de los Milagros were those of a mother and her daughter.

All were sent to the Institute of Legal Medicine, in the Santo Amaro neighborhood, in the central region of Recife.

Among the missing, there are eight identified and two whose unknown whereabouts are being investigated, as the information is inaccurate, according to firefighters. Possibly, two people were swept away by the waters.

Due to the downpours, the number of Pernambuco municipalities that declared an emergency situation rose to 24, according to the Civil Defense Secretariat of the territorial division.

President Jair Bolsonaro visited the affected region on Monday and commented that “these catastrophes happen in a continental country that has its problems. We had similar problems in Petrópolis, in Rio de Janeiro, in the south of Bahia or in the north of Minas Gerais », he recalled.

He stated that “we are all obviously sad, we express our sorrow to the relatives, our main objective is to comfort the relatives and, with material means, also serve the population.”

He announced that his government will allocate one billion reais (more than 200 million dollars) for the reconstruction of the affected areas.