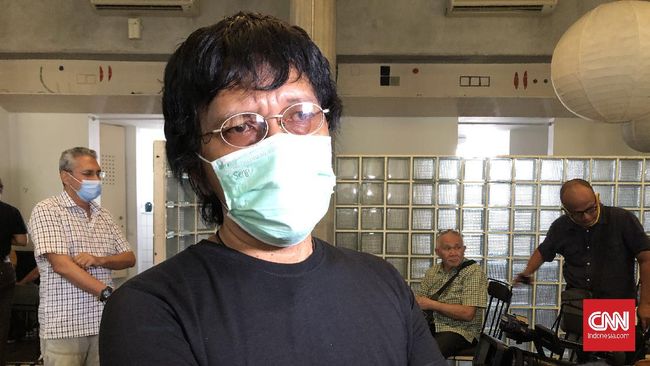 Spokesman Democratic party Herzaky Mahendra Putra teasing each other with members of the Indonesian House of Representatives from the PDIP Faction Adian Napitupulu regarding corruption cases.

The argument took place on the Controversy program on MetroTV. The debate took place when discussing the claims of the chairman of the Democratic Party’s Upper House, Susilo Bambang Yudhoyono (SBY) regarding the alleged fraud in the 2024 election.

Herzaky sparked a debate by directing the discussion to a corruption case involving PDIP cadre Harun Masiku. He linked the case to election fraud.

“Legal facts, 2019 KPU Commissioner Wahyu Setiawan was arrested for a bribery case. Who was involved? There was an ex-Bawaslu who was a PDIP candidate. Then there was also Harun Masiku who was involved, who is still at large for over a thousand days. That’s a legal fact,” Herzaky said at the Controversy program. on YouTube channel MetrotvnewsThursday (22/9).

Adian questioned what legal facts contained in the statement. He immediately hit back at the Democrats with a corruption case involving the general chairman of the party.

“It’s an individual, but if it’s corruption by the general chairman of the party, where does the money go? Where does that money go?” said Adian with a rising tone.

Adian did not mention which party chairperson he was referring to. However, Herzaky responded by bringing up the Covid-19 social assistance corruption case.

Adian was adamant with his statement. He continued to mention corruption by the general chairman.

“General chairman of the corruption party, where is the money going to?” he said.

Previously, the relationship between the Democratic Party and the PDIP was heated after SBY mentioned the alleged fraud in the 2024 election. SBY said he was ready to go down the mountain to prevent the fraud.

PDIP as the main supporter of President Jokowi’s government has installed a body. They attacked SBY back.

“I’m sorry, Mr. SBY is not wise. In terms of the quality of the election, 2009 was the peak of fraud that occurred in the history of democracy, and Mr. SBY is responsible,” said PDIP Secretary General Hasto Kristiyanto in a written statement, Saturday (17/17/2020). 9).