Home » DEPARTMENTAL: The candidates of the presidential majority in working order “for a new political offer”
News

DEPARTMENTAL: The candidates of the presidential majority in working order “for a new political offer” 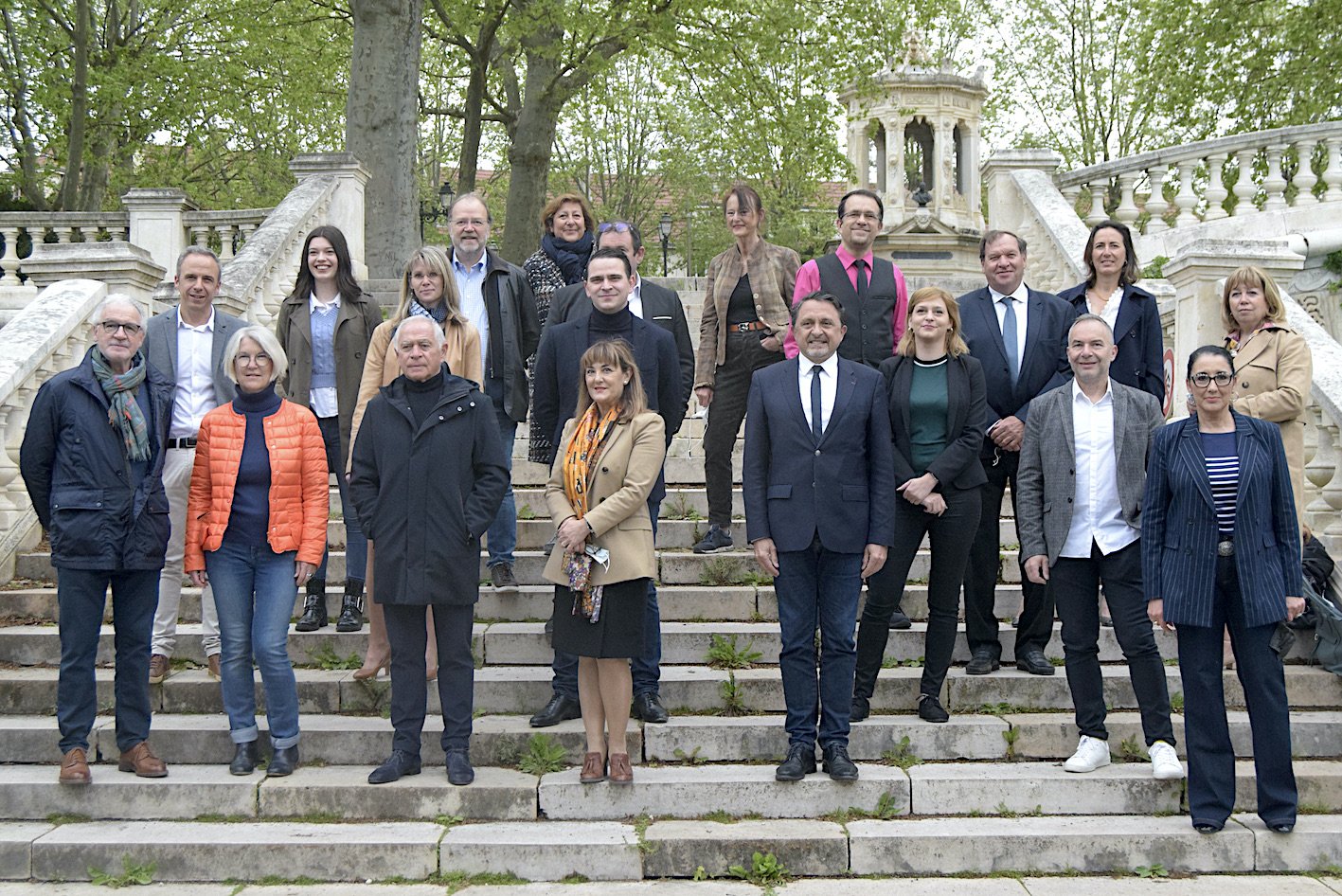 They held a press conference this Saturday, May 15 in Dijon. In the running in nine cantons of Côte-d’Or, the candidates of the presidential majority are committed to “a new functioning” of the Departmental Council of Côte-d’Or.

At the LBA business center avenue Maréchal Foch in Dijon this Saturday, May 15, 2021, Didier Martin, deputy for the 1st district of Côte-d’Or and coordinator La République En Marche de Côte-d’Or for the departmental elections, had gathered several presidential majority candidates in different cantons.

After a “family photo” taken on the steps of the Jardin Darcy, those making it possible to move from one level to another in the green lung of downtown Dijon, it is then in a campaign meeting that Didier Martin took care to recall that the presidential majority brings together the political parties LREM, Modem, Agir la Droite constructive and Territoire de Progrès. “Four political formations which are part of the group of the presidential majority in the National Assembly”.

“Chez Didier Martin”, as noted by the member of the third constituency of Côte-d’Or Fadila Khattabi, in reference to the constituency of his counterpart but also to his candidacy for the canton of Dijon 1, the interest was to put forward a broader dynamic, at the level of the department.
“We are going to do Dijon passionately because the city is a little forgotten,” nevertheless launched Didier Martin, in the form of a somewhat sarcastic response to the slogan of the outgoing president of the Department, François Sauvadet, candidate for the canton of Semur-en- Auxois (editor’s note: “The Côte-d’Or passionately”).

“The affirmation of a political label and a rally”

“We have no incumbent candidates for these elections. We can therefore only progress ”, introduced Didier Martin, speaking more seriously of“ the affirmation of a political label and a presidential rally ”.
François Patriat’s ambition on the scale of the Côte-d’Or was then raised. Senator of Côte-d’Or and president of the support committee for the electoral deadlines mentioned, he is committed to “ensuring the new political generation in this department that I know well for having won the cantonal elections six times”.

The candidates presented carry according to him “a new offer” for a Departmental Council guarantor of the protection of the citizens, “in the daily life, for all that is social proximity and solidarity”. For François Patriat, this is what the French and in this case the Côte-d’Oriens expect.

“Right and Left for the Department”

On the political level, he evokes the stake of these elections: “I knew during 36 years a departmental assembly taken by the Right or the Left, with moreover 33 years of majority of the Right. The new political offer is to say that we can be both Right and Left for the Department, for the elderly, for children, for unaccompanied minors, without taking into account political a priori. but the real situation and the difficulties of the inhabitants. And when I hear the accusations made to us, today I can cite more left-wing measures than right-wing measures taken by the government, especially for the environment ”.

Read Also:  Dresden: Corona - Does the Mexican cult beer brand suffer from fear of the virus?

The creation of an “autonomous” group at the Departmental Council of Côte-d’Or is announced as a finality, “to influence decisions that support government policy”. Didier Paris, deputy for the fifth constituency of Côte-d’Or, and Fadila Khattabi also defended this policy and insisted on the importance of having points of support and relays within local authorities.

The candidate pairs of the presidential majority

Cyber ​​attacks on multiple companies – what’s behind them? – SWR news

Lega goes down again, almost reached by the...

They also tried to rob a bank in...

Concern in the Xunta for the deactivation of...

Obligation to clean the sidewalk under penalty of...

RMP: It would give peace of mind to...