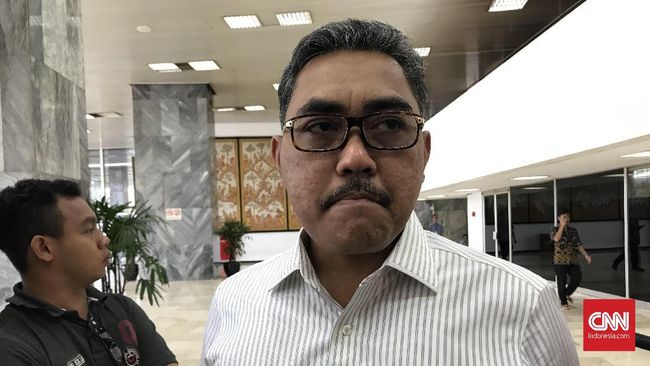 Deputy Chairperson of the National Awakening Party (PKB)PKB) Jazilul Fawaid admitted that there was internal turmoil within the party regarding the plan to build the Red Ant Coalition with the PKS. According to Jazilul, a number of cadres rejected the plan.

“We ourselves are frank in PKB, many also provide input to me, mbok Yes, not with PKS,” Jazilul told reporters at the parliament complex, Monday (12/6).

Jazilul admitted that he accepted this as input. However, according to him, as a political party, PKB must be able to make friends with anyone, including PKS.

He explained that in principle there is no difference between PKS and PKB in terms of party ideology. Both are based on Islam-nationalists.

“Actually, PKB has a nationalist-Islamic basis, PKS is Islamic-nationalist, right. It’s the same thing, there’s no difference,” he said.

However, until now there has been no official agreement between PKB and PKS regarding the Red Ant Coalition. They are also still opening the door for other parties who want to join.

Meanwhile, responding to the Red Ant Coalition, Secretary General of the National Mandate Party (PAN) Eddy Soeparno emphasized that PAN is committed to the United Indonesia Coalition (KIB) with Golkar and PPP.

Eddy said PAN, PPP and Golkar had signed a memorandum of understanding.

“As of today, I need to emphasize, we have signed a memorandum of understanding. We are committed to KIB. We even invite other friends who have not joined KIB, come and come, we will strengthen this KIB,” said Eddy to reporters at the Parliament Complex. , Senayan, Jakarta.

Read also  Gibran goes around the shop to return illegal money, Iwan Fals calls it suitable for advancing in 2024

He said, KIB is very, very solid. In fact, according to Eddy, PAN, Golkar, and PPP cadres in the regions have started to cooperate to face the 2024 General Election.

On the other hand, Eddy is of the opinion that the exploration of a coalition conducted by PKB and PKS is a positive thing for democracy.