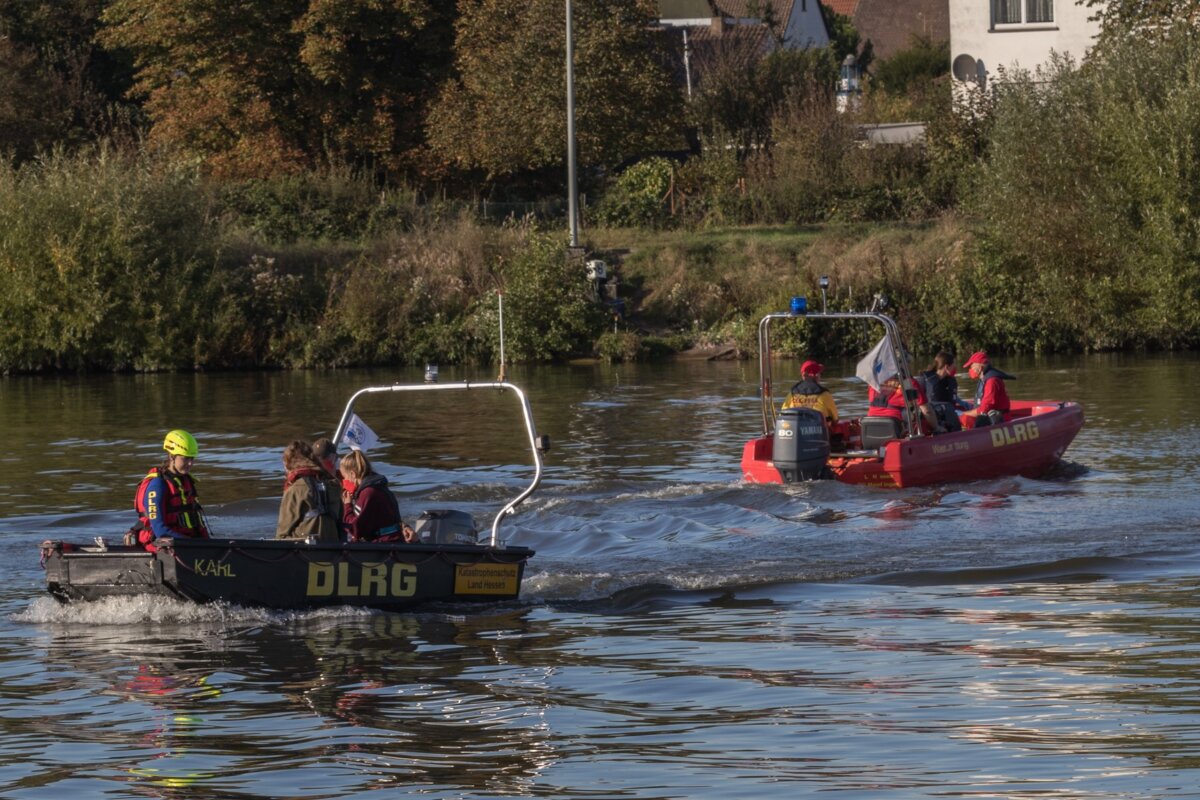 “Attention, attention – work for the extended water rescue group of the Offenbach district!” This was the alert for the DLRG emergency services in the Offenbach district. The emergency services were called to Hainburg, where a total of 14 patients had to be cared for in the area of ​​the lock on the opposite side of the Main near Großkrotzenburg. Fortunately, this scenario was just an exercise.

First of all, the patients had to be spotted and then sorted according to priority and transported to the Hainburg Main side by means of motor lifeboats. A tent was set up there for first aid for the patients and the patients were treated until they could be handed over to the land-based rescue service. Marius Müller led the exercise and coordinated a total of 24 DLRG emergency services, two DLRG motor rescue boats and four DLRG emergency vehicles, which came from the DLRG local groups Heusenstamm, Langen, Mainflingen, Mühlheim, Rodgau, Hainburg and Seligenstadt.
The injured people were also provided by DLRG members, who were extensively made up in order to be able to reproduce a realistic emergency scenario for the emergency services. The entire exercise was run through twice in order to achieve the highest possible learning effect.

Exercise supervisor Tobias Kilian was satisfied with the result and was able to record the end-of-season exercise as a success. The day ended with a barbecue together.