Don’t post the picture of the plane ticket on Facebook, even if you are excited to go on vacation

Home » Technology » Don’t post the picture of the plane ticket on Facebook, even if you are excited to go on vacation 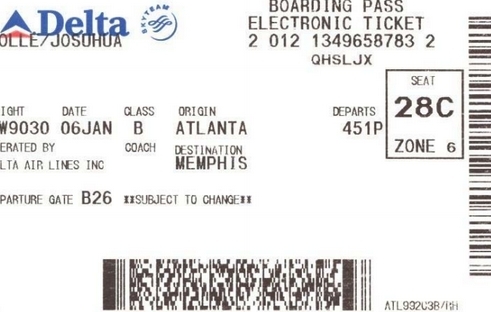 Many enthusiastic tourists post on social networks not only holiday photos, but also images of passports or tickets that open their gates around the world. Be careful, though! People who want to harm you can also benefit from the information you reveal.

For the same reason, it is not advisable to post other personal data, such as home address, on the Internet. Starting from a plane ticket, a reporter wanted to see how much information he could get using including the two-dimensional barcode located at the bottom. And there were not a few, writes The Independent.

Steve Hu from iflyflat.com logged in with such data extracted from a photo at Delta Airlines and thus gained access to his personal account. From there he took out various details, such as the name of the person in question, but also the itinerary, departure and arrival times, place on the plane, payment method, date on which the ticket was purchased or the last 4 digits of the bank card used.

Moreover, IT specialists say that it is not difficult to obtain information from such a photo even if you partially cover the travel ticket.

So if you insist on bragging about the places you walk through, just use pictures of yourself standing by the pool with a glass in your hand, but no tickets …