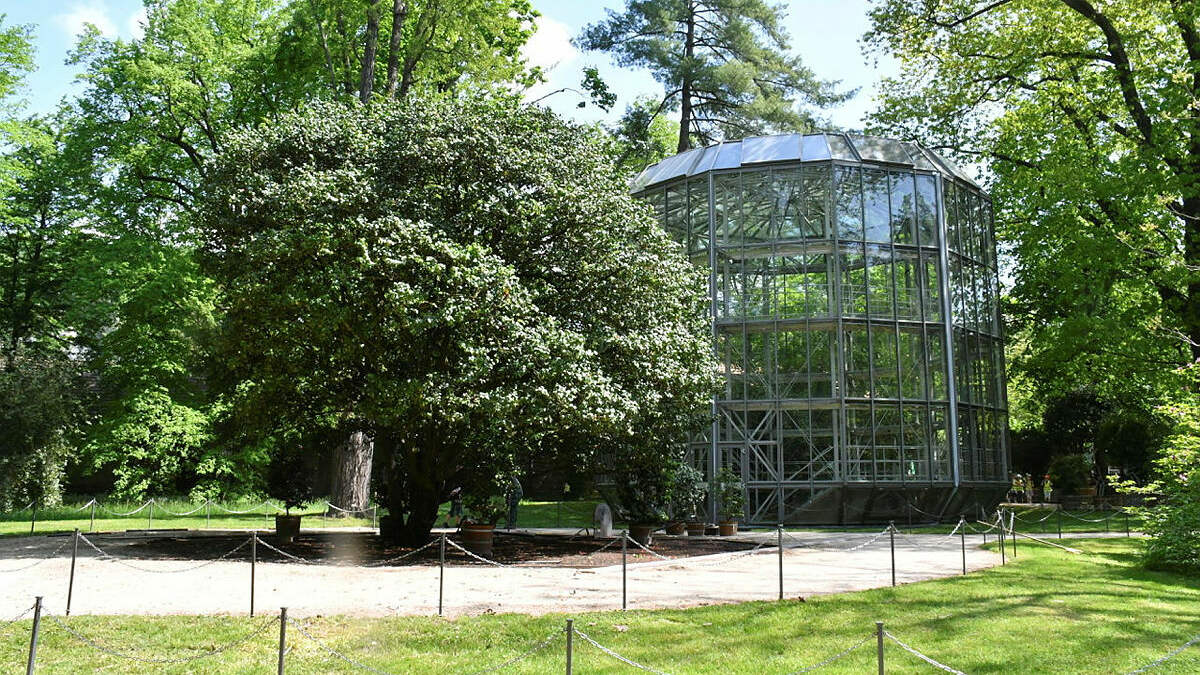 Today, Wednesday, the protective house of the Pillnitz camellia was placed next to the plant. Visitors to the castle park can now marvel at them outdoors again.


Dresden. Every year in autumn the famous Pillnitz camellia is placed in a glass house to protect it from the cold and snow. When temperatures rise in spring, the 200-year-old plant is also released from its winter quarters.

Today, Wednesday, the time had come: The camellia house, which was mounted on rails, was set in motion and placed to the side of the plant. The 54 tonne and over 13 meter high house opened its double gates at 10 a.m. and drove slowly alongside the camellia for around ten minutes. The glass house has protected the plant since 1992.

In the colder months, a climate computer regulates the temperature, ventilation, humidity and shading fully automatically, so that the camellia can hibernate at 4 to 6 degrees Celsius.

The camellia has been at home in Pillnitz Castle Park since 1801 and, with a width of almost twelve meters, a height of nine meters and a crown circumference of 37 meters, is considered to be one of the largest and oldest of its kind north of the Alps. During the flowering period from mid-February to mid-April, the camellia is adorned with tens of thousands of crimson flowers. (SZ/fr)