Central bank data showed that Egypt’s revenues from 5 main sources of foreign currency increased during 2019 by about $ 3.9 billion, or 5%, compared to 2018.

The total foreign currency earnings of the five sources increased last year to about $ 83.1 billion, compared to $ 79.2 billion in 2018.

This increase is due to the increase in the proceeds from tourism revenues, remittances of Egyptians working abroad, foreign direct investment, and exports, despite a slight decline in the revenue from the Suez Canal.

In the following infographics, Masrawy monitors the most important developments in the outcome of 5 foreign currency sources during 2019 compared to the year before last, according to the Central Bank data. 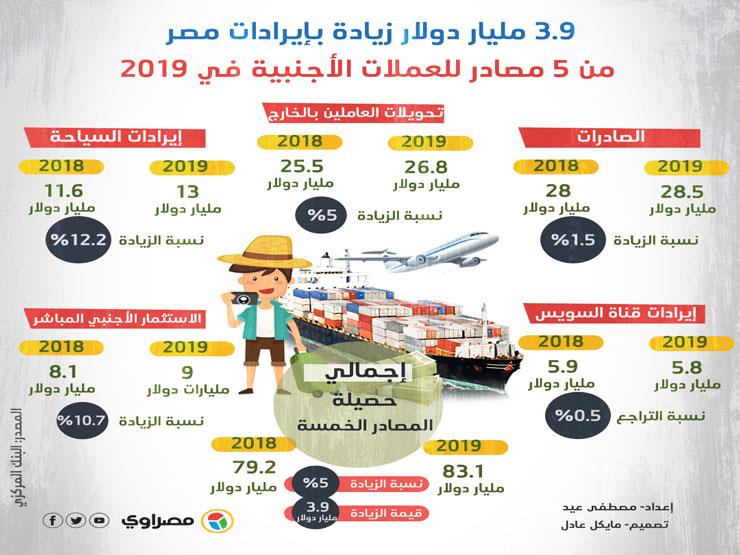