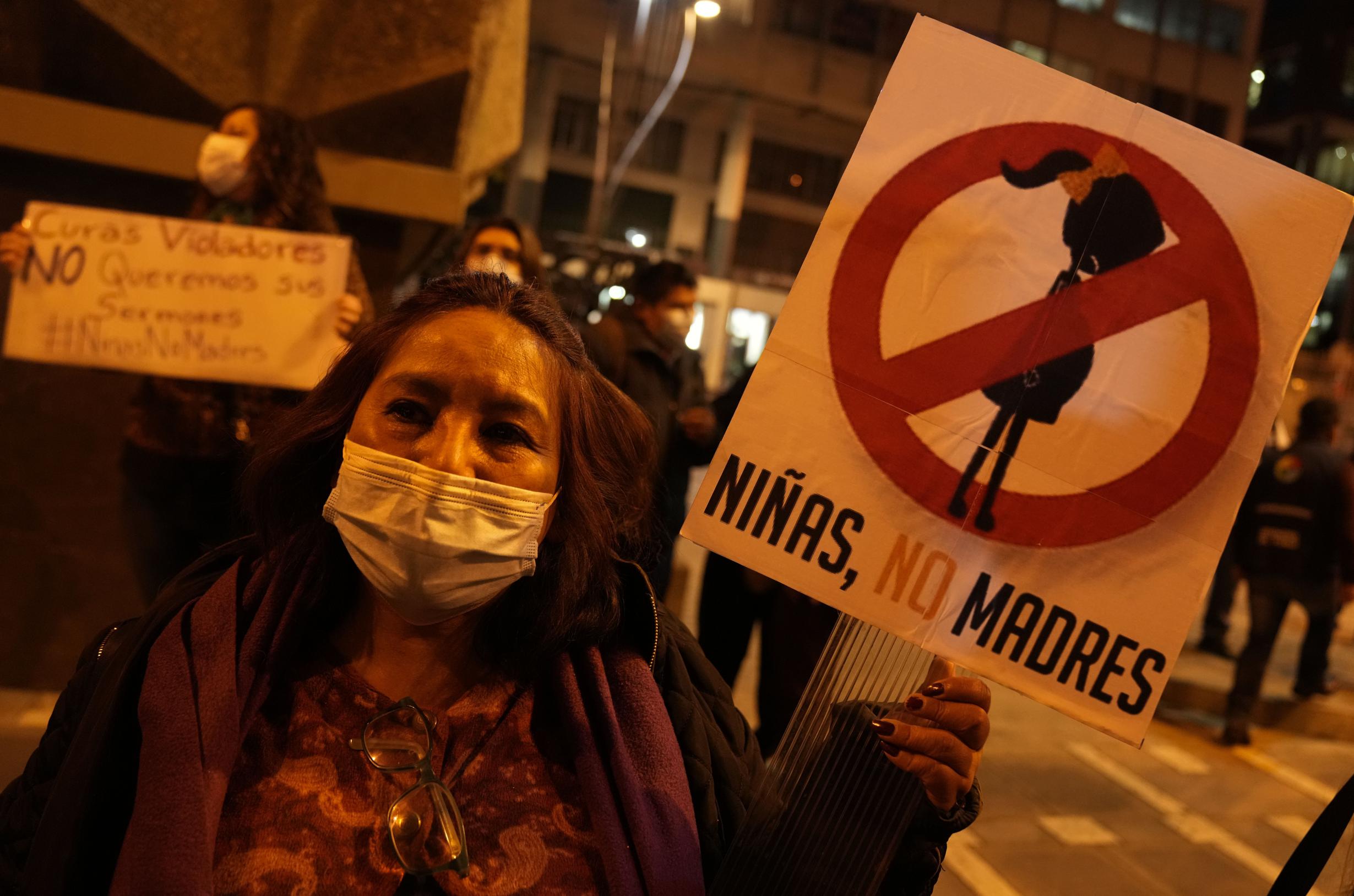 In Bolivia, a heated debate is raging because it appears that an 11-year-old girl is not allowed to have an abortion after being raped. The interference of the Catholic Church is being questioned.

The fate of an 11-year-old girl who became pregnant after repeated abuse by her stepfather’s 61-year-old father raises emotions in Bolivia, British newspaper reports The Guardian. On the other hand, especially in Yapacaní, the village where the girl lives, human rights activists and supporters of the Catholic Church are involved in a heated debate, but the case is causing a lot of national controversy. Bolivia has one of the highest rates of domestic sexual violence and abuse in all of Latin America. Activists have previously described it as a ‘rape culture’.

Religious people put pressure on the family to let the girl carry the pregnancy to term and keep the child. They contacted the girl’s mother and convinced her to fight the abortion.

The girl had an abortion appointment last Friday at the Percy Boland Women’s Hospital in the city of Santa Cruz. Legally, a rape victim has been allowed to have an abortion without court approval since 2014, which is still mandatory in Bolivia in other cases. But before the surgery could take place, the mother, accompanied by a lawyer who works for the Catholic Church, stopped the procedure. The lawyer stated ‘that the girl had changed her mind’. The girl was then transferred to a center for adolescent mothers.

‘Victim did not know what being pregnant means’

“The Catholic Church is clearly manipulating the matter. You can hardly speak of kidnapping, the mother has been silenced’, said Ana Paola García, director of La Casa de la Mujer, a Bolivian non-profit organization that stands up for women’s rights. “This is a violation of human rights. The girl will be forced to carry a pregnancy to term for which she will have to risk her own life,” García continued in her statement to the press. García also criticizes the argument that the victim would have come to this decision herself: ‘The girl didn’t even know what it means to be pregnant. She told her niece (who she lives with red.) that she felt something move in her stomach. Her niece told her mother, the girl her aunt, who reported the incident to the police.’

Susan Inch, spokesman for the Bolivian Bishops’ Conference, told local media on Wednesday that there is “an ethical and legal obligation to protect the life of the unborn child as well.” The Archbishop of Santa Cruz stated that “one crime is not solved by another crime.” He offered the girl shelter.

Bolivian Human Rights Ombudsman Nadia Cruz said her organization will press charges against the hospital’s medical staff, the Santa Cruz deacon and the girl’s mother for breach of duty of care and human trafficking in connection with a mandatory pregnancy. . The United Nations Department in Bolivia declared that forcing a minor to carry a pregnancy to term constitutes torture.