Energy transition in the capital: wind turbines in Berlin? That’s not that easy

Home » News » Energy transition in the capital: wind turbines in Berlin? That’s not that easy 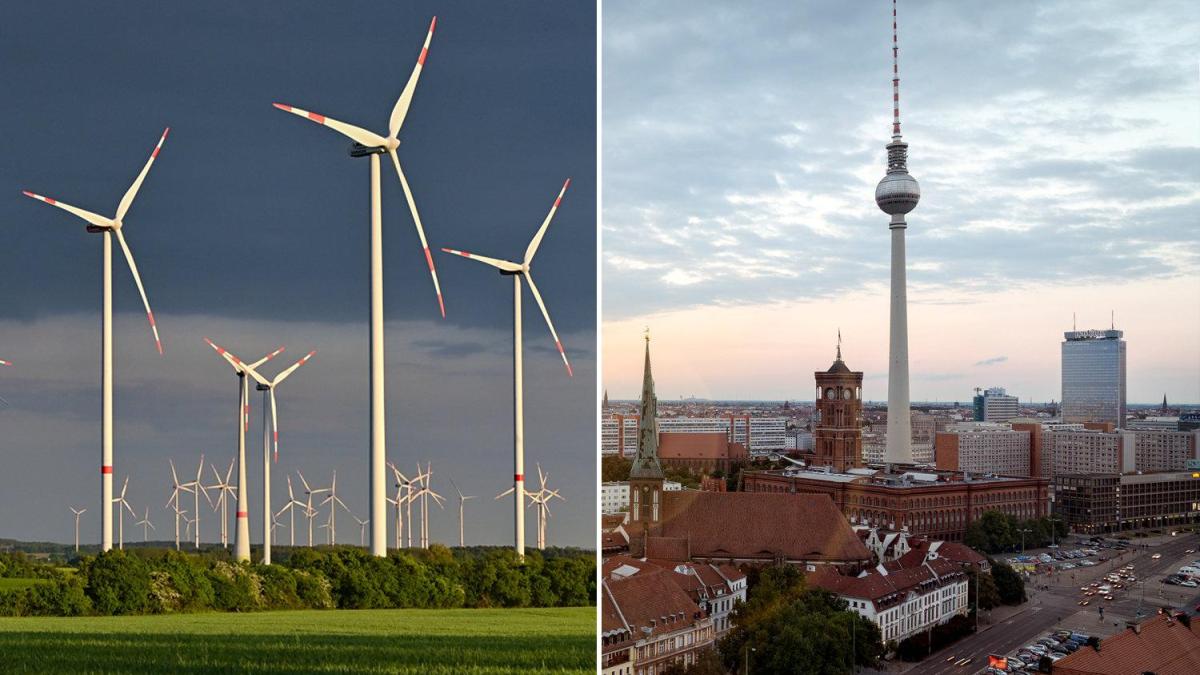 ZThe Governing Mayor, Franziska Giffey from the SPD, even came to the opening at the end of June. By Berlin standards, the residential tower on Frankfurter Allee is a real success. It took only two years to build the 22-storey building. 394 apartments and around 2,800 square meters of commercial space have been created there. Half of the apartments are subsidized housing, they only cost 6.50 euros per square meter, so a bargain.

But one thing tarnishes the balance sheet of the Howoge construction company: The attempt to make the 64 meter high LIESE – “LIchtenberger RiESE”, as the house is called internally – a flagship project in the energy sector as well has failed. Four wind turbines should actually turn on the roof of the house, mounted on meter-high concrete bases. The foundations for this are already in place. However, the rotors, which are ten meters in diameter, may not be installed for the time being, as there is no approval from the city of Berlin.

Standstill instead of electricity: Together with the solar system that was also installed and put into operation, the operators had expected electricity production of up to 120,000 kilowatt hours per year. Around 100 residential units could have been supplied with green electricity all year round in the power project. The idea also sounds tempting in other ways: simply build wind turbines on residential buildings, right in the metropolis of Berlin, which likes to be “green” even though there are only six wind turbines there. So why didn’t that work?

Rejected – still waiting for the reason

Call Howoge, speaker Sabine Pentrop. Yes, it is true that the wind turbines were not allowed to be completed, she says. You only found out about the construction freeze indirectly and from the press, she explains. We are still waiting for a written rejection and thus also for the justification of the authority. She refers to the “Berliner Zeitung”, which saw the project on the brink as early as April: According to this, the wind turbines are “not permitted under planning law (…)” because “the type of use and the extent of use” with four wind turbines around 20 meters high the building code into the environment, the newspaper quoted an insider from the urban development department.

Sabine Pentrop also thinks that the sight of the wheels could disturb the cityscape as a possible reason.

Other reasons – such as possible noise pollution for residents – are less plausible. The residential tower is high, and the multi-lane Frankfurter Allee runs along a busy street below. And so for the time being only the regret remains that the attempt to supplement the energy transition with this small building block failed. According to Pentrop, the housing association has received “a lot of encouragement”, including praise for the fact that a state-owned company is going ahead here. “But if you’re first, that’s often another way,” she adds.

Howoge does not want to give up, the company will definitely object. “We don’t want to fill the whole of Berlin with wind turbines,” says Pentrop.

The main producer of electricity is the neighboring state of Brandenburg

The wind power of the LIESE will therefore also be missing in the future. In general, the use of wind power in Berlin, which is ruled by the red-red-green government, is anything but advanced; the city is primarily a consumer, not a producer. A lot of electricity is generated in neighboring Brandenburg, for example, in the wind farms operated there. 3900 turbines rotate in the Brandenburg sand. This puts the state in second place behind Lower Saxony in the nationwide ranking.

In the Berlin city area, only the six wind turbines mentioned are currently active, which are mainly on the outskirts, in the north-east of the city. There are also 37 facilities operated by Berlin providers in neighboring Brandenburg. According to the Senate Department for Economics, five more are under construction there. They would stand on areas that would be managed by the state-owned Berliner Stadt Güter GmbH. However, these systems are not included in the Berlin wind power balance.

Matthias Kuder, press spokesman for the Senate Administration, also pointed out in an interview with WELT that wind power is more difficult to install in a metropolis like Berlin. The legislature also takes this into account: the city-states of Berlin, Hamburg and Bremen will not have to make two percent but only 0.25 percent of the land available in the next few years because of their dense population. When it comes to renewable energies, Berlin relies primarily on solar technology, says Kuder.

His independent Senator for Economics, Stephan Schwarz, recently said: “In a city-state, wind power naturally plays a different role than in the non-city states. I therefore warn against excessive expectations as well as hasty pointers as to where wind turbines could be set up.”

Which is better – wind power or green roofs?

Spokesman Kuder also sees “conflicts of interest” in Berlin. The city’s roofs, for example, are also to be greened as a reaction to climate change, which threatens to heat up the metropolis, he explains. Green roofs are attractive to birds and insects, the water can be kept in the green areas during heavy rain, and planted roofs also improve the air quality. At the same time, Kuder admits that Berlin has some catching up to do when it comes to wind power.

A potential study is currently being carried out to determine where other systems could go. It should be ready in the second half of 2022. It is also clear that in times of an energy crisis, the pressure on Berlin will increase. Added to this are the ambitious expansion targets set by the federal government. When the Berlin leader of the Greens and Senator for the Environment, Bettina Jarasch, recently said that the capital now had to deliver, there was a great deal of excitement in both social and traditional media.

Some finally wished for wind turbines on the wasteland of Tempelhofer Feld. Others are concerned about exactly such open spaces, which are immensely important for the local recreation of Berliners in a densely populated city like Berlin.

Now that the topic is burning, old omissions come back to the table. As the RBB reports, there were already considerations in 2005 to accommodate many more wind turbines in the city area. An internal report considered this possible on an area of ​​414 hectares. The experts clearly recommended an area in Buchholz (Pankow) and the Wartenberger Feldmark in Lichtenberg. But the responsible urban development senator Katrin Lompscher (Die Linke) was not interested, according to the broadcaster.

The German Wind Energy Association also considers it possible that there could be larger wind turbines in Berlin. A recently completed study, which is available to WELT, sees conflicts of use in the vicinity of airports and radar systems. Nature and bird sanctuaries, as well as the surroundings of residential buildings, are also negative criteria that make it difficult or impossible to build wind turbines. However, the authors consider it realistic that 0.7 percent of the state area is available for the expansion of wind energy in Berlin.

That would be a little more than in Hamburg, which, for example, is much further along in expanding wind power in its port areas than the capital. With its six wind turbines, Berlin is currently at the bottom of the federal states.

The tenor: That’s not so much, at least Berlin’s forests don’t have to be touched. Instead, the nature conservation association looked for potential areas in commercial and industrial parks, near the motorways, in Adlershof, or at the Dreieck Funkturm. In this way, interventions “in the few remaining green open spaces in the city and the Berlin forests” can be avoided, according to a statement.

In an interview with RBB, BUND boss Tilmann Heuser made further suggestions for new wind power locations in the city: the CleanTech Park in Marzahn, an area at the Ruhleben power plant and the industrial area at the Neukölln motorway triangle. The use of green open spaces cannot be completely ruled out, even if the forests are specially protected.

For example, an area like the Grunewald would be out of the question in non-city states. In Berlin, however, at least the edge areas of the forest, for example on the Avus motorway section, could come into focus. The city must speed up, said Heuser. Experts, administrations, companies, business and environmental associations would have to sit down “very quickly”.

Jürgen Quentin from the Wind Energy Agency also called for a generous expansion policy. At the same time, in an interview with ntv, he pointed out that doubling or tripling the number of wind turbines would not be the final solution: the German capital, with its more than three million inhabitants, consumes 12 billion kilowatt hours every year. Even if the desired 30 systems “of the largest and latest generation” were to be in operation in the future, Berlin could only “cover two to three percent of its electricity requirements”.

client developed cancer after going to the manicure – NiT 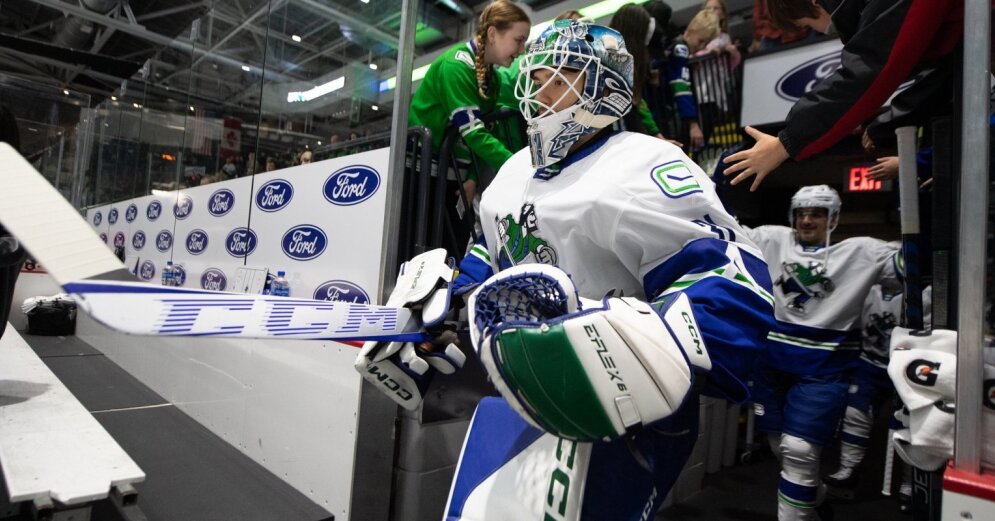 Shilov contributes to the team’s victory in the AHL match