Home » Entertainment » Eurovision 2022. Behind the scenes with Alvan & Ahez: “A long journey and a room 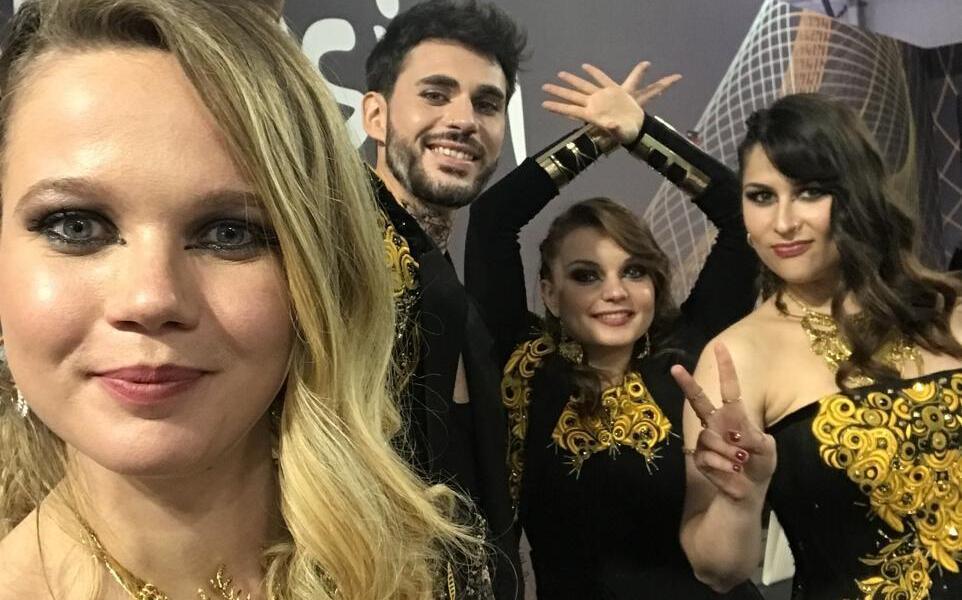 Time is running out for Alvan & Ahez. The Breton group chosen to represent France in the final of the Eurovision Song Contest 2022 has only one week left to prepare its performance, with the song Fulennin the Breton language, which will be followed by more than 200 million viewers.

Now based in Turin (Italy), the four Bretons alternate rehearsals and coaching sessions, without forgetting to respond to numerous media requests.

Pour West France, Alvan & Ahez have agreed to tell behind the scenes of their adventure, in turn. Originally from Coadout (Côtes-d’Armor), near Guingamp, the singer of kan ha diskan Sterenn Diridollou, who works at Skeudenn, in Rennes, inaugurates this series:

« Eurovision, here we come! We arrived in Turin on Wednesday evening, after a long train journey, and discovered the PalaOlimpico on Thursday, for our first rehearsal. The stage, triangular, does not seem so big but the place is huge.

We put on outfits embroidered by Pascal Jaouen. They are magnificent, beyond our expectations. We made three passages in front of the cameras, with a stopwatch in front of us, because everything is timed. Getting back to the fire, the decor, it got us back into it and it went really well, the feedback was positive.

After the last passage, we were able to do a first debriefing with the French delegation, before continuing with a press conference, in English, concluded with an extract from our song. Fulenna capella.

We ran into Chanel, who represents Spain, and The Rasmus, the Finnish group, but we didn’t have time to chat. At the PalaOlimpico, wearing the FFP2 mask is mandatory and we were treated to a first Covid test.

This Friday, no rehearsal but a day just as intense as since our qualification for the Eurovision final two months ago. We were treated to a manicure with the girls and we worked on singing and our choreography with the coaches. We made small adjustments and worked on the intention in the look, the placements, the voices…

The official clip of Fulenn, filmed at the end of April, has been posted online, we can’t wait to see the reactions of the public. As for Italian cuisine and tourism, we will see that a little later! »