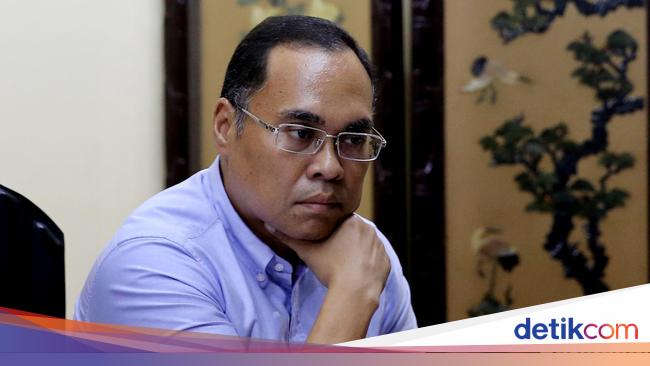 A number of observers in China consider Japanese Prime Minister Yoshihide Suga’s visit to Indonesia as a threat to the stability of peace in the region. International law expert Hikmahanto Juwana assessed that China has a desire for Indonesia to be behind it.

“From the Chinese statement, it appears that China has a desire for Indonesia to be behind it. For what reason? There is a statement that this is a threat to restrain Chinese influence,” said Hikmahanto, when contacted Wednesday (21/10/2020).

Hikmahanto said that China should not have objected if the allegations regarding the Japanese PM’s visit were correct. According to him, this is because Indonesia is a sovereign and impartial country.

“If it was true that the PM’s visit was as alleged by China, China should not have objected. Considering that Indonesia and Japan are sovereign countries. Moreover, Indonesia has a free and active polygyny, naturally we will not side with one of the opposing forces,” he said. .

He also questioned what China could offer Indonesia if the Japanese visit was seen as a threat. Hikmahanto was of the view that Indonesia would refuse if what was offered only made Indonesia dependent on Japan.

“If China feels that Japan is a threat to hold back China’s influence in the Asia Pacific, including Indonesia, then what can China offer to Indonesia,” said Hikmahanto.

“If what is being offered is to make Indonesia dependent, then Indonesia will clearly refuse. Indonesia will prefer Japan, even the US, Australia or European Union countries,” he continued.

Hikmahanto said, currently Indonesia does not reject loans from outside parties. However, he considered that this loan was not a loan that made Indonesia dependent on other parties.

“Indonesia under the leadership of President Jokowi does not prohibit foreign loans, as long as these loans do not make Indonesia dependent. This is precisely what China wants,” he said.

Hikmahanto assessed that Indonesia needs to remain free and active even though it is dragged into the interests of the South China Sea, between the US-Japan and China. This is because Indonesia implements a free and active foreign policy for the national interest.

“Yes, as we are now free and active, we do not betray any country. Indonesia implements free and active polygyny for Indonesia’s national interests, so the President opened himself up to PM Suga’s visit, even allowing Defense Minister Prabowo to go to the US to discuss defense issues,” he concluded.

A number of observers in China said PM Suga’s visit to Vietnam and Indonesia indicated that Japan was actively starting to help and ensure the Indo-Pacific strategy to contain China’s influence in the Southeast Asia region.

Media belonging to the Chinese Communist Party, The Global Times, reported observers were also worried that the agreement made by Japan in Southeast Asia would threaten the stability of peace in the region.

The Global Time quoted Da Zhigang, director and researcher of the Institute of Northeast Asian Studies at the Heilongjiang Provincial Academy of Social Sciences as saying a military deal would increase the difficulty of reaching a multilateral consensus on the South China Sea dispute.

Watch the video ‘Japan Will Open Travel for Indonesian Citizens for Business Affairs’: