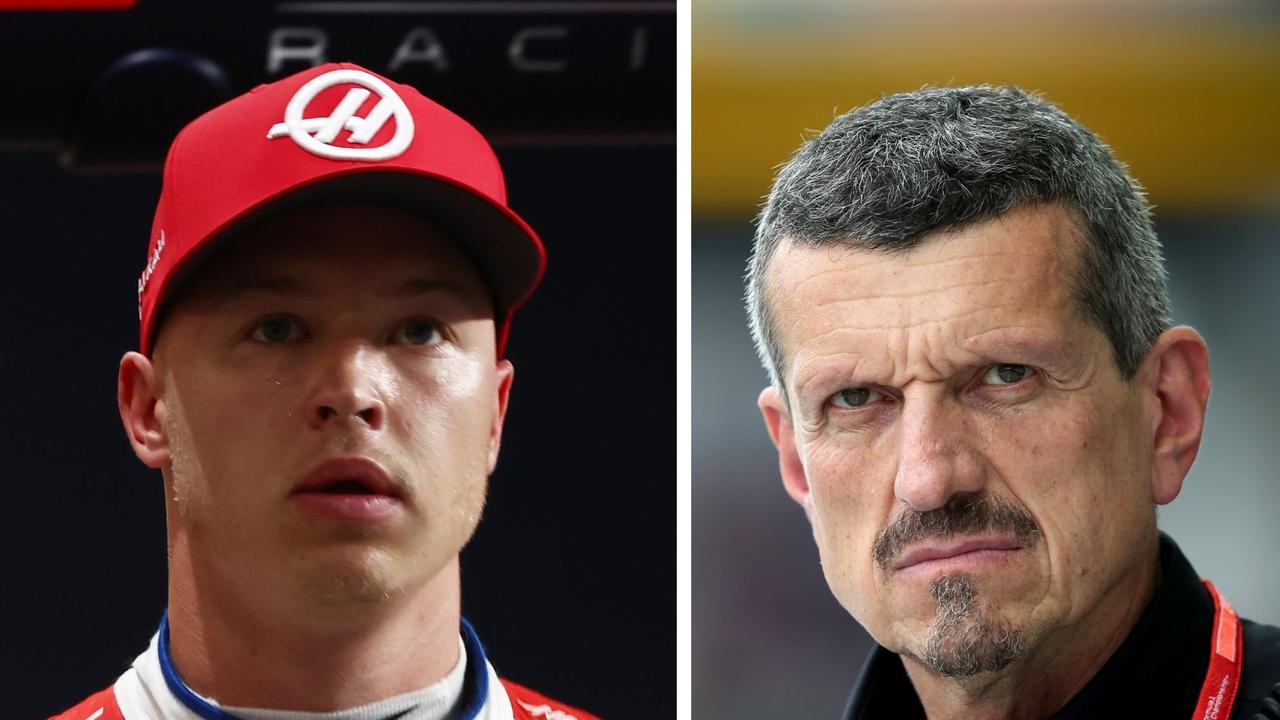 Haas revealed its shock replacement following Nikita Mazepin’s axing but the Russian has hit out at the ice cold way he found out he’d lost his job.

Former Russian driver Nikita Mazepin has come out swinging days after he was unceremoniously dumped from the Haas F1 team.

Earlier this week, Haas revealed it had dropped both Mazepin and his billionaire father Dmitry’s company Uralkali as the team’s major sponsor.

The writing was on the wall after Haas decided to remove its sponsors colours during testing in Barcelona and Haas team principal Guenther Steiner refused to back Mazepin to hold onto his place in the team following the Russian invasion of Ukraine.

The pressure to swing the axe ramped up when Motorsport UK banned all Russian and Belarusian racers from competing at the British Grand Prix.

After his axing was revealed, Mazepin took to social media, writing: “While I understand the difficulties, the ruling from FlA plus my ongoing willingness to accept the conditions proposed in order to continue were completely ignored and no process was followed in this unilateral step.”

But the message was just the first salvo as Mazepin broke his silence in a media conference on Wednesday.

He said he was ready to sign a document which would allow him to drive under a neutral flag.

After learning of his sacking at the same time the rest of the world did, he said he wouldn’t want to return somewhere he’s not wanted.

“I value relationships a lot,” he said. “I believe that F1 is a unique sport because it is very much about team building.

“And this chemistry that you have ongoing between your male and female colleagues to get the car in a position where it can do well, and I was very disappointed because the way it was handled.

“I have been worried about my future ever since I left Barcelona and I have been told that if the FIA or the governing body allows me to compete on their rules, and I agreed to them, there will be no actions to remove me from the seat, because there is no legal obligation or reason to do so.

“In my previous relationships with Gunther, which I rated a very good one and respected him as a man, very much so, I have been used to believe 101% in his words, He’s a team principal, and if he says something it normally happens, or it always happens.

“But I have not heard any information from the team ever since this happened. And I learned about the firing of me the same time as it had been released to the press.

“I’d like to think I’m a young man at 23, and I was not ready for it. I didn’t receive any hint or any support to say that this is a decision we’ve taken, it’s going to go live in 15 minutes, just be ready for it.

“I obviously had a lot of messages from people, and I just learned at the same time as you guys did.”

Uralkali had already said it would launch legal action over the sponsorship money it’s already paid in 2022, while Mazepin didn’t rule out his own legal moves but said he wouldn’t want to return to Haas.

It comes just days before the new season of Netflix’s Drive to Survive is released where Steiner and Mazepin’s relationship will be laid bare.

During one race, Steiner says “F*****g hell, that’s why people hate you” after Mazepin gave his engineers a hard time during a race and was uncooperative during a debrief.

Steiner then gave the 23-year-old a dressing down, reportedly saying: “First of all I want to tell you that we really try to help you, but you need to help me as well.

“When you speak on the radio, do not be aggressive – you don’t achieve anything.

“If we are not united as a team then we’re all going to s**t. We are getting you closer to Mick [Schumacher].

“I know that is the f***ing frustration, but there is not a magic thing for this car and I think Mick can deal with it better.”

Mazepin had been a controversial figure since coming into F1.

It was no secret that he was signed at least partially due to his father being a billionaire and the team signing him while looking for “drivers with financial backing”, but he was quickly embroiled in a scandal when he groped the breasts of a young woman.

His driving ability also came into question as he crashed on his first lap in the F1, and had several run ins with the Schumachers, including teammate Mick.

Ralf Schumacher told Sky Sports Deutschland that it was “a shame” but also the right call.

“It’s a shame for Nikita, because he can’t do anything about it and it has absolutely nothing to do with him,” Schumacher said.

“I realise it’s a difficult situation, but a split is the only right option.

“From a sporting point of view, this can also be a good decision for the team.

“It had to come to this separation mainly for two reasons: one is the pressure from outside, the other is the fact that Haas is an American team.”

Kevin Magnussen on Wednesday returned to the Haas Formula One team to replace Mazepin.

Haas said 29-year-old Magnussen had signed a “multi-year contract agreement” and the Dane will drive in the official pre-season test at Bahrain from Thursday to Saturday.

“When looking for a driver who could bring value to the team, not to mention a wealth of Formula 1 experience, Kevin was a straightforward decision for us.”

Magnussen, a veteran of 119 career Formula One starts – with a podium finish on his debut in 2014 – raced for Haas between 2017-2020 after stints with McLaren and Renault.

He scored a career-high ninth finish in the driver world championship with Haas in 2018.

Magnussen was dropped by Haas, along with Romain Grosjean, and replaced by Mazepin and Mick Schumacher for the start of last season.

“I was obviously very surprised but equally very excited to receive the call from Haas F1 Team,” Magnussen said.

“I was looking in a different direction regarding my commitments for 2022 but the opportunity to return to compete in Formula 1, and with a team I know extremely well, was simply too appealing.”