Fathers’ brains shrink after the birth of a child. The Spanish study

Home » World » Fathers’ brains shrink after the birth of a child. The Spanish study 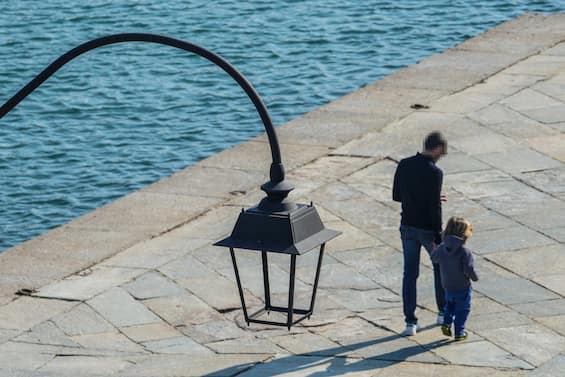 A study by researchers at the Carlos III Health Institute in Madrid, published in Cerebral Cortex, suggests that men also undergo brain changes after the birth of their first child. While the reason remains unclear, researchers have suggested that this change could make it easier for fathers to connect with their children.

How the mind of man changes

Parents sharing photos of their children on social media: the risks of

According to the Spanish study, fathers would lose a percentage or two of their cortical volume after the birth of their baby. Although previous studies had shown that motherhood could change the structure of women’s brains, as a part of the brain – that of the limbic subcortical networks – is associated with the hormones of pregnancy, the news about men is very curious. “The study of fathers offers a unique opportunity to explore how parenting experience can shape the human brain when pregnancy is not directly experienced,” wrote the researchers, led by Magdalena Martinez-Garcia. In order to carry out the study correctly, the researchers used magnetic resonance imaging (MRI) to evaluate the brains of 40 heterosexual fathers.

The study reveals that half of the fathers resided in Spain, while the other half in the United States. The first part participated in brain scans performed before their partner’s pregnancy, and after a few months after the birth of their children. The second part of the participants took part in scans during the mid-late stage of pregnancy, and after seven, eight, months after birth. At the same time, as a control group, 17 other childless men residing in Spain were also scanned, with the researchers focusing on its thickness, structural properties and volume. Although the results showed that the men did not undergo changes to their limbic subcortical networks, as unlike the women, signs of brain changes emerged in the area of ​​the brain involved in social understanding, hence in their cortical gray matter. A decrease was detected in their visual system. ‘These findings may suggest a unique role for the visual system in helping fathers recognize their babies and respond accordingly, a hypothesis that will need to be confirmed in future studies,’ concluded the researchers.

Read also  The page reveals Dara K. The mother of the Forex-3D team, the clients of many celebrities | News show this morning