Federer: “Writing the message for the fans was very emotional”

Home » Sports » Federer: “Writing the message for the fans was very emotional” In London, the place where he has achieved many of his greatest successes with eight Wimbledon titles and two of his six Masters wins, Roger Federer writes the last episode of his career as an active tennis professional this week at the Laver Cup continents competition. Time to chat with a small group of Swiss journalists about his emotions over the past few weeks and months.

Although the room doesn’t have much light, it’s appropriately called the “Fab Room”. The 41-year-old superstar offers the seven journalists, most of whom he has known for many years, a coffee and then makes himself comfortable. He takes a lot of time for his fellow countrymen who have traveled there. “I missed you journalists a bit from time to time,” he says, laughing.

Roger Federer, how did you experience the time before the decision to resign?

‘I’m better now. I had lumps in my stomach before. Writing the message for the fans was very emotional. I put everything off for so long. It’s a big step, even though I knew it would come one day. Now I can talk about it much more easily.”

Was there any doubt about the decision?

«There is no doubt. But it was also exhausting to keep the whole thing to myself. The knee just stopped making progress, it had reached its maximum. I had come to a crossroads. So I had to ask myself what that would bring. The ice had become very thin. I knew it was the right decision.”

Until when did you still believe in the comeback?

“Up until and including Wimbledon, I really thought it could come again. By early summer I was ready to do athletic stuff again. At some point it became too much for the knee. I realized, uiuiui, it’s going too long, now it’s going to be difficult.”

When did you make the final decision?

“As I stood on the court for the 100th anniversary celebrations at Wimbledon Center Court, it crossed my mind that this might be the last time. At first I didn’t want to go. Then Frank Sedgman’s daughter asked me to make a video for him. He is the only one to have won singles, doubles and mixed at Wimbledon. He would have liked to come too, but he’s 93 and lives in Australia. That’s what I thought, and I’m so close, in Switzerland. So I checked my agenda. It said “RF off”. (laughs) So free. I’m very glad I went. After that I was still on vacation and avoided the topic. But it was also difficult for my parents and those around me, who knew how I was doing and didn’t know what to say when asked. I had to let everything sink in a bit. I was so tired, had given so much for the comeback and rehab, to always be positive with my knee. After the decision, it fell away.”

How is the knee now?

«I played with Tsitsipas today (Tuesday) and yesterday. It was clear beforehand that I couldn’t play singles. That’s another reason why it was clear that I couldn’t compete in Basel again. But with the way the Laver Cup is going, I think I’ll be able to play doubles on Friday night. I asked Björn Borg (Captain of Team Europe) if that’s okay. He said it was already a dream to see me on the tennis court again. I’ll try it. I was actually pleasantly surprised by my level.”

You have never spoken specifically about the severity and nature of your knee injury.

‘And probably never will. That’s a private matter, some things I don’t even know for sure. The whole comeback last year was extremely tough, I was so far from 100 percent. The quarter-finals in Wimbledon was actually incredible. The last set against Hurkacz (0:6), when I realized that it was over, that was it, was perhaps the worst hour of my career. After that I had rockets in my head and thought to myself: What am I going to tell the press now? Nevertheless, I was still able to enjoy being on the pitch again.”

Does your knee cause any problems in everyday life?

“In everyday life everything is okay. Of course, the goal is for me to be able to ski and play football again. It’s not like riding a bike or swimming. We will see.”

You once said you didn’t need a cheesy degree after your career. Didn’t you have a specific tournament in mind?

“I never had a specific tournament in mind as a conclusion. I just wanted to play in front of people again. At some point I realized that it probably wasn’t enough for Grand Slams anymore, but maybe 250 or 500 tournaments. That would be enough for me.”

Read also  88-76: Years and generations go by and Spain is still golden!

You promised you would keep playing tennis.

“I don’t want to take away the fans’ hope that I’ll be there again. I think it’s such a shame when former top players retire and you don’t see them anymore. As with Borg for 25 years. To each his own, but that’s not me. I love this sport so much, I want to continue to be close to it. I also have the opportunity to fill stadiums with exhibitions. It doesn’t always have to be the biggest, you can have a good time with 10,000. A big wish is another match in the next 6 to 9 months, to which I invite all my former coaches and friends to say goodbye and thank you. »

Do you have any other concrete plans for the future?

“Not yet. I never thought I’d say that (laughs) Never! But a few months ago I thought: Why not comment? Now and then, at Wimbledon for example. That would help keep in touch with players and the tour. But I haven’t thought much about it yet. I have the great advantage that I don’t have to. I can want.”

How did your family take the resignation?

«It was also a right process for (wife) Mirka. The last few years have probably been tough, she probably didn’t enjoy watching anymore. I think it’s a great relief for them. I only told the children the day before the public video message. They got very emotional and then asked: Can we no longer go to Wimbledon, Halle or Indian Wells? You’re a little sad, but you’ve always expressed the wish: stop playing tennis, we want to go skiing.”

Was it a kind of mourning process for you too?

«Yes, you can say that. At first I was sad, then I suppressed it, then a kind of mourning process. went through It must have been good for me, so I can now give interviews. Six weeks ago I wouldn’t have gotten a word out. It’s supposed to look more like a party than a funeral. I told Tony (Godsick, the manager) that if you organize something at the Laver Cup, it’s best not to talk. Not that I don’t bring anything out in the limelight.”

How did you decide on the type of announcement?

«First I wanted to write a letter and post it. Then I realized that it’s a huge letter, way too long, maybe people won’t be able to read my handwriting. Why not an audio message? Now I’m very happy. In total, I wrote about 20 versions and went through every word x times.”

How did you take reactions?

«When it went online I waited and looked. And then realized that it would take a moment before they heard what I was ‘talking about’. (laughs) So there was nothing for four and a half minutes. I was particularly happy about the reactions to me as a person that have nothing to do with records. » 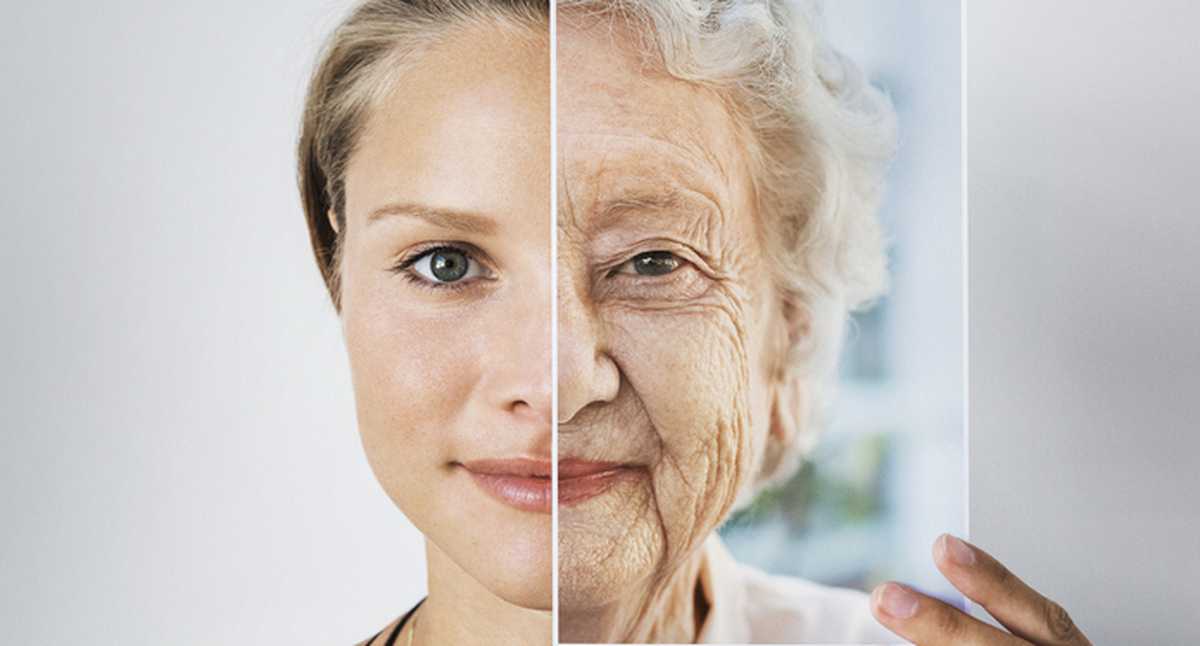 Homemade collagen to eliminate wrinkles with two ingredients: this is how it is prepared 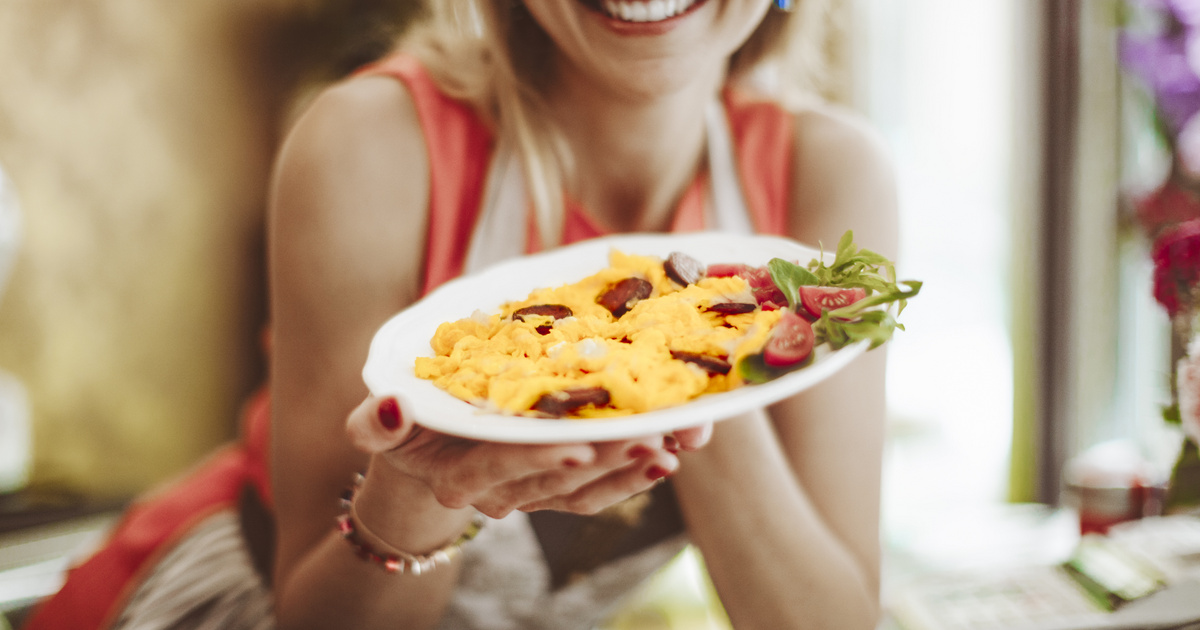 5 tricks that will make your scrambled eggs tastier