Fight against Corona: can the COVAX vaccination target be achieved? | World | DW 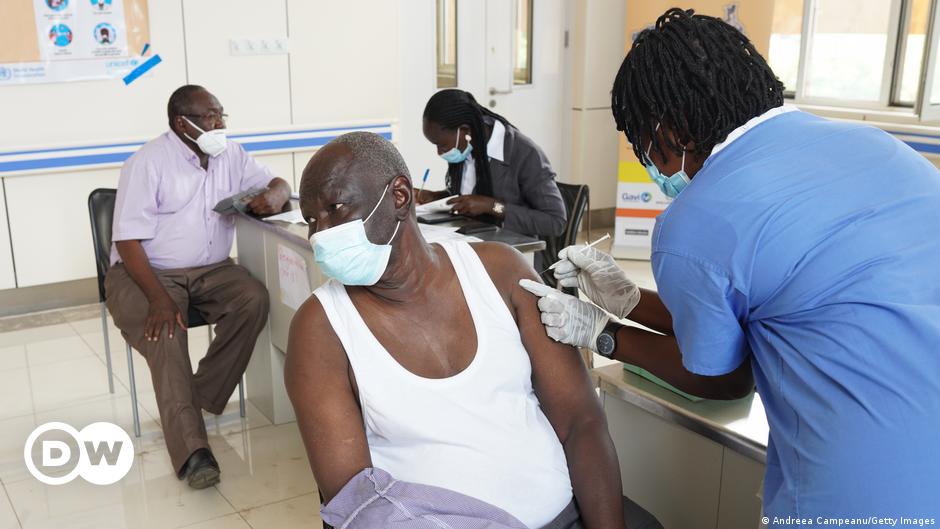 For months, the WHO has been appealing to rich countries to deliver vaccination doses against the coronavirus to the international vaccination initiative “COVID-19 Vaccines Global Access”, or COVAX for short – so far with rather moderate success. While in countries like Germany, according to the Robert Koch Institute, around 45 percent of the population has now been vaccinated at least once, vaccination has only just begun elsewhere. In some countries, such as Tanzania and Chad, vaccination campaigns have not even started.

“The inequality in vaccination is a major challenge: 75 percent of vaccine doses went to only ten countries. Less than one percent of all doses went to low-income countries,” the WHO also wrote in a written statement from DW. “Unfortunately, this represents a two-pronged recovery from the pandemic.”

But apparently there has been a U-turn in the past few days: COVAX collected 2.4 billion US dollars (1.9 billion euros) in additional funds at a virtual donor conference – around 400 million dollars more than hoped for. Based on the donations that have been promised, the initiative says it can provide 1.8 billion more vaccine doses against the coronavirus for people in poorer countries.

“Drop in the ocean”

With these commitments, COVAX could have come a little closer to its claim to a more even distribution of vaccines worldwide. But in the opinion of aid organizations, the commitment does not go far enough, criticized Mareike Haase, consultant for international health policy at “Bread for the World”, in an interview with DW. “Of course, the countries also pursue their own strategic interests and donate more directly to friendly nations. In our view, however, it would have to go through COVAX for a fair distribution.”

Arrival of the vaccines in the West Bank: According to aid organizations, the commitments are a “drop in the ocean”

Among other things, the USA recently promised to deliver around 80 million vaccine doses to poorer countries in Latin America and the Caribbean, South and Southeast Asia and Africa. US President Joe Biden said that only about three quarters of this will be distributed via the international COVAX initiative, the rest will be delivered directly to the countries.

In addition, the quantities are only the famous “drop in the ocean”, criticizes Haase. “These are only short-term solutions.” The required booster vaccinations and new mutants made greater efforts necessary. “We will always find ourselves in the situation that poorer countries cannot afford the vaccines and that is why COVAX is simply falling short here.” Haase also calls for patent protection to be suspended for the period of the pandemic, but the EU is currently still rejecting this.

India is getting out – at least for a while

COVAX is also likely to experience a major step backwards as a result of India’s export stop. The Serum Institute of India (SII) was one of the largest vaccine donors in the world. But now – probably until October – no more vaccines are to be carried out. Originally, the export should start again in June. Tens of millions of vaccine doses could be missing. The world’s largest manufacturer, Serum Institute, produces corona vaccine in India for the British-Swedish pharmaceutical company AstraZeneca – and was previously Africa’s most important source of vaccines.

Selfies in the Indian vaccination center: The country needs the vaccination doses for the very rampant pandemic in its own country

But India itself is currently being hit hard by the pandemic. The originally announced exports were promised when India recorded comparatively low infection numbers. Then in the spring, the seven-day incidence per 100,000 population rose to a maximum of around 200 in just a few weeks. “We are seeing the traumatic effects of the terrible wave of COVID-19 in South Asia – a wave that also impacted global vaccine shipments, including COVAX , has severely impaired “, the WHO explains in writing to DW.

Large donations on the one hand, the loss of exports on the other hand: aid organizations like Bread for the World also view COVAX critically: “From our point of view, COVAX is a system that has basically already been shown to not work”, says DW speaker Mareike Haase. From their point of view, the voluntary nature on which COVAX is based is particularly problematic. “That is the problem that the countries preferred to secure vaccines bilaterally rather than through COVAX, bought the market empty and hoarded vaccine doses. At the same time, COVAX was never adequately financed and companies preferred to sell their vaccines to the highest bidders rather than themselves Engage COVAX. “

But Haase is also critical of the goals of COVAX: While the original plan was to vaccinate people to the point of herd immunity, only 20 to 30 percent of the population is now spoken of – i.e. only a fraction of what would actually be necessary to avoid the pandemic to bring it to a standstill as far as possible. “We would have wished from the start that there would be a different, binding system, one that is geared towards equality and enables all countries to have access to vaccines.” The donation pledges from Germany and the USA must therefore “be viewed with caution, if you also look at the large gap”.