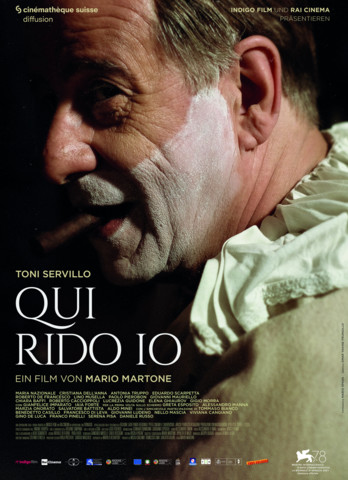 This loud and turbulent epic tells the story of a not-so-unusual Italian family that deals with emotional blackmail, sacrifice and the almost religious worship of an ambivalent father figure. Incidentally, the family has produced some of the most important actors and authors in Italy.

The Neapolitan Eduardo Scarpetta (Toni Servillo) is one of the most influential actors and theater directors in Italy at the beginning of the 20th century. His burlesque comedies are very popular with the public, but critics and writers smile at them as trivial. The author Gabriele d’Annunzio (Paolo Pierobon) allegedly takes him just as little seriously and gives him the rights to one of his dramas for satirical revision. But shortly afterwards he accuses him of plagiarism. This conflict will only cement Scarpetta’s position, but raises the question of his successor, which is delicate to say the least given the complex web of legitimate and illegitimate children.

With this more than two-hour epic, the Italian director Mario Martone opulently stages an important piece of Italian intellectual history with a charismatic Toni Servillo (“La grande bellezza”) in the leading role. In a humorous way, the film brings historical figures closer to you that you probably didn’t even know in detail in Italy, but whose importance for Italian film and literature of the post-war period subsequently becomes unmistakably clear.

“Qui rido io” is also an existential drama about identity, dignity and family honor, which, thanks to the dense screenplay and above all the consistently sovereign performance of the cast, never seems ponderous or sentimental.