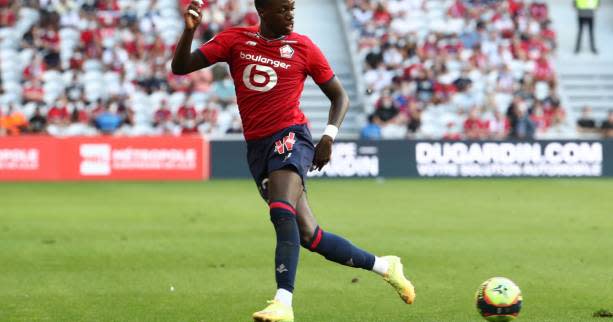 Timothy Weah, back from injury and very successful Saturday in Strasbourg, dreamed of playing in the Champions League, a competition in which his father George was a star. He will play his first C1 match on Wednesday in Salzburg. “What kind of match do you expect in Salzburg on Wednesday in the Champions League?
It is a very good team which dominates its championship. They have a lot of young talents. One of which I have known well since I was little. For our part, we are on the right track. You just have to continue step by step. Which player are you talking about?
The Brenden Aaronson (Salzburg attacking midfielder). I’ve known him since I was 11. We played for the national team (American) together since I was very young. He is from Philadelphia me from New York. Both from the East Coast. We’ve been in a relationship for a long time. I’m proud of him because he’s playing for a good team and playing well. I hope I can talk to him after the game. “(In Strasbourg) It was the best moment to show how I could help the team” How to explain the rise of your team and yours?
I’m starving. And I think everyone else too. In Strasbourg (2-1, Saturday), it was a very tough match, a high level fight. But we stayed together. It will be another fight against Salzburg, a high level match. We always want to go find something but we must also remain humble. Does your performance in Strasbourg allow you to consider taking on more responsibilities?
What I know, above all, is that I had just missed three weeks of competition due to injury (thigh). It was the best time to show I could help the team. The coach trusts me. I have not often played in pointe (like at La Meinau) but rather on the side. But I got along well with Jonathan (David). We had a very good game. I am very happy to be with the team. read also Jonathan David is in great shape before facing Salzburg Are you in a position to continue this Wednesday against Salzburg?
Saturday was my best game in terms of stats. It was important to win, to show what we could do. Everyone has the confidence. We want to do great things. You will play in the Champions League for the first time, in the footsteps of your father …
It will be my first match in C1. It is something incredible. Since I was little, I have dreamed of this. Two years ago, Lille was in C1, I was injured. This time, I’m in it. God blessed me. Three weeks ago I couldn’t play. My father advises me a lot. My mother too. I am very excited to get to this stage. “