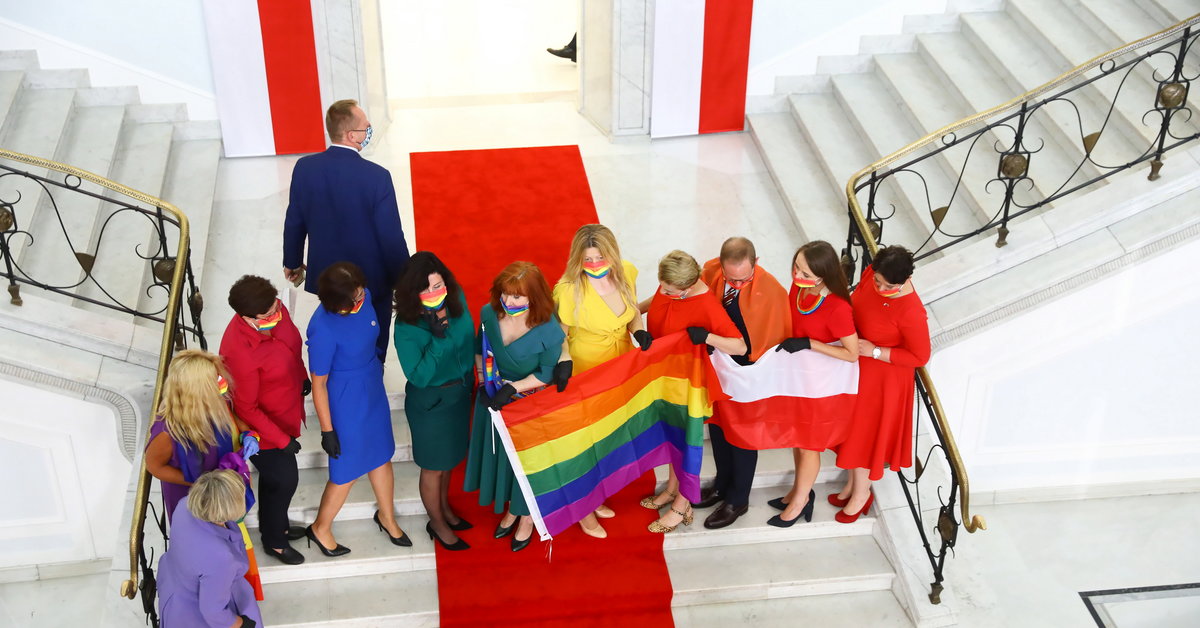 Among people dressed in colorful, former members of the Left, incl. Wanda Nowicka, Magdalena Biejat, Joanna Scheuring-Wielgus and Agnieszka Dziemianowicz-Bąk, as well as MP Włodzimierz Czarzasty. Some also wore rainbow colored masks. – Disrespect for the event, for the institution and, above all, for the president – this is how Krzysztof Sobolewski, the head of the PiS Executive Committee, told Onet about the behavior of part of the opposition during the swearing-in ceremony of Andrzej Duda for the second term.

What are they writing about the situation in the foreign media? The Associated Press reports on the Left’s action, stressing that it was “a protest against what they believe to be homophobia by Duda and other conservative politicians. Some MPs also kept copies of the constitution to signal their belief that the president was violating it.”

In “Bild” the assessment that “it will certainly not be better for gays and lesbians in Poland”. Writing about the swearing-in of Andrzej Duda, it was indicated that “not everyone liked it”. “The celebrations in the Polish parliament were marked by the opposition’s protests against Duda’s policy,” we read. It was also added that Andrzej Duda, “like Russian President Vladimir Putin, would like to abolish” the LGBTQ + symbol.

Reuters also noted the action of the Left, writing about a gesture of solidarity with the LGBT + community. Reuters also recalled the controversial words of Andrzej Duda from the presidential campaign: “LGBT is not people, but ideology.”

In turn, a photo of Polish MPs in color appeared on AFP Twitter, where it gained great popularity:

– We wanted to remind President Andrzej Duda that the constitution guarantees equality for all of us. We do not want a similar situation during his next term in office as during his campaign, when the president dehumanized LGBT + people by denying them the right to be human – said one of its participants, Anna Maria Żukowska.

Do you have an interesting topic? Write us a letter!