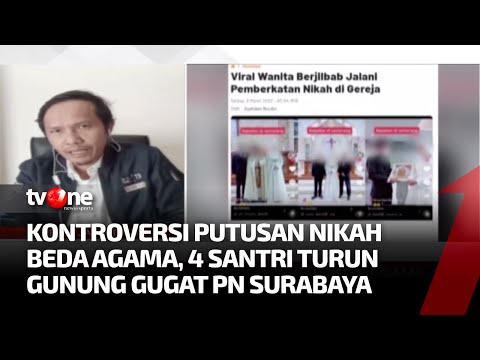 Surabaya, East Java – The Surabaya District Court (PN) was sued on charges of violating the law, after granting an interfaith marriage request for two Surabaya residents, RA who is Muslim and EDS is Christian.