Awards presented as part of the diagonal

Vienna (OTS) – After a break in the previous year due to the pandemic, the Franz Grabner Prize for humanistic documentary filmmaking in the categories TV and cinema lent. The award, launched in 2017 in memory of the ORF journalist and long-time director of the ORF TV culture documentary, who died in 2015, honors filmmakers for their ethically and morally responsible and credible use of the medium. The film portrait “Erich Fried – Dichter im Porzellanladen” by Danielle Proskar, co-produced by the ORF, won the best television documentary, while the best cinema documentary was the production “Weiyena – Ein Heimatfilm” by Weina Zhao and Judith, which was supported by the ORF as part of the film/television agreement Benedict.

The Franz Grabner Prize is organized by the Grabner family, AAFP, ORF and Diagonale. The prize money of 5,000 euros per film – donated by AAFP and ORF – is intended for the development of the award winner’s follow-up project. The award ceremony took place as part of a ceremony – with the support of the Federal Ministry for Art, Culture, Public Service and Sport, Fernsehfonds Austria, Film Commission Graz and dok.at. The speech was held by the German film critic and curator Dennis Vetter.

“The award, donated to the memory of our deceased colleague Franz Grabner, is a task and obligation for us and the entire industry to uphold and maintain his legacy: his commitment to Austrian filmmaking, his humanitarian worldview and his courage to find new ways of storytelling and promote,” emphasizes Sharon Nuni, head of the ORF TV culture documentaries department. “All the productions that were nominated this year live up to this claim. They make a cultural and social statement and deal with explosive topics in a clear handwriting. I am particularly pleased about the award for ‘Erich Fried – Poet in the Porcelain Shop’, a production that the culture department of ORF television co-produced with ORF-3sat and epo-film. Director Danielle Proskar has proven once again that she can tell literary content in a magical way, but her TV films never lose depth despite their accessibility. Erich Fried wrote against the war all his life, even at times when his radical pacifism seemed uncomfortable to many. His portrait seems all the more relevant today,” says Nuni.

“The Franz Grabner Prize was initiated six years ago to commemorate the namesake to strengthen the status of Austrian cinema and television documentaries. Throughout his life, Franz Grabner advocated quality journalism and public service broadcasting that was politically independent and allowed artistic visions and experiments the necessary space. A claim that should be emphasized with all clarity, especially in times of war propaganda, fake news and the unfiltered ventilation of conspiracy theories,” emphasize Diagonale directors Sebastian Höglinger and Peter Schernhuber.

Reasons of the expert jury

“Erich Fried – poet in the china shop”
“The Vienna-born Jew Erich Fried (1921-1988) was a kind of pop star of the political left from the 1960s to 1980s and, last but not least, also a bestselling author. His readings of poetry were like proclamations, his proclamations of his poetry. The documentary by Danielle Proskar brings this veteran of political discourse back to life. In a cleverly assembled collage, she traces the divergent life lines of the exile whose father was murdered by the Nazis. She classifies, but avoids flat assignments. It gives space to those who speak powerfully, but also to those close to them and those who are loyal to them. It shows a belligerent who always takes risks. Who knows about his own contradictions and always listens to the other side. And so she rediscovered Erich Fried for us, as a forefather of political activism.” This was stated by the jury in its statement.

“Weiyena – A Homeland Film”
“Listen and see – what is said and what is left unsaid. A vulnerable undertaking in remembering and questioning one’s own family history. An intimate transgenerational portrait: with a view to the history of migration, to the realities of life in China, during and after the dictatorship. On rifts, ruptures and contradictions in storytelling. Supported by sensitive and beautiful camera work, a loving look emerges at a network of people, at fragments of their lives and the connecting lines that the filmmakers weave together into a dense texture. Filmmaking allows Weina Zhao to change roles and perspectives, allowing for exploration and understanding of things beneath the surface. A subtle film succeeds, supported by a personal approach. A film that doesn’t shy away from revealing its documentary method.” With these words, the international jury justified its decision.

Also nominated in the TV category were the ORF co-production; “All Beginnings – The Path of Midwives” by Karin Berghammer and the ORF “Am Schauplatz” two-part series “Ischgl in a State of Emergency” and “The Great Silence” by Ed Moschitz. Also in the cinema category were “WOOD – The stolen forest” by Ebba Sinzinger, Michaela Kirst and Monica Lăzurean-Gorgan as well as “Marko Feingold – A Jewish Life” by Christian Krönes, Florian Weigensamer, Christian Kermer and Roland Schrotthofer – both also from ORF Productions funded under the Film/Television Agreement – ​​in progress.

Turkey, opportunity for Sevilla with Januzaj

Follow-up message to: Schopfheim: escape from the accident on Wehrer Strasse – notes appeared 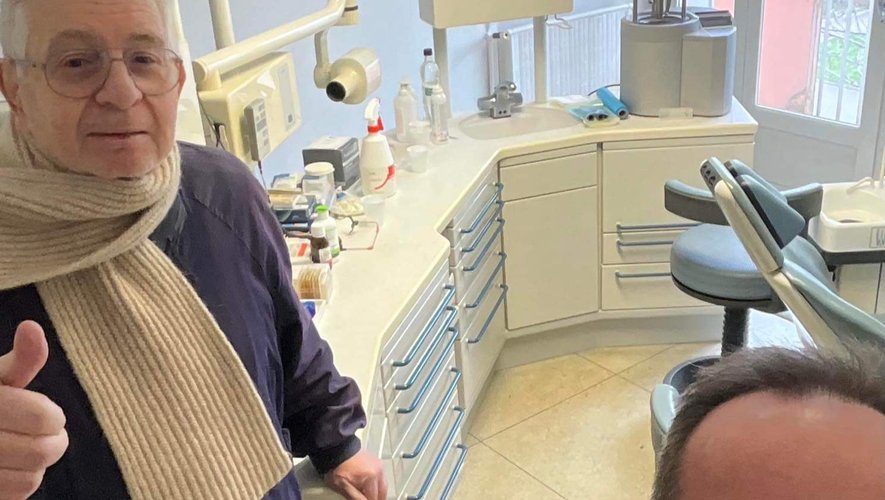 Toulouse: a retired dentist bequeaths all his equipment to a Ukrainian hospital

Tennis: Is Novak Djokovic better than Federer and Nadal?

“We must restore the death penalty”, the words of a French YouTube star divide