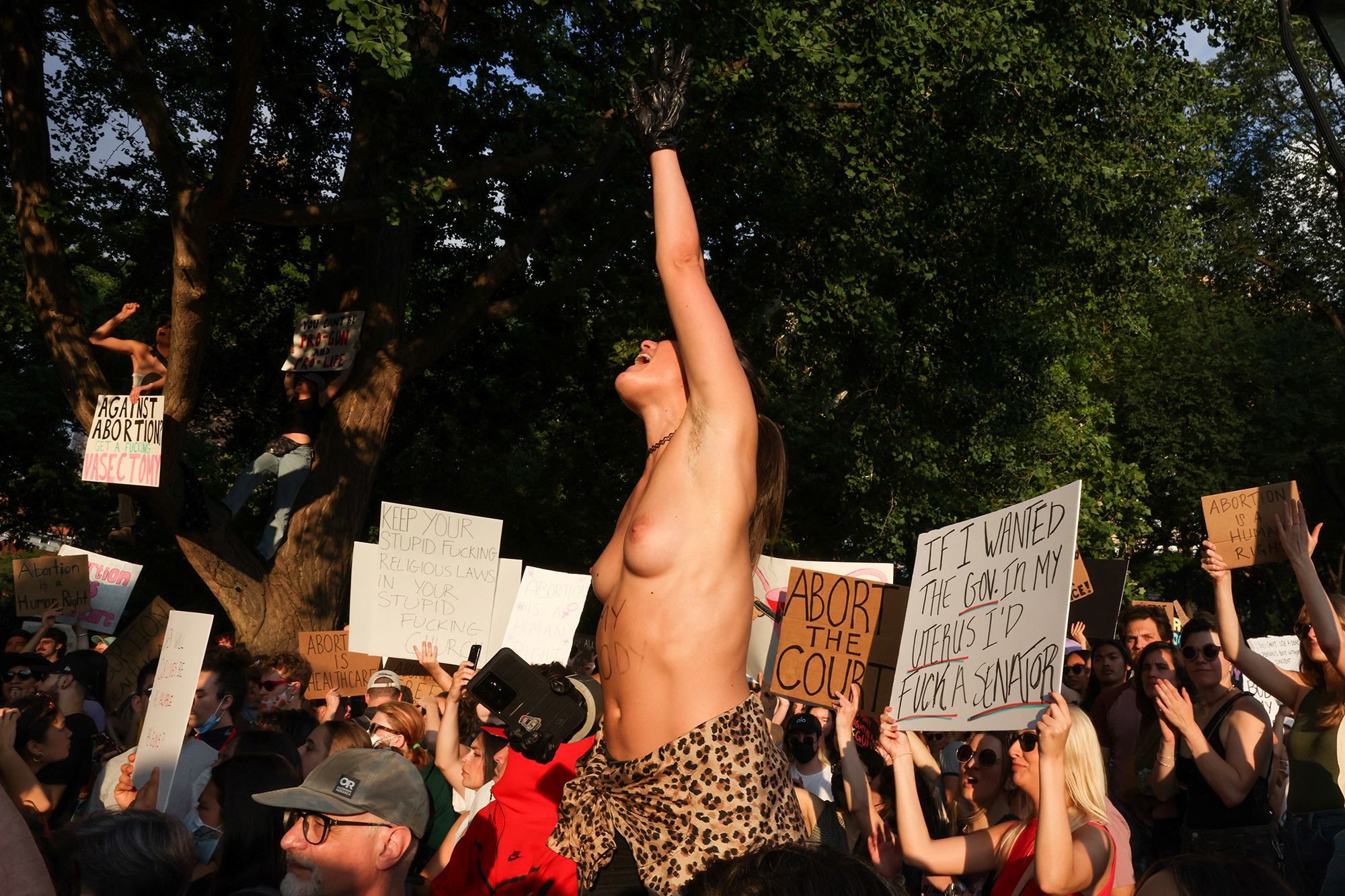 “My body, my choice”: thousands of people demonstrated Friday evening in New York and Boston, shouting their anger after the burial of the right to abortion decided by the Supreme Court of the United States. Wearing green scarves and holding signs as they marched between two well-known Manhattan squares, a majority of young women demanded that their rights to control their bodies be restored and respected.

“It’s insane! We have gone back 100 years (…) It is insane that we have to continue to fight for this”, protested Brandy Michaud, a New York protester. Also questioned by AFP, Wendy Erhardt said she found the historic about-face of the Supreme Court “scandalous”: “I am 50 years old, I am so grateful to older women and I never imagined having to worry about losing a fundamental right.

Between the improvised banners and the slogans hastily written on cardboard or sheets of paper, the anger and helplessness of the younger generation were clearly perceptible between Union Square and Washington Square, in the heart of Manhattan. Andrew Reisman, too, is worried: “women’s rights are human rights and this decision is the first of a long list that will remove one by one each of our rights”, he is alarmed in allusion. fears that the very conservative Supreme Court will also attack same-sex marriage, or even contraception.

Present at the demonstration, the Democratic Governor of New York State Kathy Hochul, who was the first Friday morning to denounce a “setback in the rights of millions of American women”, accused the Supreme Court of being the “most reactionary , probably, of the history of our nation”. “We will counterattack. The rights are guaranteed here in the State of New York (…) It is a sanctuary” for women from other conservative states who seek to have an abortion, hammered the elected official.

Also in Boston, the great historic city of New England, thousands of people took to the streets to defend the right to abortion. Almadell Smith, 73, bluntly recounted having “lived in the days when abortion was illegal, when women had to abort illegally and when women died from botched abortions”. “Either they got pregnant and had to abandon their children in great heartache, or their boyfriend was furious and tried to punch in the stomach and kill the baby. It was the time”, testified the septuagenarian.