From Nina Simone to Hugues Aufray … “Mr Bojangles”, a song full of stories 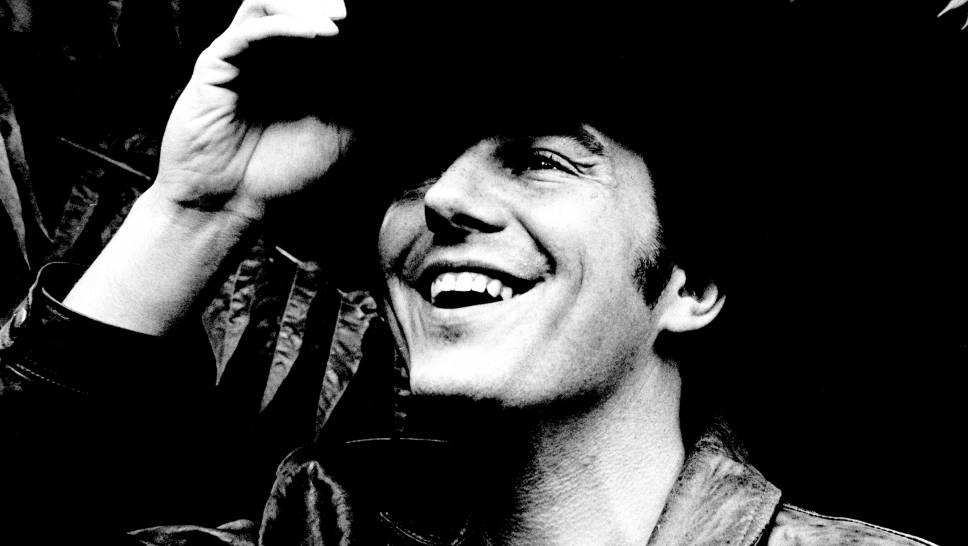 In theaters since January 5, “En attendant Bojangles” has Virginie Efira and Romain Duris dance to a title that has remained famous in Nina Simone’s version, and reinterpreted for the occasion. We owe the original to a certain Jerry Jeff Walker. History of a song with drawers.

In Olivier Bourdeaut’s successful novel, Waiting for Bojangles, the couple of characters (Camille and Georges) have their favorite song Mr Bojangles, as interpreted by Nina Simone in 1971. It is the best-known version now thanks to the prestige of the singer and pianist, who has continued to grow since her death in 2003. But for lack of having obtained the rights to it , the film that Régis Roinsard took from the book makes Virginie Efira and Romain Duris dance on another Bojangles, re-recorded by Marlon Williams, New Zealand singer and author of the album four years ago Make way for love, and whose bewitching voice was praised on this occasion. The illusion is almost perfect, because said Williams, with string arrangements to this, sticks as closely as possible to Simone’s version – without however equaling its emotional power.

It was probably the great Nina who put the best spell on Mr Bojangles, and it is true that his voice, here as elsewhere, would draw tears from a brick wall. We are forgetting the original a bit, which has quite a story. The author is Jerry Jeff Walker (real name Crosby!), A folksinger who started on the New York scene in the mid-sixties.

In 1965, while in New Orleans, he stayed in a local prison for sobering up. In his cell, a few other guys, including a street entertainer who’s half homeless (« silver hair, a raggy shirt, baggy pants ») who calls himself Mr Bojangles in homage to a famous tap dancer, Bill “Bojangles” Robinson. This one, true black star of vaudeville, then of Broadway in his time – the years 1920 and 1930 -, to whom Fred Astaire paid homage in an number blackface and which even then appeared in a few films (including Stormy Weather in 1943), still had such an aura that one might have thought that Jerry Jeff Walker’s song was dedicated to him. However, his Louisiana Bojangles was poor and white, and knocked out his cell mates with the story of his dog who had died, etc. Like he had ballet shoes (soft shoes), instead, he was asked to take a few steps, tap dancing. « Mr Bojangles, dance ! » So the old man jumps very high, and he lands soft. That’s what the song says.

JJ Walker recorded it twice in the same year 1968. With strings for a single in June, without much success. With a country-folk group (including his friend David Bromberg, who will also make a career) for his third album in September. It was two years later, taken over by the bluegrass revival collective Nitty Gritty Dirt Band, that Mr Bojangles really takes off, almost makes a hit. In a strong and sympathetic version but which does not add much to that of its author – Walker, meanwhile, becomes a minor figure among the new outlaws country (Waylon Jennings, Willie Nelson…). A question of timing, no doubt.

In 1971, Nina Simone, who often did her shopping in the standards of the moment, seized it, and the mocking dance of the bum on taps turns into a slow waltz, gains a bitter depth that relegates the anecdote to the back- ground. plan. In the meantime, Bob Dylan got involved too but his version – not very well produced, with a little muddy backing vocals – only appeared in 1973, on a compilation of rogatons (Dylan) exit by Columbia to close its contract. Many have discovered Mr Bojangles under those clothes. Not the best Dylan but a hell of a song, which dozens of other performers have passed from hand to hand through the ages.

An aging Sammy Davis Jr. has made this his routine. Neil Diamond did not damage it. Esther Phillips rushed into a slight boogie. Robbie Williams started the new century by whistling the air, lulled by a sweet swing of violins. And in 1984, Hugues Aufray (who else?) Sang a French adaptation of it, quite faithful. With all the same this funny catch: “I sing the story of a black pierrot, a bar dancer …” If he means the black of drunkenness, that is correct. We tend to prefer a local color bias, or an extension of the confusion with the famous prince of tap dancing. The songs are sometimes lucky, but definitely no skin.