From Paris to New Orleans in times of pandemic

Home » News » From Paris to New Orleans in times of pandemic 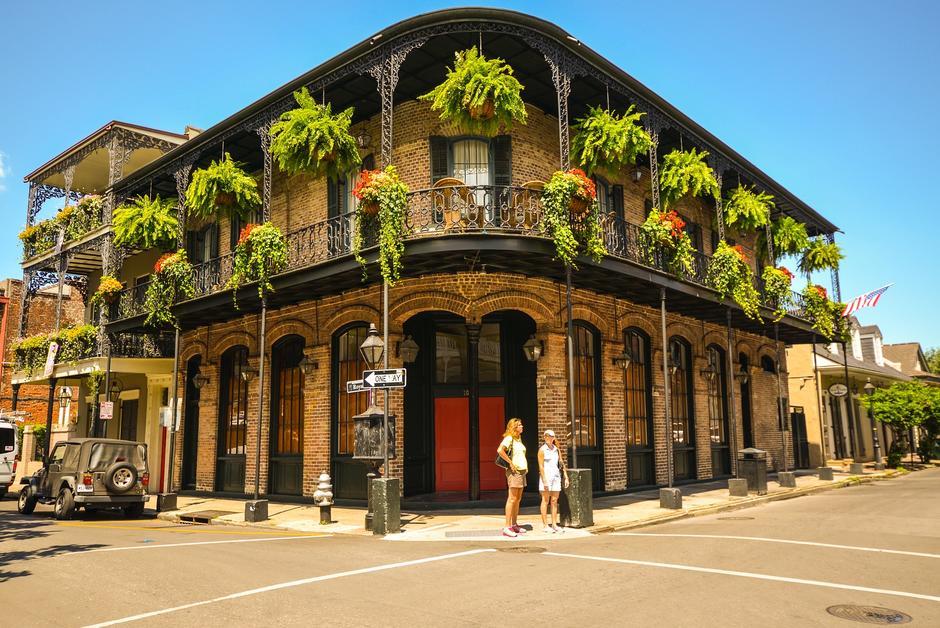 Rudy Bazenet is our new blogger in the United States. He tells his odyssey, or how he managed to rally Paris to New Orleans in times of pandemic, passing through the mountains of Geneva and the sands of Dubai.

The bells of Jackson Square are ringing in the distance. It is 6 pm and my apartment is bathed in a deliciously orange light, emanating from the large windows of my apartment in the Vieux Carré. It has been more than six months since I left France to come and settle in New Orleans. As my mind wanders, I notice a few books lying casually on the living room table. Their usually light-hued blankets seem to ignite in the light of the setting sun. Among them is a book which I have just finished proofreading: The odyssey. A smile appears on my face. In this iridescent atmosphere conducive to distortion, I feel like an urge to step back in time and tell you about my long and perilous journey from Paris to New Orleans – my own odyssey.

Paris, September 2019. A first battle with particularly epic contours is on the way: obtaining a visa for the United States. My American partner and I are living in Paris at the time and made the decision, a few weeks before, to move to New Orleans. Back to basics for him; new expatriation adventure for me. Our project ? Create a cultural foundation aiming to embody and bring to life the Louisiana Francophonie, particularly in its international projection. The logical continuation of a personal initiative that led, a year earlier, to Louisiana’s membership in the International Organization of the Francophonie – an epic of a different kind, of which I will tell you every detail shortly.

So here I am, one fine September morning, in the endless queue of my post office, where half of Paris seems to have made an appointment. I take this opportunity to admire one last time, with undisguised pride, the envelope containing my file and all the supporting documents. My life in 70 pages. Waiting over; file sent. First battle won: I was able to thwart – at the cost of many hours of anguish and terrible headaches – all the traps set by the American administration.

The island of oblivion

Paris, February 2020. A surprisingly blue sky is visible through the large windows of my office at the Ministry of Foreign Affairs, where I worked at the time. The afternoon is calm, and my colleagues are silent. That’s when I get a notification on my phone: case approved. Cheers. We will be able to leave next June, as initially planned. However, only one formality remains to be accomplished: I must go to the United States Embassy to answer a few questions and collect the precious document in person. Appointment is made on 1is April – not without a certain irony.

It is then that an invisible evil, the perfidious Covid – which you know only too well -, decides to make its appearance and put the planet on hold. The embassy closes its doors and blows us towards the island of oblivion, where we will remain prisoners for ten long months. From automatic messages to unsuccessful phone calls, we feel like we have been left behind. Worry begins to give way to anger – after all, doesn’t the term “odyssey” come from a Greek verb meaning “to get angry”? We then decide to engage in our biggest battle. Ulysses was helped by Athena; we will be helped by justice. And we finally succeed: in January 2021, a federal judge ordered the embassy to give us our visa as soon as possible. The battle is won. Will war be?

Dubai, February 2021. We take possession of our hotel room as dawn looms on the horizon, announcing a cloudless sky. We are at 43e floor of a glass and steel tower, and the vision that is offered to us, striking, leaves us speechless: endless skyscrapers, with clean and futuristic lines, appear in the early morning desert light. Exit Ulysses and ancient Greece; our epic is now part of the era of Star Wars. Are we still on the same planet? Hard to believe. A few hours earlier, we were still on the snow-covered tarmac at Geneva airport, ready to take off to our new life.

So why Dubai? Why Geneva? Go back a week. I just got my visa and we’re more ready to go than ever. However, we find out that a new battle is on the way – or how to fall from Charybdis to Scylla. First obstacle: the American authorities impose a quarantine of two weeks in a third country – and of course, the eligible countries can be counted on the fingers of one hand. Second obstacle: France decides to close its borders and international flights only become a distant memory. Summit meeting. We take out our most beautiful globe and try as best we can to untangle this geopolitical imbroglio. Eureka. Switzerland has decided to keep its borders open. We will therefore go to Geneva, from where we will take one of the very last flights to Dubai, before sailing with serenity to the United States. It was obvious though, wasn’t it?

The day of return

After two weeks of forty which had only the name – restaurants, beaches and other swimming pools remaining perfectly accessible in Dubai -, here we are installed in a plane bound for Houston, from where we will then join La Nouvelle- Orleans. The last leg of our journey has arrived. Through the porthole, I watch the dunes recede. The sand gradually gives way to ice as we fly over the North Pole. We won our last battle.

Return to New Orleans. The sky turned iridescent purple, giving way to the delights of the tropical night. Six months after my arrival, I find myself sketching a smile as I think back to the absurdity of this departure – or rather of this arrival. The chapter of this odyssey is closed; the adventure has only just begun.

Rudy Bazenet is French and lives in Louisiana, United States. He blogs for Courrier Expat. For him, “Writing Louisiana means above all trying to transcribe a multiple identity, an elusive encounter between the northern Caribbean and the southern United States. Far from being a simple space with antiquated exoticism, Louisiana is constantly reinventing itself in the elsewhere, in the encounter ”. And it also echoes Rudy Bazenet’s experience: from Paris to New Orleans, from the ranks of French diplomacy to the creation of his cultural foundation, the encounter is at the heart of his identity – and now of his story. .

Launched in April 2016 and intended for French expatriates and candidates for expatriation, Courrier Expat offers information drawn from the international press on the professional and personal environment of French people living abroad, on the