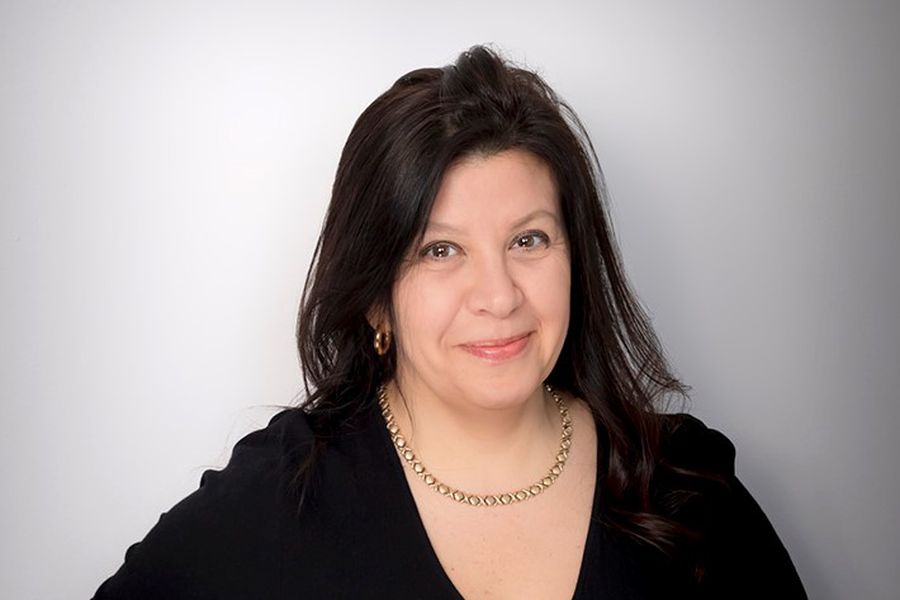 Gabriela Clivio is part of the team of coordinators of the economic area of ​​Sebastián Sichel’s candidacy. Clivio is an economist from the University of the Republic of Uruguay. He came to Chile in 1994 to do a postgraduate degree at the Catholic University, but then he stayed to study a Master’s in Economics at the same university and then another in Finance at the ESE Business School and CFA. Today she is a professor at the Business School of the Adolfo Ibáñez University. Uruguayan by birth, but wanting to become a Chilean national.

“It was not a surprise. We were convinced that Sebastián’s proposals were better for Chile ”, he says about Sichel’s victory in the primaries of Chile Vamos on Sunday, adding that“ we had seen polls and we thought that the possibility of winning was very certain ”.

Between the programs of the candidates of Chile Vamos there is a lot of coincidence. What will the integration process be like?

-We have said it very clearly and Sebastián Sichel also last Sunday. The idea is to be together and collaborate. This will be a stage in which we will see proposal after proposal. The good ideas that we find from other candidates will be incorporated into our program and whoever wants to join the teams we are open. We have been surprised by the number of people who want to collaborate with us. The idea is to accept as many proposals as possible, but it is not to mess up the card.

In that sense, will the program be reformed or is it that of the primaries?

-The basic structure of the program will be maintained, because this was the one that won and allowed 49% of the votes to be had. People voted for this program. The spine is there and it is not something that is going to change, but the idea is to receive the best proposals to incorporate them.

Do you already have some measures from the Lavín, Briones and Desbordes programs that you plan to incorporate?

-That’s part of what comes next. When it comes to direct transfers, our program is super powerful. In matters of entrepreneurship and gender he is also armed. In health and pensions there are proposals that the other candidates had and we are going to see how we collect the best ideas and that they fit within the line of what Sebastián Sichel proposes.

Will Esteban Jadresic continue as coordinator?

-Yes, he will continue to be the coordinator of economic issues.

How to combat the notion of being a candidacy supported by businessmen if Sichel was the one who received the most business contributions?

-The candidacy of Sebastián Sichel is a transversal movement that, in some way, represents what the Chile of today is: a diverse Chile, that wants to undertake, that likes freedom, that Chile that if at some point you will wrong, he wants the State to support him and give him a hand, but not to tell him what to do, but to support him, encourage him. We are many who are behind. Now, if this project also convinces big businessmen, great, much better.

In the program they propose to raise the tax burden in line with the OECD countries when they had the same level of development as Chile today. What measures will they promote?

-We propose to increase the tax burden by three points of GDP, but towards the end of the decade. We will review all exemptions and those that are not justified will be removed. But the first measure that will help increase collection will be growth. The program is focused on achieving greater growth, on how to help SMEs and provide them with financing. Today the trend GDP is estimated at 1.5%, it is nothing. If we manage to increase productivity, a greater incorporation of women into the labor market, the economy will grow more and that will generate higher income. We also propose to advance in green taxes and others to discourage the consumption of some products.

Are you not planning to address taxes that are currently being debated, such as high net worth or reviewing the royalty?

-No not at all. Regarding the tax on high net worth, the evidence shows that in the countries that it has been implemented it does not work, because it does not collect what was promised. Our idea is to summon all Chileans. What it does not continue dividing and this type of tax is to continue polarizing and continue on the path of confrontation.

And about the royalty?

-A review can be made, because the State is the owner of the resources, but it is also true that it must be put in a context in which without foreign investment these resources cannot be executed. So, you have to think about it. These measures that have emerged and that suggest that due to the high price of copper the royalty should be revised, we do not share them. We do not want a tax that is collected in the short term and that, ultimately, is negative to attract investment. Foreign investment is needed to boost growth.

In the government program it says that the annual cost is 2.5% of GDP, about US $ 7.5 billion. How will it be financed? Is it enough with what you propose?

-In the very short term, as long as greater growth is not achieved, issuing debt or resorting to sovereign funds is not ruled out. Then with the recovery of the economy and the exemptions. That is enough.

They also emphasize improving the efficiency of the state. On this, several governments have said the same, but political reality has prevented it. What do you intend to do to make that promise come true this time?

See also  AUTOHAUS next: This is how YouTube and community management work

-The size of the State has grown a lot in recent times and this has not necessarily translated into better services. In addition, there are certain programs that have a very bad evaluation and it would be necessary to think about eliminating them and using those resources in others, or in meeting other needs. The idea is not to push the reduction of the size of the State, but to be efficient and do the job well. If program resources have to be reallocated or evaluated and replaced by others, it will be done. If so many ministries are not justified and they have to be merged, it will be done.

In their program they mention three axes for recovery: maintaining employment subsidies, public investment and support for SMEs. How will they materialize?

-But in addition to these three axes we have the policy of direct transfers. These will go from being temporary to permanent, as is the case of the Universal Basic Pension, the solidarity contribution, the refund of VAT on medicines and food to the most vulnerable households. In public investment, it is related to infrastructure and concessions. On subsidies, we are going to review it, but there is no definition yet.

On the fiscal front, the future scenario is narrow. In the latest Public Finance Report, the government considers that in order to resume the path of reducing deficits, public spending must fall by 20% in 2022 and grow very little until 2025. Do you have this situation incorporated into your program?

-Our estimate is that in 2022-2025 the effective fiscal deficit should be between 3% and 3.5% of GDP. However, one thing is clear to us: we cannot run the risk of withdrawing (fiscal) stimuli early, because it can slow down the recovery we are seeing. The hypothesis that we never contemplate is to withdraw these stimuli early.

Do you have a ceiling for public debt as a percentage of GDP?

-Today it is close to 33% of GDP, and when we did the exercises, the public debt could reach up to 50% of GDP and there would be no sustainability problems.

In pensions, they propose to increase the contribution charged to the employer by 6% and that it be allocated to workers’ individual savings accounts. That has been the stopping stone to advance in the current project, since the opposition proposes the opposite, that everything goes to collective savings. What is the political viability of that proposal?

-Our proposal is not only a 6% increase in the individual contribution. The other axis is the Universal Basic Pension and through it solidarity is given in our system. That will be funded by the general revenue of the nation. In any case, we propose a measure that consists of having the resources saved in advance to finance a first home, but then you have to return them to the individual account.

But how do they intend to persuade the different political sectors that the 6% hike goes to individual savings?

-If we have learned anything during these terrible months of the pandemic, it is that our savings were very well protected and available. Capitalizing on savings in individual accounts and chosen providers is key to how you take charge of your future. The reality is that citizens have validated this process and it is very important that politicians connect with citizens’ feelings. In the same way, we are convinced that the solidarity of a powerful Universal Basic Pension pillar is needed, and for this reason we propose to substantially increase both the amount and the coverage of the State contribution, financed with general revenues of the nation and creating a fund to ensure the sustainability of the system. We are also open to agreeing with other political forces to complement this basic solidarity with a collective savings fund.

According to the Boric and Sichel programs, are there two different development models at stake for Chile in November?

-Our program is looking for an efficient State, which makes the hit better. We take care of the problem of inequality and to do so there is a very strong component of direct transfers. We take charge of growing again, and we put entrepreneurship at the center. It is a model where the size of the State does not increase, but we want it to be efficient. The other program is the opposite. For example, the State is the one who takes charge of entrepreneurship, health, pensions, they are different visions.

Does Sichel’s program take care of the demands of the social outbreak?

-This program has been developed with the focus and priority of reducing inequality in Chile. There is no other country in the world, with the income level of Chile, that has the income inequality that we have. To reduce this inequality more quickly, what we propose is to adopt the solutions of the countries that have been successful in this way, and this is to redistribute more income through a system of direct transfers, from the State to the pockets of the people. Within these transfers we have included four proposals: the refund of VAT on food and medicines to vulnerable households, moving towards a Universal Basic Pension, improving family allowances and creating a permanent salary contribution to lower-paid workers. We estimate that the direct impact of these transfers would reduce income inequality by almost six points of the Gini, that is, if we look at the World Bank’s inequality index, we would go from the ninth country with the highest inequality in Latin America, to being the least unequal of the region. 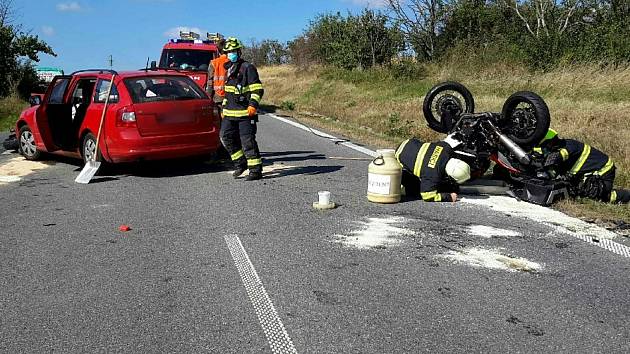 Bloody Saturday in the south of Moravia. She crashed cars and bikers 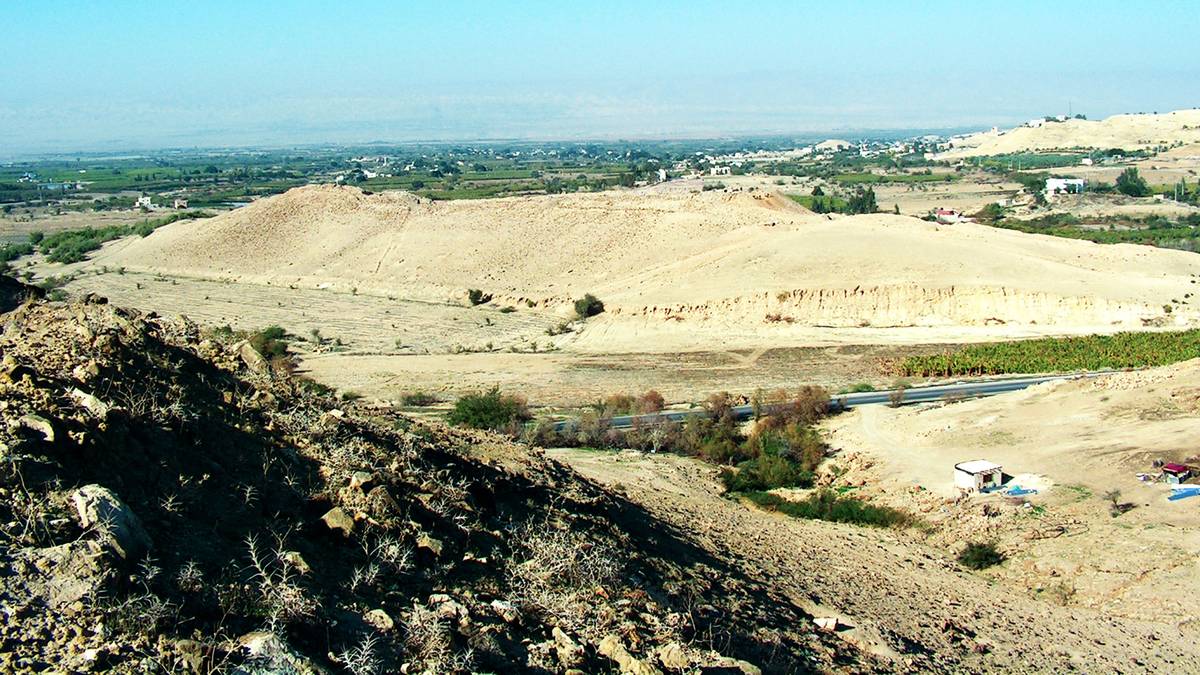 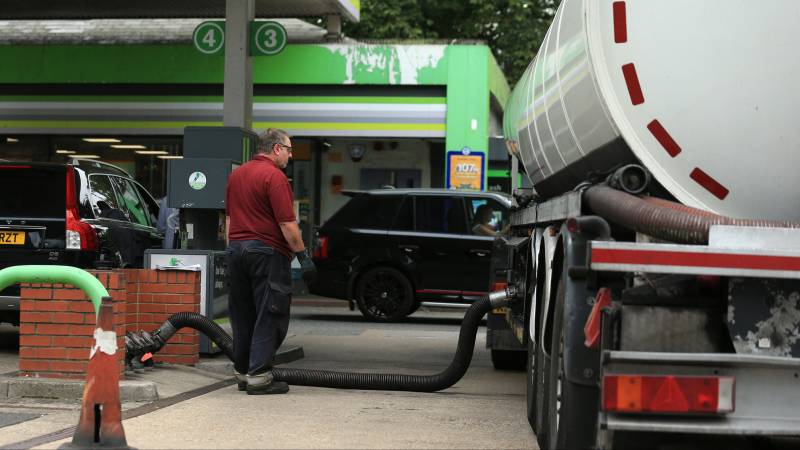