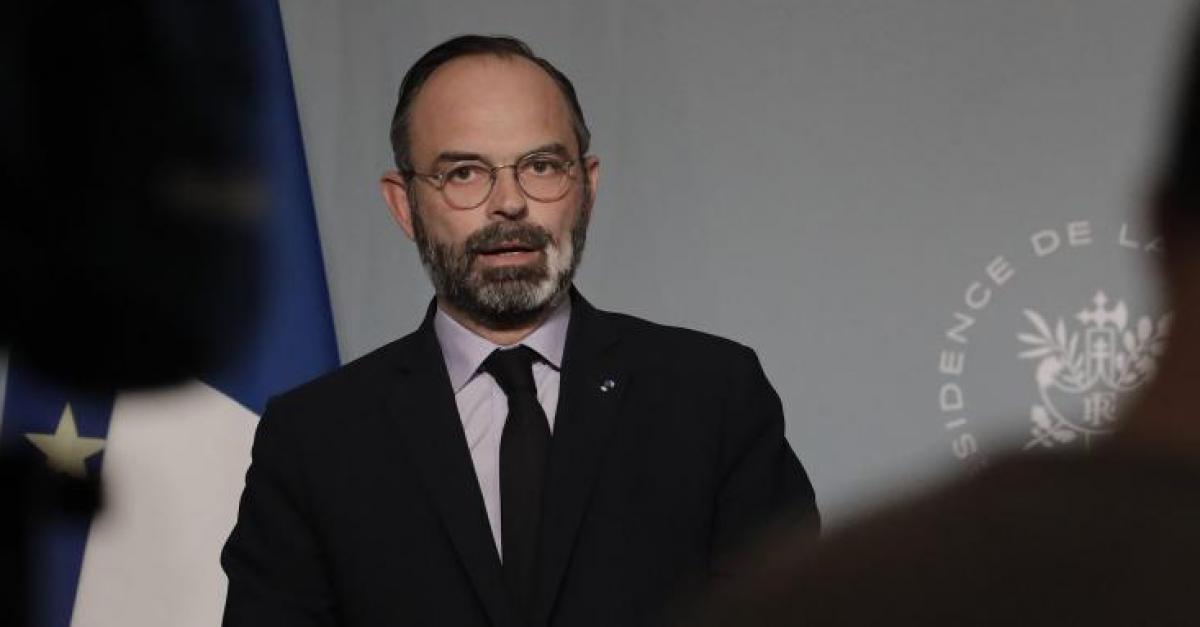 The Prime Minister, accompanied by Jérôme Salomon, announced that a deconfinement plan was under preparation and would be communicated in detail in two weeks. In the meantime, the principles that the government has chosen to develop this plan are discussed during the press conference this Sunday evening: “The return to life before will probably not take place before long” explained the Prime Minister minister. It will indeed be necessary to “implement new habits” while taking in “our freedom”. “To imagine that the epidemic was behind us would be a mistake,” he added.

The confinement worked in France, assured Edouard Philippe: “Without the confinement, the epidemic would have spread everywhere in France and our resuscitation services would have been saturated everywhere in the country”. “We have not come out of the health crisis,” he warned, while admitting that “we are scoring points against the epidemic” and that “the situation is gradually improving, slowly but surely”.

The capacity of the national production of masks, will be further increased, announced Edouard Philippe, and their importation has already been reinforced, although there will probably still be tensions regarding the FFP2 masks.

The next phase of deconfinement

“The deconfinement will not be the situation that prevailed before,” announced Edouard Philippe. “The mechanism will be progressive”. To set the principles and define the framework, the Prime Minister announced that the first priority will be to preserve the health of the French while continuing “to ensure the continuity of the nation”, that is to say “guarantee production to feed us, have access to energy, transport us, etc. “

“We will have to learn to live with the virus because we see that the population is not immunized today”, he continued before adding that we will not have a vaccine in the near future. “That leaves us with one instrument: prevention. Which will be decisive in our way of life after confinement. ” The social distancing will always be in order rapid tests will be strengthened and virus carriers will continue to be isolated.

Of “general public” masks cloth and washable will be made available to French from May 11. They could be mandatory in public transport.

French carriers will have the choice between home isolation or hotel confinement or another place provided for this purpose.

The telecommuting will be maintained as much as possible. When this is not possible, the rules for organizing a business must comply with barrier measures and social distancing. “Many of our fellow citizens have started (…) teleworking, many can do it, many have been able to take advantage of this possibility. This telework will have to continue as far as possible, “said the Prime Minister during the press conference from Matignon.

The shops will reopen soon, except restaurants and cafes. Queues will have to be organized so that a distance of at least one meter is applicable between customers. Hydroalcoholic gel will be distributed to them.

The reopening of schools will be gradual and so they will not all reopen on May 11, but “schools must be reopened,” said Edouard Philippe.

Objective of 500,000 tests per week for patients and their contacts

The government’s goal is to be able to perform 500,000 tests per week from deconfinement for people with symptoms and those who have been in contact with a Covid-19 patient, said the Minister of Health on Sunday.

After May 11, “if you have symptoms (…) and want to know if you are sick, or if you have been in close contact with a person who is known to be sick, you can, you you will have to benefit from this virological test, ”assured Oliver Véran, noting that these tests would be one of the pillars of the deconfinement policy.

Resumption of family visits to the Ehpad on Monday

Health Minister Olivier Véran announced the reinstatement “from” on Monday of “visiting rights for families” in nursing homes, under “extremely limited” conditions, during a press conference in Matignon.

“This right of access, very supervised, could apply under the same conditions for establishments which welcome this time people with disabilities,” said the minister.

Recalling that at present “45% of Ehpad have reported at least one positive Covid case in the territory”, he specified that the decision to reorganize visits had been taken after consultation with “learned societies” and ” representatives of organizations in these institutions for the elderly ”.

“We have together developed new recommendations which will allow, from (Monday) the organization in the territories (…) of visiting rights for families towards their frail elders” residing in these accommodation establishments for people elderly and dependent.

“It will be at the request of the resident, it will be under extremely, you imagine, limited conditions, no more than two people from the family (…), it will be under the responsibility of the management of establishments who will have to tell the family when it is possible and under what conditions ”, listed Mr. Véran.

He added “the continued impossibility of going to touch the person, of being in physical contact”. “However, there will be eye contact,” he concluded.

The minister also announced that the Ehpad test campaign, announced two weeks ago, has started. “This week, 50,000 tests have been scheduled and carried out in nursing homes,” he said.

The number of patients hospitalized for a Covid-19 infection amounted to 30,610 on Sunday, with a slight decrease in balance of 29. Among these, 5,744 patients in serious condition were hospitalized in intensive care, 89 fewer compared to See you Friday. This is the eleventh consecutive day of a sharp decline in the number of intensive care patients and the fifth consecutive day of decline in inpatients.

These figures reflect the continuation of a “very slow recession, but the number of people hospitalized remains very high,” said Jérôme Salomon. “Containment, thanks to all of your efforts, is effective, it strongly curbs the epidemic,” he said, calling on them not to relax these efforts.

The police have carried out “13.5 million checks” since the start of containment put in place on March 17 to fight against the epidemic of new coronavirus, and found “more than 800,000 offenses,” announced Sunday. Edouard Philippe.

Thanks to controls, “respect for confinement was overall very satisfactory,” said the Prime Minister at a press conference, noting “an immense reduction in the number of trips” everywhere in France, as well “to shops, to grocery stores, to transport stations “than” to offices “.

The Prime Minister also recalled that the economic crisis would be “brutal” and “was only just beginning”. “Production has almost stopped, so has consumption,” he said, saying that “never in world history has there been such a massive, general stop like this.”

“It will be the strongest recession in France since 1945 with growth of -8%,” he added.

“Confinement and economic hardship can plunge some of us into social emergency,” said the Prime Minister, who then announced that measures will be implemented by the government. An exceptional solidarity bonus will be paid to RSA beneficiaries on May 15.

> More information to come in the next few minutes