Giuseppe Verdi as a doctor of voices. “Simon Bokanegra” / Article is premiered at the opera

On September 26, the long-awaited Giuseppe Verdi’s opera “Simon Bokanegra” premiered at the Latvian National Opera and Ballet. The music is beautiful and the content message is also relevant today – it is the artists themselves who testify to the material brought to the stage. It should be noted that this work was staged in our opera for the first time.

The premiere of the opera “Simons Bokanegra” at the Latvian National Opera was first scheduled for last autumn, but due to certain circumstances the plans had to be changed. The musical director and conductor of the production, Normunds Vaicis, remembers in the Latvian Radio program “Kultūras rondo” that initially the premiere was postponed only a month ahead, until he no longer believed that it would happen once. However, work on the production resumed in August this year.

The protracted production process allowed the musical material to settle into the singers’ voices, but some physical feelings had faded,

Mārtiņš Zilberts, the main soloist of the Latvian National Opera and Ballet, judges. “In any case, very beautiful material, beautiful opera. However, that difficulty was a shadow of these external circumstances. The director was present at one point and then was absent in person again, advising us only from afar. ”

Asked about his relationship with Verdi and his performance “Simon Bokanegra”, Vaicis replies: “This is my first time encountering this opera. , “Echoes,” “Otello.” What I [domāju] about Verdi’s music? She is close, in my opinion, to any person who is related to the opera – the singer, the concertmaster, the conductor. It is the “alphabet” of the opera. What appeals to me the most – this music seems to be very, very simple, its melodies are ingenious [..]. He always managed to connect themes, drama, to emphasize the brightest character traits of the main characters in the name of music. “

The main role of women – Amelia Grimaldi – was sung in the premiere by Tatjana Trenogina, who has already settled in honor of the soloist of the Latvian National Opera: “I really like this role, this music. I think that

Verdi is a “doctor” for voices – his vocal musical lines help the voice and soul a lot. ”

Trenogina praises her stage partners as very good singers, professionals and also as pleasant, fun people. Continues one of the characters in the role of Gabriel Adorno – tenor Mikhail Chulpayev: “With Tatjana, with Rinalda [Kandalincevu] we feel each other very well on stage, we have the so-called “chemistry”. The biggest “kaif” is to be on stage with them, to see how we are not Rinald, Mikhail or Tatiana at the moment, [bet] we are those images and through those images we speak to each other. It’s a wonderful feeling to be on stage in another world. At that moment, the world is formed by you. It inspires me a lot. ”

The title role in the premiere was entrusted to Rinald Kandalincev, who calls it an important step up in Verdi’s repertoire and work in general. In preparation for the production, he thoroughly researched the content of the opera “Simon Bokanegra” – both private lines, personal relationships of images, and political background – and admits that the message is definitely relevant today:

“It ‘s about power, and it’ s been a topic that ‘s been of interest to people for thousands of years, it’ s been discussed so much.

If we look at what is happening now (we don’t have to move to medieval Italy, let’s take our Latvia), we see exactly what is seen in this opera – there is one person who wants to use his power to benefit, unite and unite everything, then there is another who take every opportunity to move their private affairs forward, to get something out of it all. ”

The next performances of “Simons Bokanegra” will take place on September 28 and 30 and October 2. 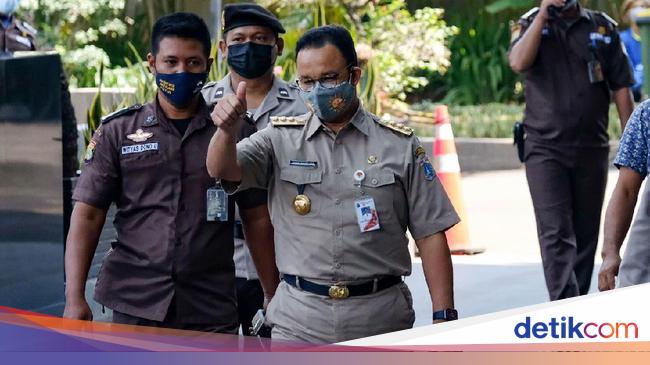 Blast at a chemical factory in China; 4 Death – Veekshanam