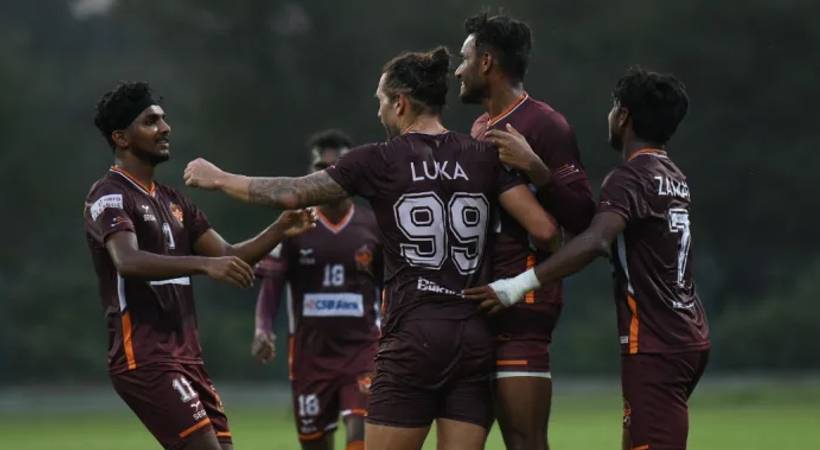 Gokulam Kerala again topped the I-League points table by defeating the Indian Arrows by five unanswered goals. Gokulam, who had been attacking from the start, dominated throughout the game. Wasim Razik of Sri Lanka scored the first goal for Gokul in the 10th minute. Then Sharif Mohammad and Luke scored for Gokul in the first half. Malayalee players Jithin MS and Saman also scored for Gokulam in the second half.

Read Also : Gokulam to be number one; Today the rivals are the Indian Arrows

Today’s was a match where the Gokulam defense was not tested much. Chance given by Luke in the 10th minute
Wasim was the one to shake the goal. But in the next minute Emil Benny had a great chance but failed to score. In the 28th minute, Sheriff Mohammed converted a penalty kick for fouling Luka, but the goal was blocked. The defensive ball hit the Sheriff’s goal with a second kick.

Luka converted a long pass from Wasim in the 32nd minute. Luke’s pass in the 72nd minute was converted by Malayalee player Jithin with the help of his teammates. Gokulam ended the scoring with Saman scoring the fifth goal with Sreekuttan’s assist.