he had bought it for over 300- Corriere.it 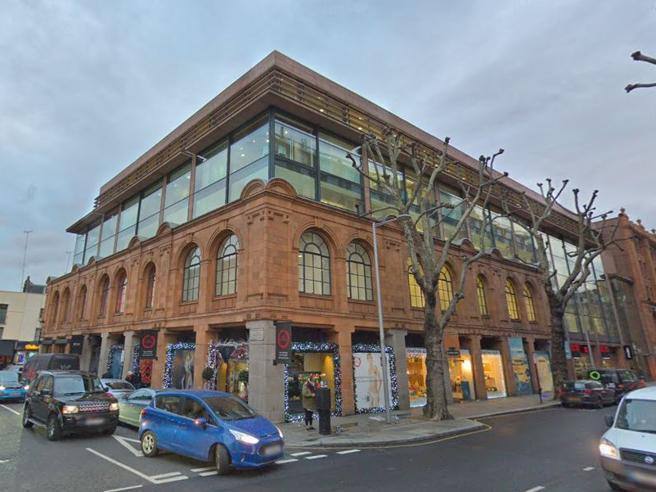 The Vatican sold the London palace, the worst deal in the recent history of the Holy See. The money lost are many but the secondary effects, starting from the criminal trial and the collapse of secular balances, have been disruptive. Apsa, Administration of the Patrimony of the Apostolic See, has announced that it has concluded the sale procedure to Bain Capital of the former Harrods office in Sloane Avenue in London for 186 million pounds. The losses found – said in a note – compared to the amount spent for the purchase of the property were transferred to the reserve of the Secretariat of State, without in any way in this circumstance the Pence of St. Peter is touched, and with it the donations of the faithful.

The story
Overall, the investment was £ 300 million. So this is a very large loss. But hadn’t it been the Secretariat of State that bought the building? The side effects of that surreal five-year period (2014-2019) during which the huge cash (600 million) of the most important Vatican dicastery, the Secretariat of State, was managed as if it were a hedge fund. If today Apsa is in charge of the palace because Pope Francis has effectively ousted the Secretariat of State in managing its finances, closing Swiss accounts and transferring the assets into more capable hands within the perimeter of the Vatican institutions.

The anomaly of stock market takeovers

But why did the London palace cause a scandal? After all, not a real estate investment like so many made by the Church? that’s right: an investment like many others. But how the money was invested makes a difference. Just line up the facts. And remember that it is money “with the soul”, that is the cash of the Secretariat also fed by the Pence of St. Peter, or the annual offerings of the faithful to the pope. In 2014 the Secretariat of State (number one Pietro Parolin, number two Angelo Becciu) invests 200 million dollars in the Athena fund managed by the financier Raffaele Mincione. The fund buys 45% of the building from Mincione himself and another part of the capital is directed by the same financier on speculative operations: takeovers on the stock exchange at Banca Popolare di Milano and at Carige for example. If at the time it had been known that Mincione’s forays into Piazza Affari were also financed with Vatican capital, there would have been a scandal and everything would have stopped there. But it was all armored, covered, reserved, the information assets of very few. Among these, two key men in the management of the pope’s resources: Monsignor Alberto Perlasca and the layman Fabrizio Tirabassi, employees of the Secretariat. When it was finally understood that the Vatican-Mincione business marriage was senseless, the Secretariat at the end of 2018 hired Gianluigi Torzi, a skilled currency broker but a figure far from institutional, as a consultant for the separation.

The dispute with Torzi

Meanwhile, Venezuelan Archbishop Edgar Pea Parra had taken Becciu’s place as Substitute for General Affairs, the office which, among other things, manages the cash register. The Secretariat, which owned 45% of the building, finds an agreement with Mincione: it takes over the remaining 55%, leaves the fund and pays a balance of £ 40 million. It was born out of a dispute with Torzi for the governance of the building which ends, after grueling negotiations, paying 15 million to the broker in May 2019. In this long period (2014-2019) the Vatican has paid commissions to Mincione, Torzi and others for at least 100 million. But they are financiers, they do this by profession. The criminal trial will determine whether it is lawful or not, as well as the protagonists inside the Vatican will be judged. But net of the codes, anyone re-reading the history of the five-year period 2014-2019 comes to the conclusion that the management of the assets of the Secretariat was indisputably scandalous. Starting with the London palace. Which has now fortunately been sold. It will remain his ghost for quite a while.