He was gutted, he was the last to be hanged. Jan Roháč from Dubá died cruelly

Home » News » He was gutted, he was the last to be hanged. Jan Roháč from Dubá died cruelly 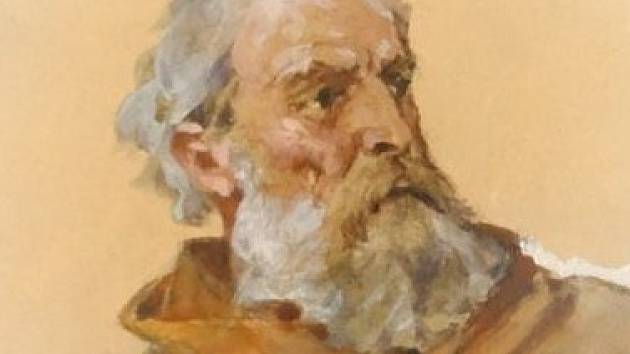 The execution of Jan Roháč himself was particularly important to Emperor Sigismund. He was to be hanged last, highest, on a golden chain. He was brought to the gallows in a red robe, which they put on him apparently as a sign of mockery, because the robe in which Jesus was led to Golgotha ​​was also red. His shackles on his hands and feet were gilded. And he was tortured so much that his intestines came out of his stomach. Why did this more than sixty-year-old man, a descendant of an important noble family of the lords of Dubé and a former Hussite governor, become the actor of such a cruel performance?

After the Battle of Lipan, in which the troops of radical Hussites from the ranks of the Orphans’ Union and the Tábor Union were defeated by former comrades-in-arms from the Manor’s Unity, the path to the Czech throne was finally opened for the heir to the Czech crown, Sigismund of Luxemburg. After two years of complex international negotiations, a compact was solemnly announced on July 5, 1436 in the Jihlava square, representing a compromise between the religious demands of the Hussites and the Council of Basel and giving equal rights to communion under one and both. About a month later, on August 14, 1436, Sigismund was ceremoniously accepted as King of Bohemia in the same square.

Blood spilled under the door. They wanted to conceal the execution of Jan Želivský, but it didn’t work out

But not everyone accepted him that way. The last leader of the radical Tábor community remained in constant opposition to him, since the autumn of 1435, locked in his castle, from where he waged a petty war against the monarch, because he did not recognize his legitimacy. That castle was called Sion and that leader was called Jan Roháč from Dubé.

Jan Roháč from Dubá in a drawing by Mikoláš AlšSource: Wikimedia Commons, Mikoláš Aleš. Booklet about his life and work, free work

“The emperor did almost nothing to improve the land administration, which had fallen deeply during the long previous wars. Soon after his arrival in Prague, the Czech Diet granted him a considerable allowance for the payment of crown estates from pledges, but he used it almost exclusively to hire military companies from Tábor, which he sent to the Turkish border in Hungary. It is not surprising that all the more decisive elements in the Czech nation, under such circumstances, soon began to realize how shamefully they had been deceived, and this realization began to negotiate a passage through military resistance. Thus, the city of Hradec Králové rose up against Zikmund under the leadership of his ancient and implacable opponent, priest Ambrož, known since the time of the Žižkovs, but the main bastion of manly and persistent resistance was the Sion Castle in Kutnohorsk, the seat of Mr. Jan Roháč of Dubá,” writes Old Czech Annals .

Conquering Sion, built by Jan Roháč in 1426 and 1427 on a rocky promontory eight kilometers southwest of Kutná Hora, was given the task of Hynce Ptáček from Pirkštejn in the spring of 1437, who was given Zikmund’s trust (and with it a number of lucrative offices) by his participation in the battle of Lipan, where he fought on the winning side.

But Ptáček was not in any way hostile towards Roháč and was apparently not even completely indifferent to his fate: Roháč was his own uncle. This created a very special and somewhat unique situation in Czech history. In front of a small and only weakly fortified castle with a garrison of not more than a hundred men, an army many times stronger and better armed drew up, but despite the fact that the castle was not well fortified, they did not immediately attempt to take it, and its siege began to drag on for many months, although it had not even own well (which has been proven by modern archaeological research).

The first estate uprising: This also ended with the chopping of heads, they rolled in Hradčany

The reason was probably the family relationship between Ptáček and Roháč, when the nephew could hope that he would manage to spare his uncle until the situation was somehow resolved in a good way for him, and, secondly, the fact that the estate’s dissatisfaction with Zikmund’s unfulfilled promises was growing.

“The majority of the House … thought that Roháč was not an enemy of the country, but only of the emperor, which is why it is decent and fair that he himself should wage war against him with his own means,” the Old Czech Annals point out.

The execution of 27 Czech gentlemen is still accompanied by myths, 11 skulls mysteriously disappeared

The siege thus stretched from May to June, then to July, then swung through the whole summer. But it couldn’t last forever. The signal for its quick end was finally given by King Sigismund himself, who noted that Ptáček apparently had insurmountable difficulties with the impregnable Sion, and at the end of August 1437 he decided to send him reinforcements, the troops of the Hungarian nobleman Michal Országh, also known as Michal Orság or Ursat.

When the Hungarian flags appeared on the horizon in sight of the besiegers, Ptáček understood that his game of delay was over. He ordered an attack and fell at the very first assault on the walls of Zion. The defenders apparently did not expect something like that, Roháč himself was said to be having lunch at that moment. Now he was captured, and with him his entire garrison, including the priest Martin Prostředek, who previously defended Hradec Králové from Zikmund, or Roháč’s friend, the Polish knight Vyšek Račinský. The Julian calendar announced Friday, September 6, 1437…

All the prisoners were immediately transported to Prague before King and Emperor Sigismund. He finally had the opportunity to settle an exemplary showdown with all his opponents. And he was going to use her to the fullest.

The captives ended up in the infamous town hall prison, and Roháč in particular was subjected to extremely harsh interrogation using the law of torture, i.e. on torture.

“And they brought with them Mr. Jan Roháč and the knight Vyšek from Poland and the priest Jan, the so-called Prostředek, and the Green Rifleman with many others, while right away Mr. Roháč was taken to the town hall, tortured and questioned; and they tortured him so badly that his intestines floated out…” the Old Czech Annals record these moments.

The next day, together with more than 50 captured comrades, he was taken, or rather dragged, to the place of execution. The three-story gallows towered into the sky like some grim tower of Babel.

Jan Žižka’s youth? He lost an eye as a child and served as a mercenary in a troop of paws

It is said that the emperor ordered the use of beams intended for the repair of the roof of the Týn Church for its construction, perhaps also for symbolic reasons, because the church of the Virgin Mary in front of the Týn was one of the leading churches on the side of the river in Hussite times. The use of its wood for the construction of the gallows intended for the radical supporters of this party thus more than eloquently indicated what kind of confession and acceptance it should have in the future in the Czech lands.

Roháč’s retinue was hanged on the lowest and widest floor of the gallows, and below the top were three of his closest and highest-ranking comrades-in-arms, the already mentioned priest Prostředek, the Polish knight Vyšek Račinský and the rifleman Zelený. The highest bar awaited Roháč himself.

“Even though he was Mr. Práčkuov’s bannerman and uncle, he had to hang on the gallows with his companions, of whom there were sixty: Roháč the highest and these three below him on another gallows and then other tepruov on the municipal gallows. And the emperor looked on with joy from the castle,” Old Czech Chronicles commented on this execution.

Zikmund intended to intimidate the rebellious Czech population with a cruel and immediate execution, but as is often the case in similar cases, his plans were partially thwarted by an unexpected circumstance. In addition, the circumstance is somewhat creepy and seems like an intervention from above.

Everyone knows the legend about the famous summons of the Chod hero Jan Kozina, who roughly a quarter of a millennium later called on the gallows “to God’s judgment within a year and a day” of the nobleman “Lomikar”, whom he blamed for his fate. He actually died unexpectedly about a year after Kozin’s execution, which apparently contributed to the creation of this reputation. Little is known, however, that something similar also happened to Zikmund during the execution of Jan Roháč.

Although the tortured nobleman did not invite him before the judgment seat of God (it is questionable whether he was able to speak at all after the cruel torture), but the emperor nevertheless became seriously ill shortly after the execution.

“And when the mass was over, by God’s permission, the fire of hell set his legs on fire, so no one could help him from that illness. When this happened, the emperor quickly sent a messenger so that, if he was alive, they would bring him back and do nothing to him; and he was already hanging. And so Lord Buoh almighty took his revenge in a clear way. And there was very great weeping among the people for a long time, and people always wept when there was any mention of it, as in general, old people profess to do so,” the Old Czech Annals write about it.

Three months after Roháč’s execution, Zikmund died, and for the first time the rumor about divine retribution spread among the people. The cause of death could be either cancer, because the monarch lost a lot of weight just before his death, or arthritis in the big toe, caused by an unhealthy diet. In this disease, a large amount of uric acid accumulates in the body, which can cause sepsis if it enters the bloodstream.

After the death of his last opponent, Zikmund complained a lot about the pain in his leg, but of course he had no idea that it was arthritis. The disease was nicknamed hellfire, so people whispered all the more that he was consuming him as a punishment for Roháč’s death. 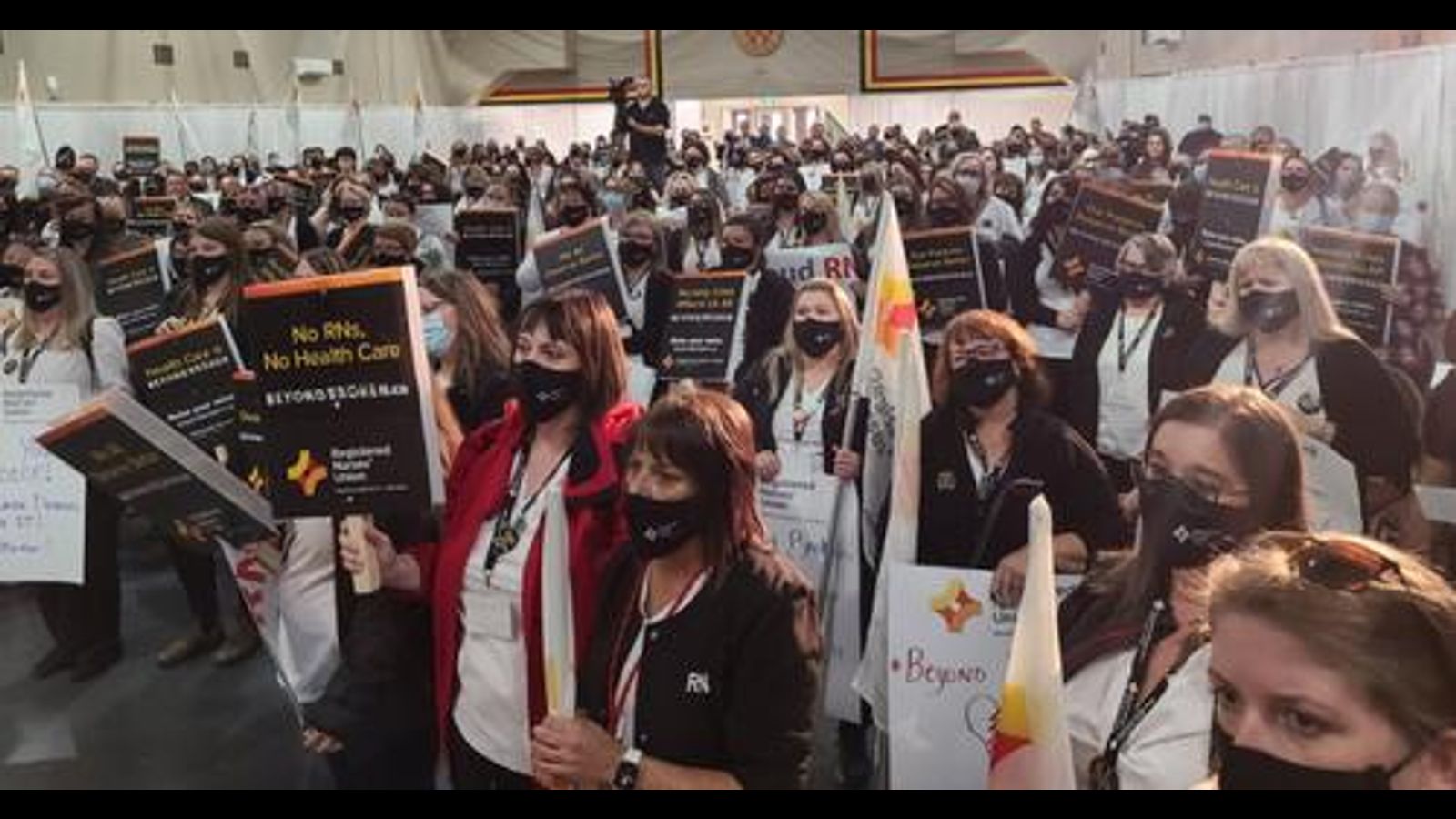 Where are there free COVID-19 tests this Monday, January 30 in Bogotá 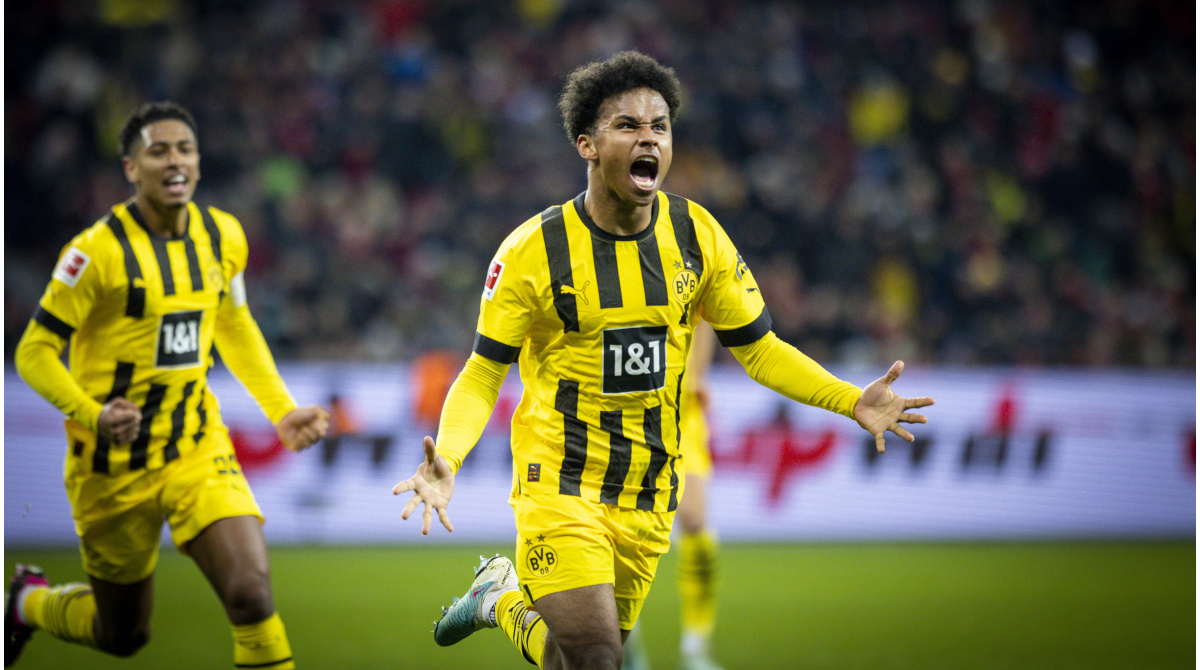 Snapchat teams up with Louis Vuitton and Yayoi Kusama – Image