Health in emergency: the team of itinerant professionals that travels to the provinces collapsed by COVID-19

Home » Health » Health in emergency: the team of itinerant professionals that travels to the provinces collapsed by COVID-19 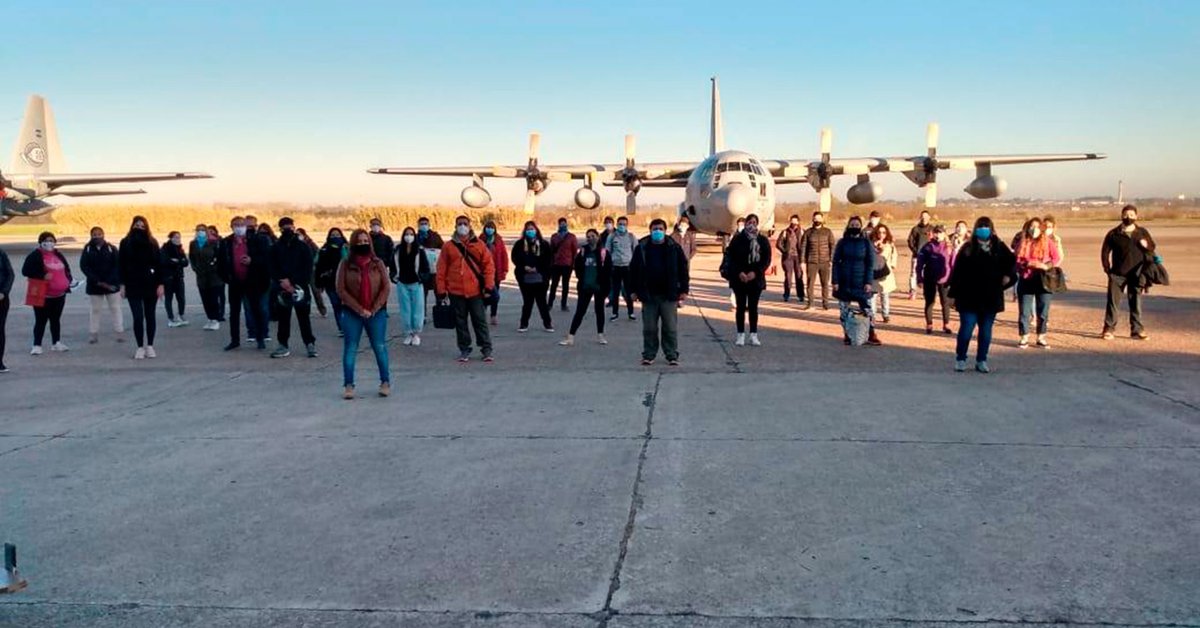 They arrive amid despair and chaos. They live in permanent emergency and have become a kind of salvation army for those provinces that today are overwhelmed by the increase in COVID-19 infections. The team of itinerant health professionals that began to send the Nation to the interior of the country to attend the pandemic as exceptional cases has consolidated in recent weeks at the rate of the health crisis and is already appearing as a necessary phenomenon to cover the debacle in the provinces.

It is a group of more than 100 doctors, therapists, kinesiologists, ICU specialists, nurses, territorial approach technicians or vaccination promoters that is conformed according to the emergencies of each province and are coordinated by the Ministry of Health in charge of Ginés González García.

Since more than a month and a half ago the curve of coronavirus infections began to grow in the interior of the country, this team of specialists began to be required by the governors with greater urgency in the absence of doctors, nurses or therapists to attend in hospitals overflowing with patients.

The task is not simple. It is that health professionals must be coordinated on the fly and on a day-to-day basis groups are set up according to the requirements of each district to assist in the emergency of the health overflows caused by COVID-19.

“I highlight the operation of the Itinerant Professionals program that has been used to support the increase in tests, the opening of new emergency areas, the medical clinic or intensive therapy, throughout the national territory, coordinated by the Ministry of Health of the Nation” , expressed to Infobae Arnaldo Medina, the Secretary of Quality of the Ministry of Health who is in charge of organizing these itinerant professionals.

Since more than a month ago, President Alberto Fernández listened to the governors’ claims in the absence of doctors, nurses or therapists, this emergency care began to be more rigorously coordinated from the national government to the provinces.

The objective of this program that emerged on the march in the midst of the pandemic is to reinforce with health professionals the work carried out by the provinces in the framework of the COVID-19 crisis. And the task is often difficult because doctors cannot be found, other professionals have to be transferred from a place or simply there is a wear and tear on the health workers who have to go to help in many overflowing hospitals.

The organization scheme seems simple but in the emergency it is not. At the request of a province, an official, representative of the Ministry of Health, travels, makes an evaluation with the local authorities, sometimes with an epidemiology team from Buenos Aires and on that basis a team of professionals is sent to them.

As explained to Infobae In the Ministry of Health, beyond the fact that professionals who travel to the interior are paid a salary bonus, it is not always possible to meet the required requirements or the required specialists are not available. But as far as possible they go with a task assigned by the province. Although many times they had to face severe setbacks: a group of doctors or nurses arrives, some get sick and have to isolate an entire team, and they change the initial function and replace the isolated team. And everything must be defined within hours.

In Paraná and Gualeguaychú, cases of COVID-19 have grown exponentially in recent weeks and the governor of Between rivers, Gustavo Bordet required emergency aid to the Nation. In July, three doctors traveled there. TO Land of Fire Five UTI experts have already traveled to carry out virtual guards and activate the red button. In the CABA In May alone, there was a support of 30 territorial approach and epidemiology technicians, plus 10 health agents in Barrio Padre Múgica, Villa Lugano, Barrio Illia, Ciudad Oculta.

In the Buenos Aires province The Ministry of Health sent to Merlo 10 health agents for the Detectar plan, 21 nurses and ICU doctors, in La Matanza 13 health agents, 25 nurses, two doctors and 30 agents from the Detectar plan arrived. In Luján, six health agents and the municipalities of General Rodríguez and Marcos Paz as well. The most striking case in the suburbs was that of 120 health volunteers who moved to the communes of Lomas de Zamora, San Martín and Avellaneda.

A La Rioja, Santa Cruz, and Salta laboratory biochemists, epidemiologists, as well as nurses, doctors and therapists had to be sent since the health situation is overwhelmed. And something similar happened in Rio Negro, Neuquén, Jujuy, Santa Fe or La Rioja where in addition to the doctors, specialists in virtual guards and doctors were mobilized for testing training.

To carry out these tasks, itinerant professionals had to take accelerated emergency care courses, some specialized in telemedicine to also attend to distance and all this in the midst of an increase in coronavirus cases that makes itinerant work potentiate the maximum.

The province of Buenos Aires modified the data load and confirmed more than 3,500 new deaths from coronavirus

Coronavirus: the European Union reinforced health and social aid to Argentina to face the pandemic