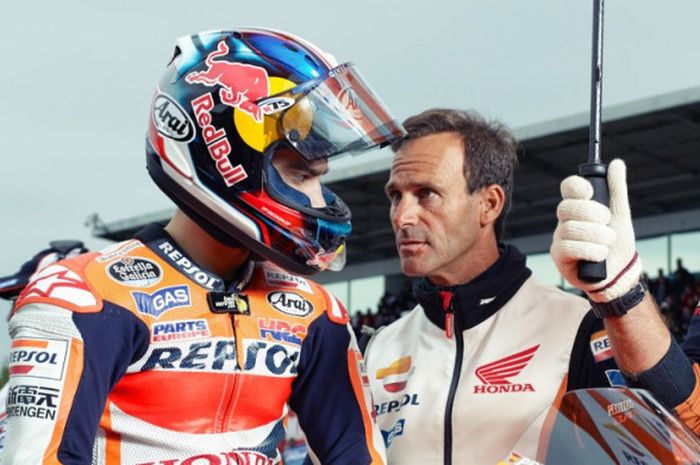 Dani Pedrosa (while still with Repsol Honda) and Alberto Puig.

The departure of Dani Pedrosa was branded as a ‘Big Sin’ for Honda where they released one of the most experienced racers besides Marc Marquez.

Yes, Dani Pedrosa who decided to retire in 2018, he then accepted the proposal of KTM as a test driver starting the following season.

The problem is, why did Alberto Puig as manager not just keep Pedrosa as a test rider for Honda?

The question arises considering Pedrosa is the most loyal racer by spending 12 seasons in MotoGP only with Honda.

Read also: Max Biaggi thinks Maverick Vinales has a role to play in the 2022 MotoGP title

Of course Pedrosa was well aware of the Honda iron horse that he had ridden for a dozen years.

But at that time Honda let Pedrosa go and chose the German rider, Stefan Bradl, as a test rider.

One season went well for Honda after Marquez appeared stunning in 2019.