Hospital beds in France remain empty due to staff shortages 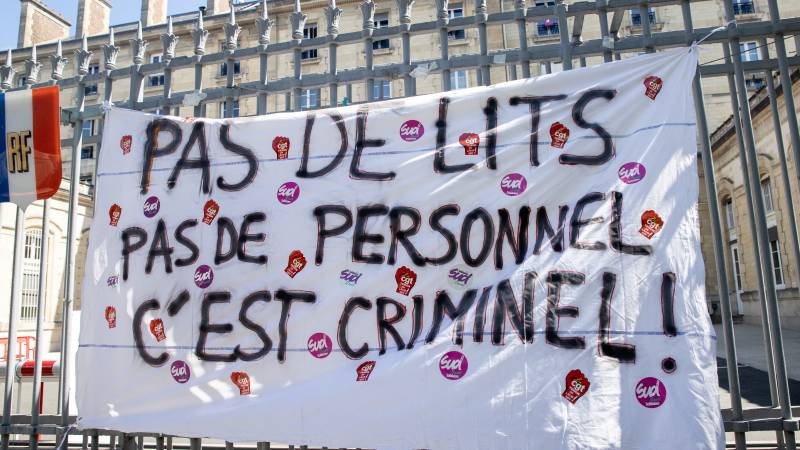 France is faced with an immense shortage of healthcare workers. An entire hospital in Paris is closing its doors this week because of insufficient staff.

“We are heading for the most difficult summer we have ever known in France,” said FHF hospital federation president Frédéric Valletoux. “Three-quarters of hospitals are now caring for fewer patients than they normally do.”

About 120 of the more than 600 first aid posts in France are also working with less capacity than usual, or are preparing for it, according to industry figures. “This has never been seen before, this is going to lead to deaths,” said Patrick Pelloux, president of the federation of emergency physicians.

The problems are partly caused by a structural shortage of healthcare personnel. In addition, in the last two years, many healthcare workers have stopped working due to corona. The Ministry of Health conducted a poll at the end of last year and saw that the total number of nurses fell by 784 in one month, mainly because people were resigning.

In addition, there are concerns about the summer. The healthcare staff who are still working will then partly go on holiday. Then good care could no longer be guaranteed.

The pain is already being felt in Paris. Geriatric hospital La Collégiale closed a ward with fourteen beds there last year. Three months ago, another 40 beds disappeared. And from today, the patients who are on the last eighty beds will be evacuated, after that the hospital will close. “And nobody knows if and when the doors will open again,” said a union spokesman.

Read also  'Channel One' filed an offering of 496.25 million shares.

“We have been dealing with major staff shortages for months. We need twice as many nurses as there are now,” the hospital management said. “By the summer we would really reach our critical limit.”