Home » I’ll break you like a ski, you … Did the Nitra boss curse a German investor? – Fortuna League – Football – Sports
Sports

I’ll break you like a ski, you … Did the Nitra boss curse a German investor? – Fortuna League – Football – Sports

Swearing of the coarsest grain. Threats. Behavior not corresponding to the position in the club.


The events in football Nitra are constantly gaining momentum. Almost every day, other new realities come to light.

At the beginning of the whole case is Erik Jendrišek – a former player of Nitra, who decided for sport.sk to talk about the practices they use in Nitra.

The former representative complained that while he wanted – due to long-term unpaid money – to politely terminate the contract with the club, the general manager of Nitra Martin Peško used other methods. 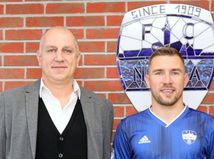 Read more
He cursed vulgarly and slammed the door. Jendrisek is the biggest mistake

“It was the worst experience of my career. When I came to agree on the end of the cooperation, let us say goodbye as people, at least within the norm, I caught a shower of curses of the coarsest grain from the general manager Martin Pešek and threw me out of the stadium, “revealed Jendrišek.

Peško also reacted to his accusations.

“No one threw him out. He came to the owner of the apartment, an acquaintance of mine, and told him that he would tell the club that the owner had fired him, which would move him to the media and that they would both receive money from the club sooner, “said Peško. 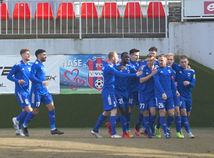 Read more
They cursed him, the owner did not pay on the Jaguar. Jendrišek was thrown out of the apartment

He described Jendrišek and German investors as the biggest mistake and tragedy in the history of FC Nitra.

However, the case does not end there.

The šport.sk portal brought an audio recording on which there should be a voice similar to Peškov’s, which was to be vulgarly threatened by Peter Hammer, one of the German investors.

“Hammer, you arschloch (translated from German sr * č, editor’s note). Are you still in the stadium? If so, get out of there, because I’ll break you like a ski. You fucked up, “it sounds from the recording.

Sylvie Meis completely undressed in the bath on Insta photo

Almost 70% of the adult population of Umuarama has already been vaccinated against covid-19 : Jornal Ilustrado

‘Pájaro’ Edgar Benítez takes flight one by one...

Real Madrid or why it is forbidden to...

This is how it was for Colombians at...

Rasmane is pleased: this is an excellent result...

More than half a million Quebecers registered for...