In Berlin, around thirty countries at the bedside of Moldova, neighboring Ukraine

Home » World » In Berlin, around thirty countries at the bedside of Moldova, neighboring Ukraine 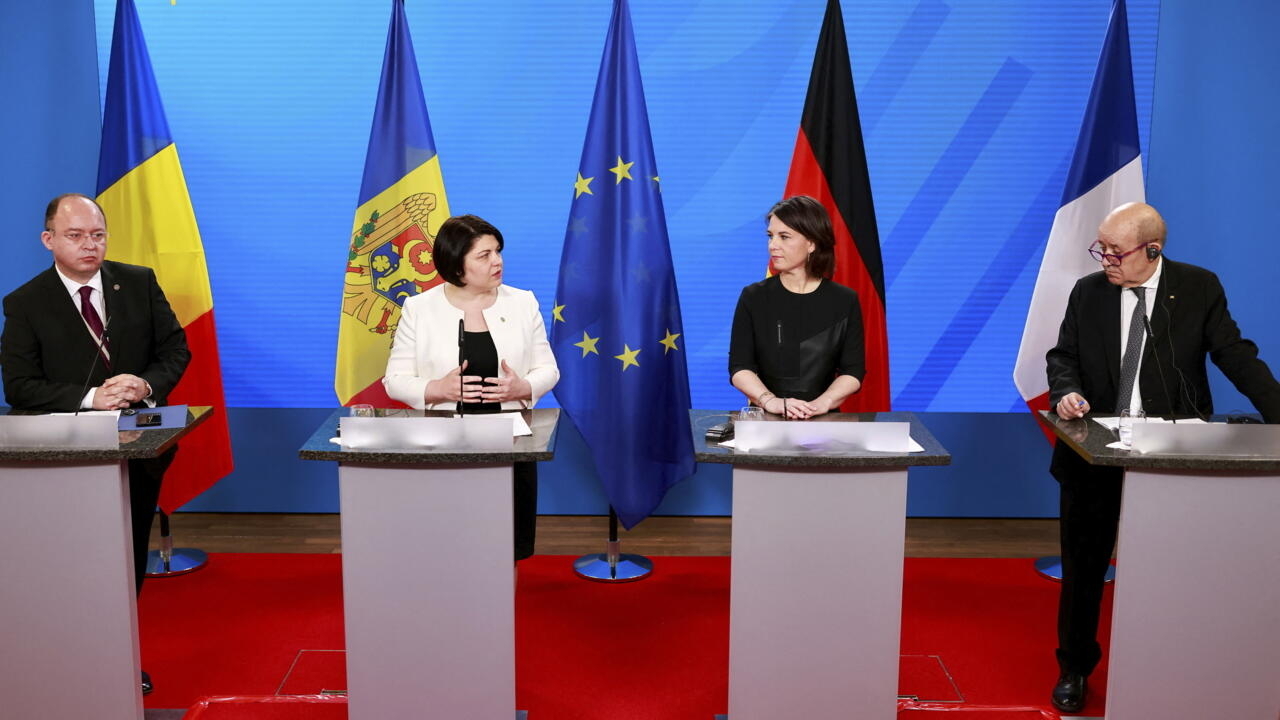 An international conference in support of Moldova brought together, on Tuesday April 5, 2022 in Berlin, some thirty countries and various international organizations. Moldova, bordering Ukraine, is considered the poorest country in Europe. It has hosted many refugees and is facing a serious economic crisis.

With our correspondent in Berlin, Pascal Thibault

Loans and various forms of aid totaling 700 million euros were decided at the Berlin meeting, chaired by Germany, France and Romania.

Moldova, with 2.6 million inhabitants, has hosted nearly 400,000 Ukrainian refugees. A quarter is still on its territory. Some have already been transported to Western Europe.

German Foreign Minister Annalena Baerbock announced that 12,000 Ukrainians currently in Moldova would be taken care of by various European countries.

« We have come together today to state clearly: Moldova is not alone. We see what challenges you face. We are at your side and we act preventively said Ms. Baerbock.

Other planned measures: humanitarian aid for Moldova, aid for internal reforms launched there, support for the development of the country’s energy independence, whose gas supply depends 100% on Russia.

Moldova, which ultimately wishes integrate the European Union, feels threatened by Moscow. As in Ukraine, part of its territory, the Transnistriais dominated by pro-Russian forces.

► Current affairs debate: Why is Moldova afraid of being Vladimir Putin’s next target?