In France, another wild scandal with fans, Mkhitaryan and an 18-year-old prodigy ruined Shevchenko’s debut, Real is the sole leader – 11/22/2021 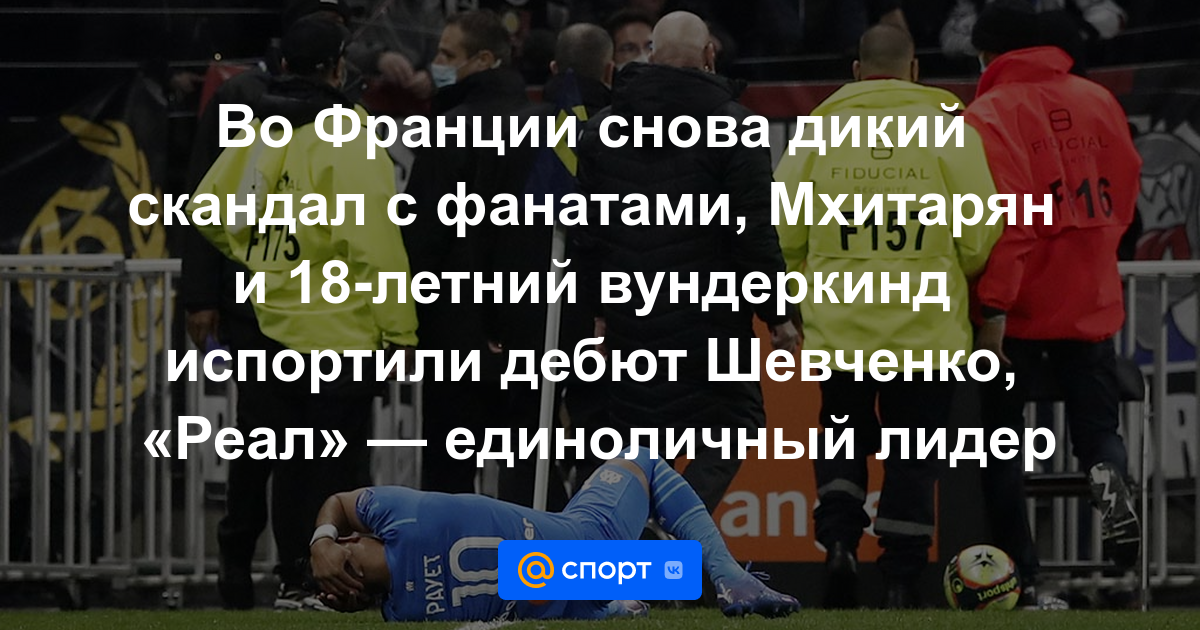 After the quarantine, the French fans seemed to be off the chain. The number of scandals in the stands has already exceeded all reasonable limits, and the most unfortunate team of the season is Marseille. A firecracker was thrown in Montpellier in Rongier. In Nice, Payet threw a bottle that had flown from there onto the podium, provoking riots. And in Lyon, one of the hosts’ would-be fans hit the head of the Marseille captain already in the 3rd minute.

The culprit was quickly identified and expelled from the stadium. But before that, the leader of one of the Lyon fan groups gave the thrower a hefty slap in the face.

Then protracted negotiations began. Lyon and the local authorities were in favor of restarting the game. Strongly against – referee Ruddy Bouquet. When asked to change his mind, he stated that he would first speak with Payet. At the same time, the footballer was shocked by what had happened and, in any scenario, would not have entered the field.

After about an hour and a half, information appeared that the match would be finished, while Ligue 1 remained dissatisfied with the position of the authorities. However, unlike the home team, the Marseille footballers did not go to the second warm-up of the evening, refusing to play. Their position was supported by Bouquet, who considered that the safety of the participants in the match was not guaranteed, and asked the prefect of the region to reverse his decision.

The final verdict to cancel the game was passed 40 minutes after fans were told that the match would resume. By this time, the stands were practically empty, and the president of Lyon, Jean-Michel Olas, was indignant. According to him, Marseille’s reaction was too harsh and there were no problems with restarting the game. As an argument, he cited information that the fan who threw the bottle had nothing to do with fan groups, he was removed from the stadium and taken into custody.

After listening to this, Thierry Henry, who came to the game as a television expert, remarked: “We live in a democracy, and everyone can have their own opinion. But I think the match should have been stopped. ” As for the further fate of the game, it will be decided on Monday at an emergency meeting of the disciplinary committee of the French league. In this regard, it is worth recalling that the disrupted meeting “Nice” – “Marseille” was then replayed on a neutral field with empty stands.

While in the red part of Manchester they are busy looking for a head coach to replace the dismissed Ole Gunnar Solskjaer, three times beaten by the Norwegian “City” bypassed Liverpool in the table and three points behind the leading Chelsea. At the same time, Josep Guardiola’s team has only 6 conceded goals in twelve rounds.

The Citizens forced the strong Everton to play almost the entire match on the defensive, but broke into the butterscotch defense just before retiring. Sterling, for whom this was his 300th Premier League game, skillfully bypassed the offside trap and sent the ball into the back of the net after a brilliant pass to João Canselo. The Portuguese has already given six assists this season, more than in two previous seasons.

It looks like the champions decided to score only beautiful goals on Sunday, and this idea was confirmed by Rodri. The master of destroying other people’s attacks showed his best qualities on the approaches to someone else’s penalty area, having calculated Allan’s risky pass, but at the same time he did not just perform his usual interception, but shot in touch at the “nine”. It’s funny, but before moving to England, Rodri had only one long-range goal, and in the Premier League he sent the ball into the net four times from outside the penalty area.

In the national team, Kane took his soul away with a hat-trick against Albania and poker at the gates of San Marino, and today, without even scoring, he did a great job. At the beginning of the second half, it was he who struck the spurs’ first strike on target since October 24, interrupting a series humiliating for his team at around 4 hours 27 minutes.

Tottenham were losing at that moment, but a turning point in the game was already outlined. Heybjerg’s goal – the most difficult one – completed a protracted and slightly chaotic attack. Antonio Conte was jubilant, as if his team approached the title, and this energy seemed to be transferred to the players. The penalty kick was victorious, crowned with Dyer hitting the post and finishing off Regilon, and after the final whistle it turned out that the Londoners were already almost in the European Cup zone. There is one point to the fifth-coming Arsenal, and four to the rear-league quartet West Ham.

Carlo Ancelotti’s team has clearly demonstrated what a convenient opponent is. Madrid beat Granada for the thirteenth time in a row, creating a solid reserve by the middle of the first half. Both Asensio, who did not score against Mallorca after the September hat-trick, and defender Nacho, who had not distinguished themselves since August, hit the target with Kroos’s passes.

Yes, Vinicius Junior played in front of his own penalty area, and Suarez stumped Courtois with a ricochet. Then there were a few more tense moments at the gate of the creamy, but at the same time, “Real” missed a lot of their own chances. The swing continued until a brilliant combination with a cutting pass from Benzema ended with Modric leading Vinicius to an empty net.

Ultimately, the hosts’ hopes for a turning point in the game were killed by the removal of Moncha, after which the referee sent Granada head coach Robert Moreno to the podium. After that, the meeting turned into a follow-up mode, during which the creamy swagger as best they could. The fact that they limited themselves to one goal from Mendy rather speaks of the complacency of Real Madrid, which powerfully and effectively returned to first place.

But if for several rounds the “royal club” was at the top until the end of the match with the participation of “Real Sociedad”, then this time the Basques stumbled in the home game with “Valencia”. Even the long-awaited return of Oyarsabal did not help. Moreover, a quarter of an hour after his appearance on the field, the hosts remained in the minority due to the removal of Elustondo.

Italy: Napoli suffered their first defeat before the game against Spartak

On Saturday, Milan suffered their first defeat of the season, and after Napoli’s visit to Milan, there were no unbeaten teams in Europe’s leading leagues. Although for Luciano Spalletti, who returned to the San Siro, it all started well – with a cool shot from Zielinski under the crossbar. However, by the break “Inter” was already leading in the score, and both goals of the hosts were assisted by modern technology. VAR helped to assign a penalty, and also to fix that after hitting Perisic with his head, the goalkeeper hit the ball from behind the goal line.

This advantage was developed by Lautaro Martinez, who completed the counterattack, while Napoli only managed to sweeten the bitter pill with a historic goal from Mertens. The Belgian is the club’s absolute record holder for goals scored, and now he is also the best sniper in Serie A. He has 103 accurate shots, which made it possible to bypass the legend of the southerners of the 20-30s of the last century, Antonio Voyac.

Andriy Shevchenko made his debut as the head coach of the Griffins with a duel with Jose Mourinho. The balance of power was obvious, because Genoa had not won for nine rounds and dropped into the relegation zone. And, of course, the hosts had to defend themselves for most of the meeting. In theory, everything could have turned out very sad for them, but Mkhitaryan’s goal was not counted, and Shomurodov did not use the excellent moment.

The picture did not fundamentally change after the break, but Genoa almost caught the wolves in the counterattack. To the disappointment of the Genoese fans, Sturaro did not manage to adjust to the ball after a strong lumbago, and he himself ended up in goal instead of the ball. As a result, it backfired, and although Mkhitaryan didn’t score, he decided the fate of the match with an impressive solo pass and an ideal assist to the 18-year-old Afenu-Gyan, who scored the first goal at the professional level.

This inspired the young man so much that before the final whistle he grabbed the ball on the flank and, shifting to the center, sent it to the far top nine.

Roma climbed to fifth place, and Shevchenko has a lot of work ahead. Rescue from relegation is perhaps the most difficult thing in football.

In general, an ordinary match of the middle peasants of the championship with one of the outsiders deserves mention thanks to the interrupted “drought” of Cagliari. And it’s not even that the team from Sardinia didn’t score 338 minutes, but the beauty of Keith Balde’s goal. The Senegalese delivered a stunning blow through himself, and his masterpiece will certainly adorn the hit parade not only of the tour, but of the entire Italian season.

Statistics of the day

3rd the match was won by four goals this season by Feyenoord. The same as in the two previous championships, and on Sunday, Rotterdam midfielder Thiel scored his 15th goal, taking into account all tournaments.

9 the head coach of Galatasaray Fatih Terim was defeated in the derby with Fenerbahce. The Canaries are the Emperor’s most awkward rival in the Turkish championship.

504 goals have been scored by Ajax in 185 appearances under Eric ten Hag. 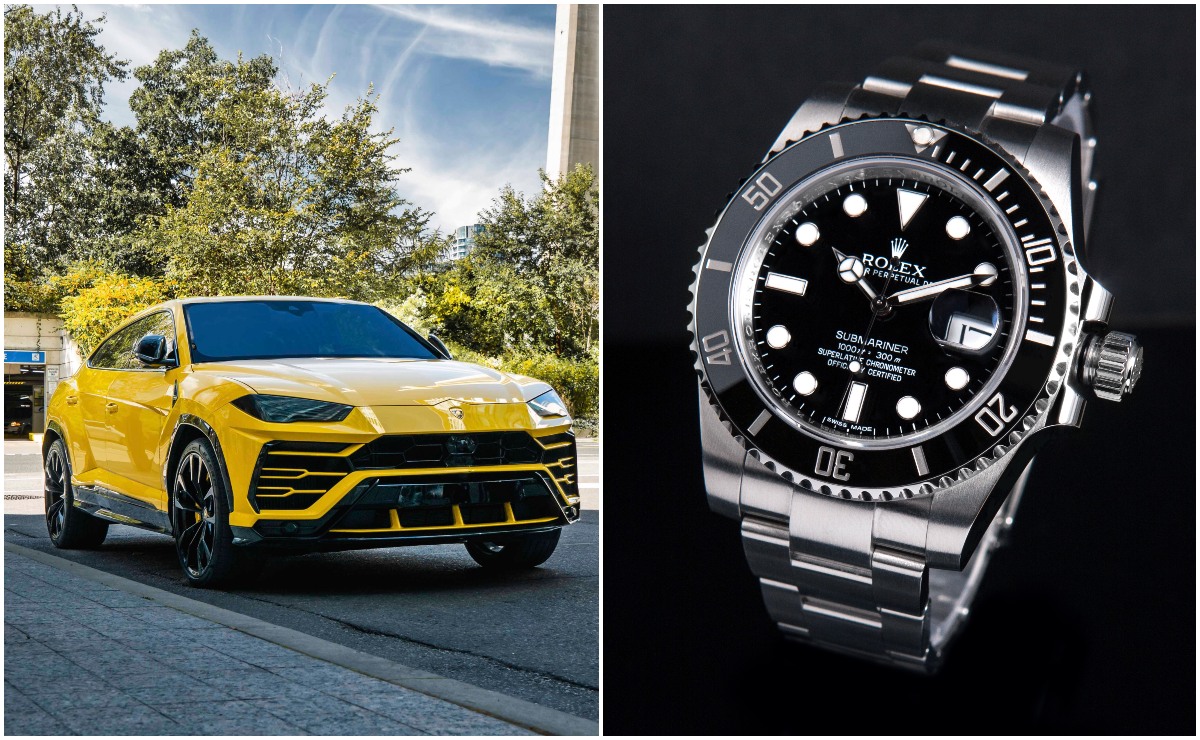 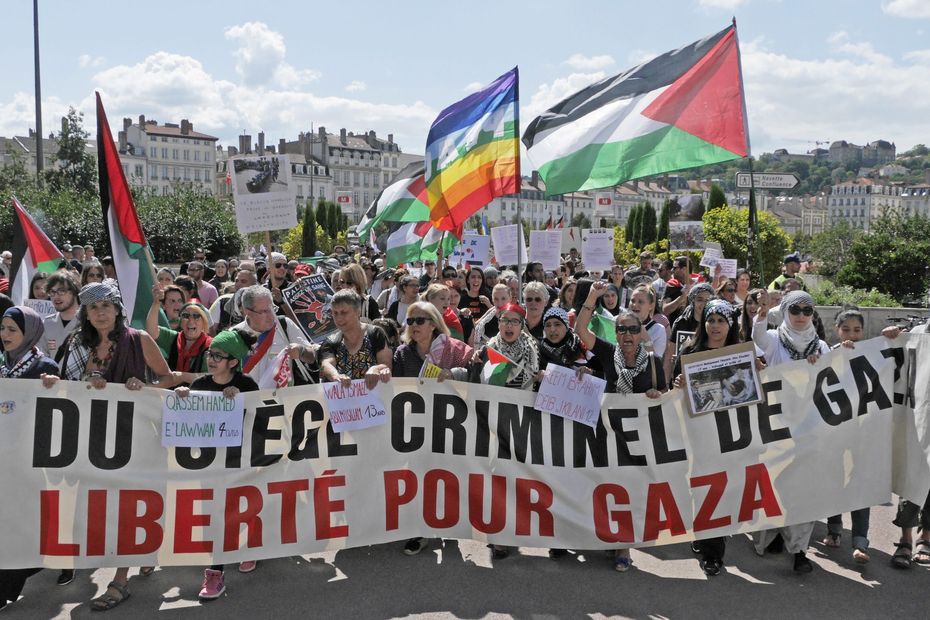 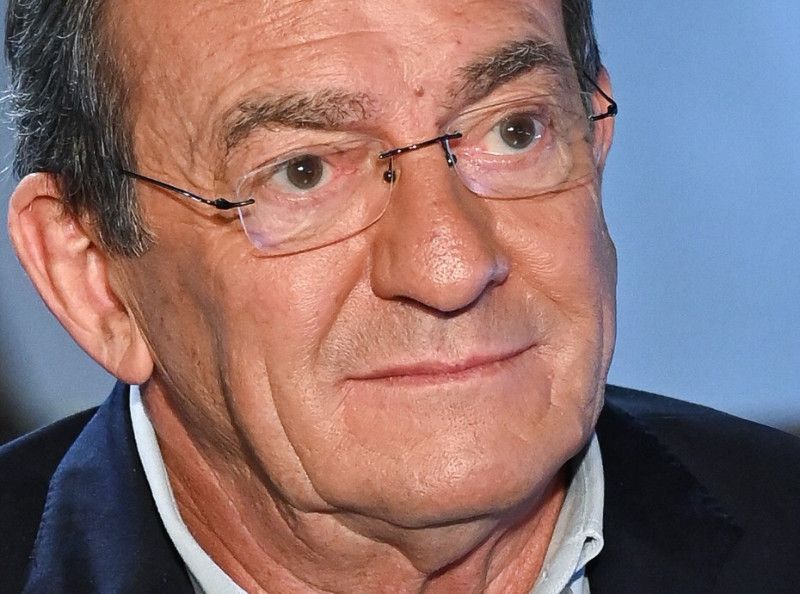 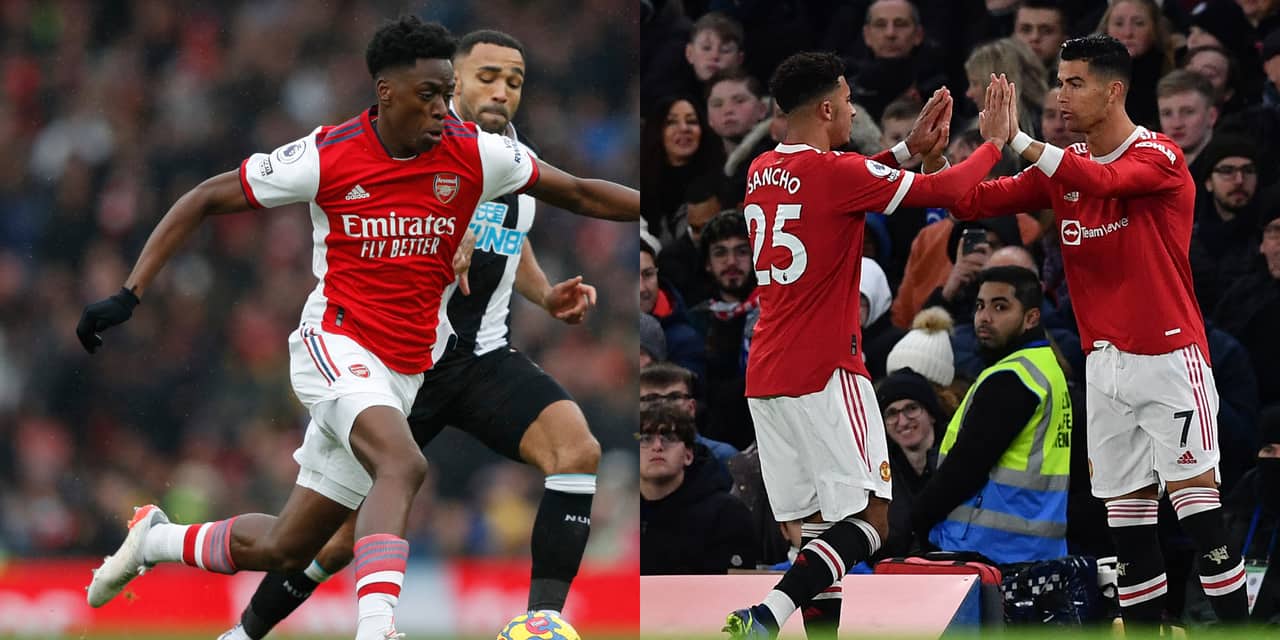 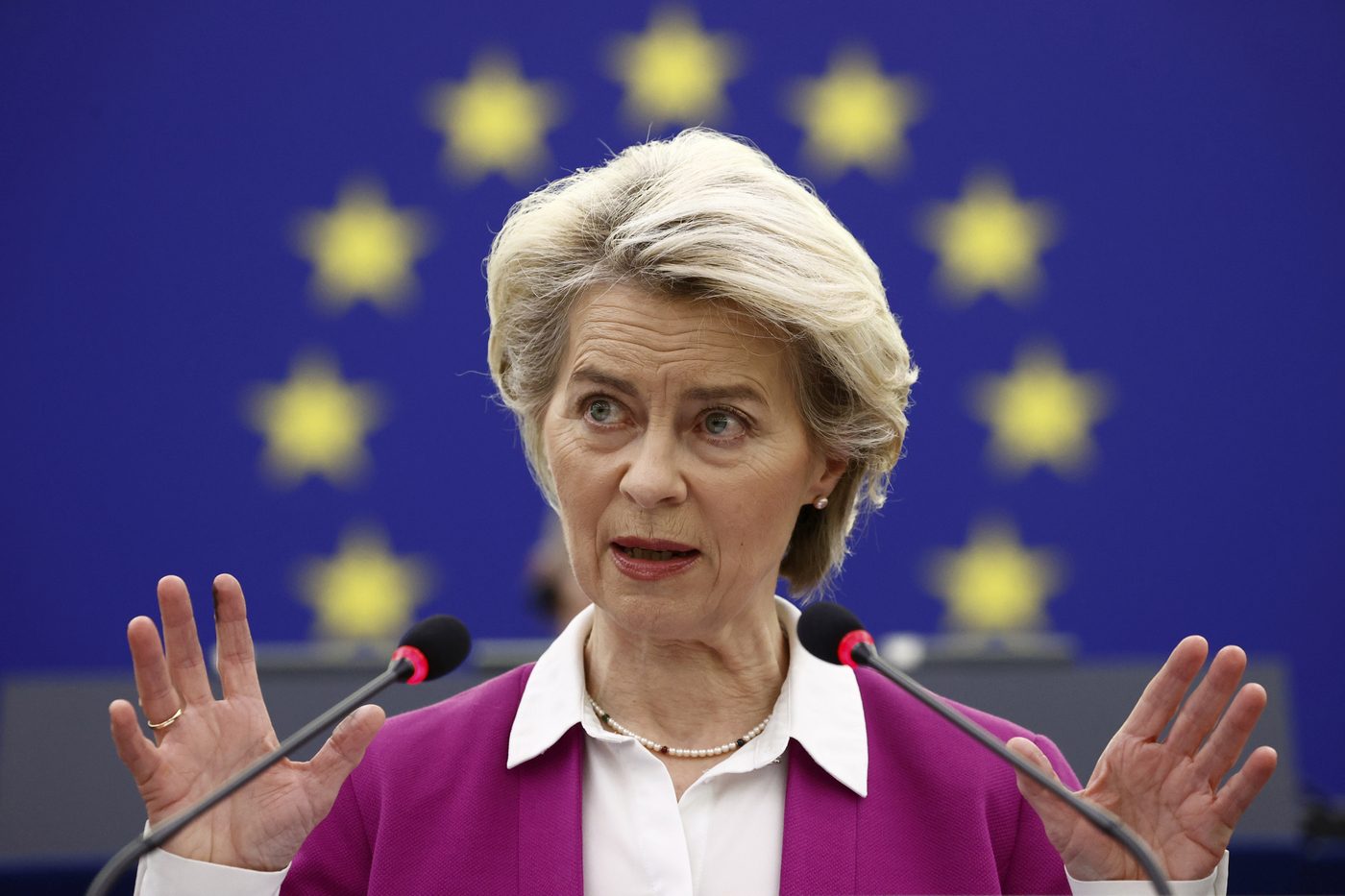 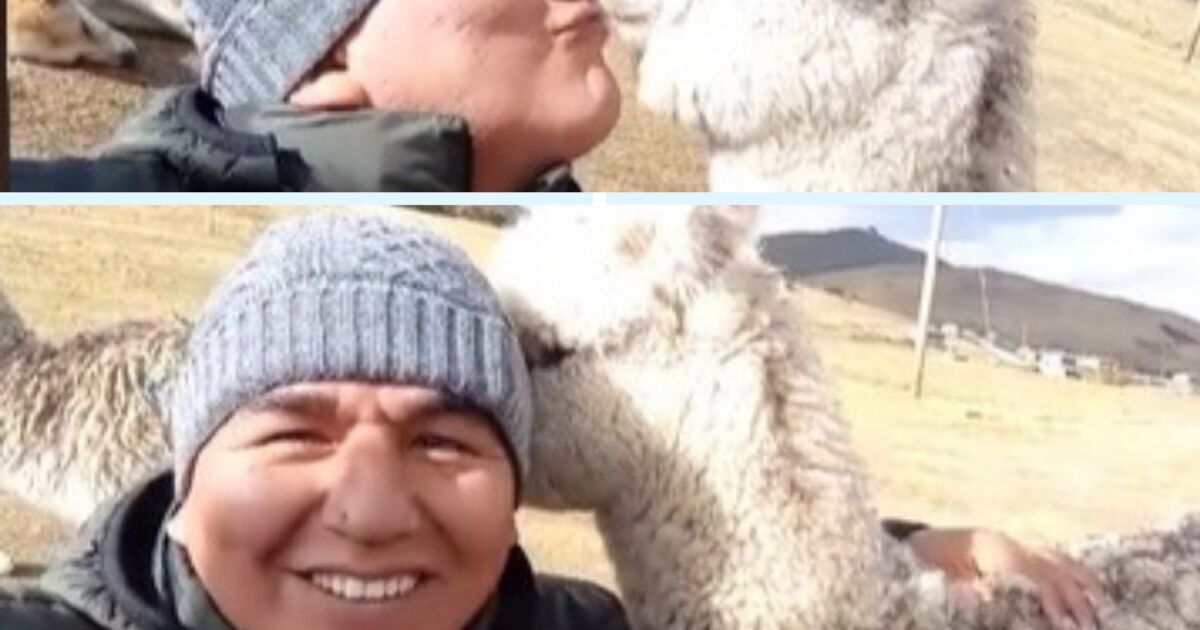