in Niort, guided tour of a house built … in a water tower

Home » News » in Niort, guided tour of a house built … in a water tower 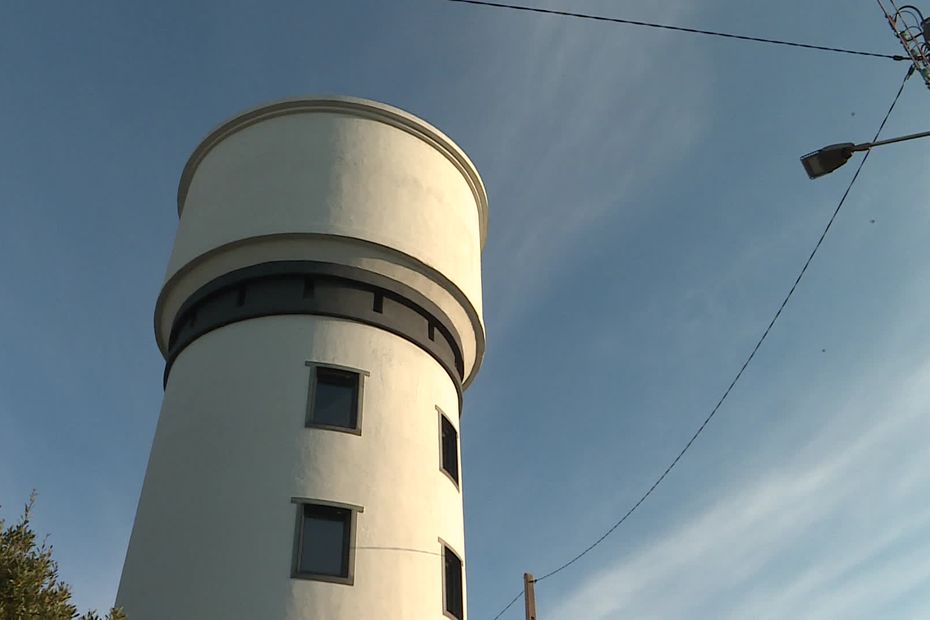 In Niort in Deux-Sèvres, a very particular building intrigues the neighborhood. An old water tower has been rehabilitated into a house on three levels. An unusual place to live and an extraordinary technical feat.

Installed in more than 130m² of living space, Fabien Faure-Bonnet leads the life of a castle. And for good reason, the young man moved into a house built … inside a water tower.

In an opulent interior and with a refined decoration, bedrooms, private bathrooms, laundry room, kitchen and dining room are spread over three levels. Culminating at 16 meters in height, the house of Fabien Faure-Bonnet dominates the surroundings of Niort.

Living in a water tower is Rozenn Devic’s idea. Real estate agent within the Immovert agency, installed for 25 years in Beauvoir-sur-Niort, she fell in love with the building and after having made its acquisition, she immediately imagined building a house there. Originally, however, “it was a perfectly empty cylinder. there was absolutely nothing that existed”, Assures Rozenn Devic at the microphone of France 3 Poitou-Charentes.

But Rozenn Devic, supported by her husband, persists and starts renovating. A titanic site: within the enclosure of the reinforced concrete cylinder, it was necessary to build a completely independent interior structure which supports the frame of the house. “We were afraid of cracks, we had to do everything little by little, it took a very long time. We were constantly checking if the castle was holding up”.

Everything was technically complicated, every day was a technical constraint to solve

The work is now finished and when Fabien Faure-Bonnet, the current tenant, discovers the photos of the site, he is stunned. “We really don’t realize what it was, it makes me weird, I don’t even recognize“, he comments.

Fascinated, Fabien Faure-Bonnet feels perfectly at ease inside his water tower. What he prefers: the panoramic view of the city of Niort. Perched several tens of meters high, it contemplates a “very green” city and tries to make the most of the view, in particular thanks to the 14 skylights created during the renovation.

We fly over the neighbors’ gardens. We feel like a bird

At this height, he said he was sometimes surprised by the force of the wind and the gusts. But surrounded by twelve centimeters of reinforced concrete, he is reassured. “You can hear the gusts of wind and it can be impressive. But we know that the castle is solid and that we do not risk anything“.

Around the rooms, some original remains of the water tower remain. In particular the huge water tank which once housed the reserves to supply an entire village. Today condemned, this tank could well become, one day perhaps, a swimming pool, slips Rozenn Devic.