In the United States, the police again implicated after the death of Keenan Anderson, an African-American who received six Taser shots

Home » World » In the United States, the police again implicated after the death of Keenan Anderson, an African-American who received six Taser shots 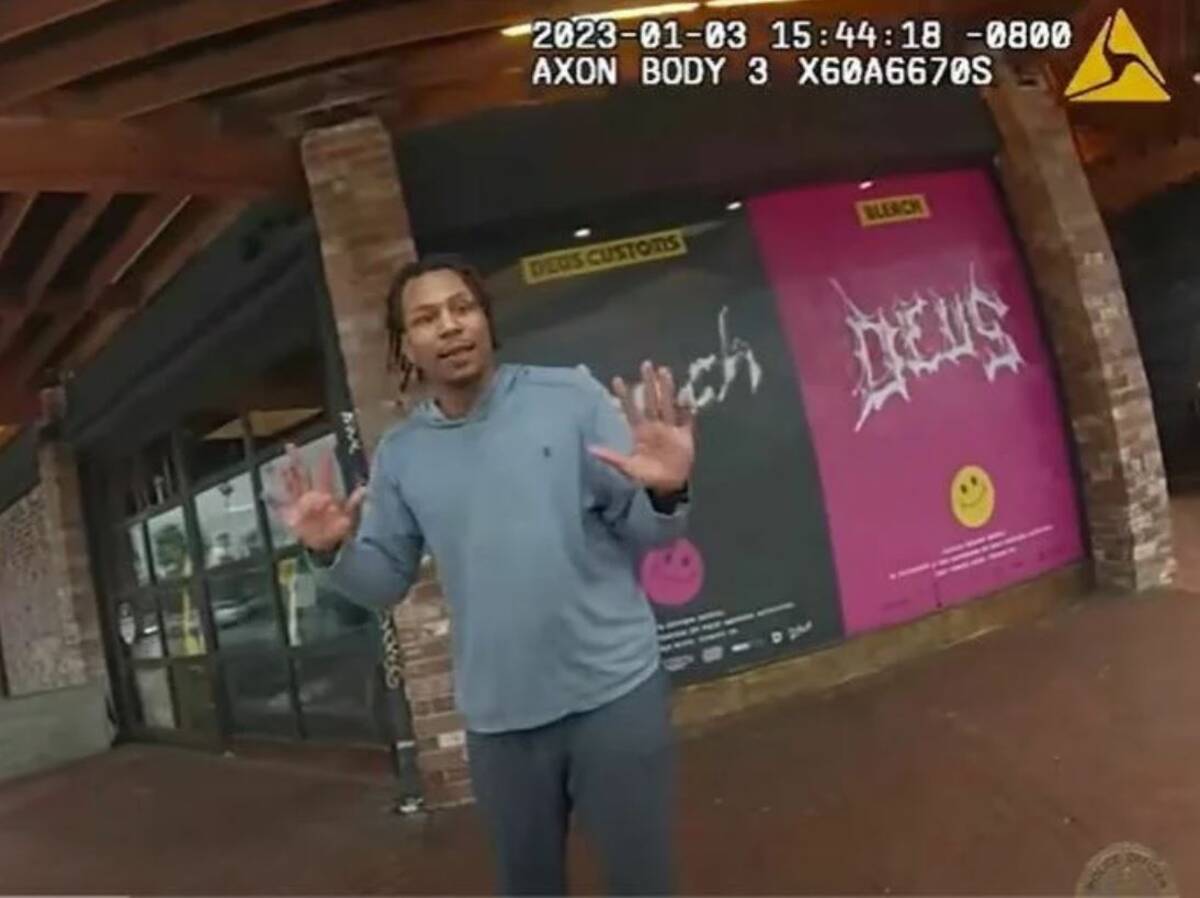 On January 3, Keenan Anderson died of cardiac arrest hours after being arrested by Los Angeles police and shocked six times. His family and the mayor of the West Coast town demand justice.

There is, unfortunately, an air of déjà vu. A little less than two years after the George Floyd case, named after this black forty-something killed by a police officer during his arrest in Minneapolis, a new similar episode is rekindling tensions and controversies in the United States. This time, the victim – also African-American – is called Keenan Anderson and died of cardiac arrest in hospital, hours after being tasered six times by police. For his family and in particular his cousin Patrisse Cullors, co-founder of the Black Lives Matters movement, it is clear, the thirties “was killed by the police”.

The events took place on January 3. That day, a policeman on a motorcycle comes to meet Keenan Anderson, a 31-year-old teacher suspected of having been involved in a banal traffic accident in the Venice district of Los Angeles. The latter, who is in a daze, walks in the middle of the road before the officer asks him to get on the sidewalk and sit down. Anderson, at first, complies. Then, a few minutes later, explaining that he wanted “to be seen by people”, the 30-something gets up and runs off. Helped by reinforcements, the policeman manages to catch up with the teacher and orders him to lie on his stomach.

Visibly panicked, Keenan Anderson struggles and shouts: “help”, “they are trying to kill me”. But also “they try to make me like George Floyd”, as an officer briefly places his elbow on his chest and neck. On May 25, 2020, police officer Derek Chauvin left his knee on the back of George Floyd’s neck for more than eight minutes, preventing him from breathing and causing his death by asphyxiation.

Faced with a Keenan Anderson still a little distraught but who does not seem to represent a danger to the police, one of the agents threatens to shoot him with a Taser. Threats quickly executed. In a few seconds, the police officer shoots several times in the back of the thirty-something with his electric pistol. Los Angeles Police Chief Michel Moore says Taser data shows “that there were six separate activations over 42 seconds”. “The two first [se sont faites] in probe mode. We think the darts weren’t effective. Then four more activations in 33 seconds in stun mode”which implies, this time, an application directly on the body he develops. “Police wrestled with Anderson for several minutes, using a Taser, their body weight, firm grips and armbars to overcome his resistance”, the Los Angeles police said in a statement. A few hours after the muscular arrest, the teacher would die in the hospital of a cardiac arrest.

“Keenan deserved to live, his child deserved to be raised by their father. Keenan, we will fight for you and for all of our loved ones who are victims of state violence,” writes his cousin Patrisse Cullors. On Instagram, the activist asks the public authorities to take measures so that justice is done and that this kind of drama does not happen again. She calls in particular for the Los Angeles police chief, whom she accuses of justifying the murder of her cousin, to be removed from office, to restrict the use of Tasers or to end the immunity of the police. guilty of blunders.

Like the family of Keenan Anderson, the African-American mayor of Los Angeles, Karen Bass, has called for the full light to be shed on the case. But above all that the police officers involved be suspended pending the outcome of the investigations. “Whatever their outcomes, the need for urgent change is clear. We need to reduce the use of force first and foremost, and I have absolutely no tolerance for [l’usage] excessive force”, Bass said on Wednesday. An emergency, as the death of Keenan Anderson brings to three the number of deaths involving police officers in the city of Los Angeles since the beginning of 2023, according to American media.

Invited by Raphael Warnock, pastor and Democratic senator, to speak in the church of Martin Luther King, Joe Biden felt this Sunday that his famous dream of equality and justice was not “not yet” come true, and called once again to fight for “blade” from America.