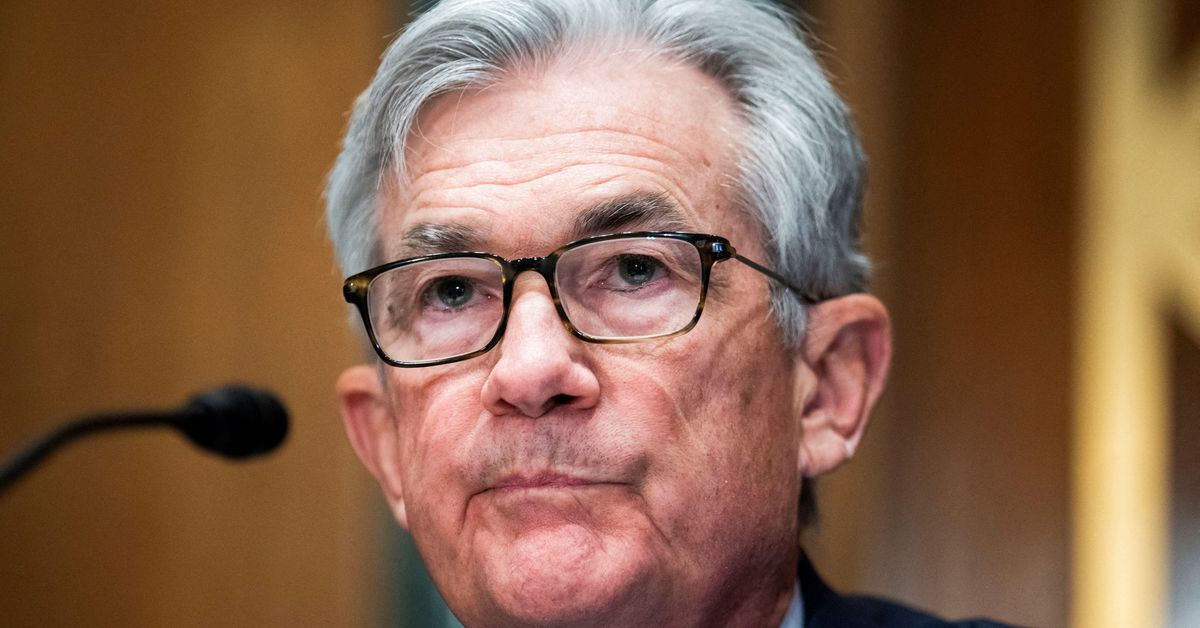 WASHINGTON, March 15 (Reuters) – New economic projections from the Federal Reserve this week will show how far and how fast policymakers see interest rates rising this year, in a first test of the impact of the Ukraine war and surging inflation on the coming shift in U.S. monetary policy.

The Fed’s policy-setting committee is expected to raise borrowing costs by a quarter of a percentage point at the end of its two-day meeting on Wednesday, a session that will set the tone for the central bank’s reaction to a war-driven energy shock that is colliding with an end-of-pandemic economic reopening and strong consumer demand.

The latest quarterly economic projections, due to be issued along with a policy statement at 2 p.m. EDT (1800 GMT) on Wednesday, will show what officials anticipate in terms of key indicators, including GDP growth, inflation and unemployment. In particular, updated outlooks will signal how aggressive policymakers may be in raising interest rates and whether that could jeopardize an expected record-setting run of low unemployment.

Fed Chair Jerome Powell is scheduled to hold a news conference shortly after the materials are released to discuss the meeting and outlook.

As of December, policymakers saw a relatively benign battle with inflation that required only modest rate increases and no change to an unemployment rate seen lodged at 3.5% through 2024 – an employment outcome not seen since the early post-World War II boom in the 1950s.

This week’s meeting “is complicated” by the need to respond quickly to inflation, now running at a 40-year high, but also by a desire to control prices without increasing the unemployment rate, said Steve Englander, head of macro research for North America at Standard Chartered Bank.

Fed officials in December projected that raising the benchmark overnight interest rate, or federal funds rate, by a total of three-quarters of a percentage point would be enough in 2022 to start easing inflation back towards the 2% target.

Since then, price increases have accelerated – the Fed’s preferred inflation measure is currently 6% – and the outbreak of war in Europe has added a new set of risks. But Englander said Fed officials may still shy from the sort of restrictive policy that might raise the risk of recession, and rising joblessness, in coming years.

“We are not convinced by the ultra-hawkish arguments” that see the Fed raising rates at each of its remaining seven policy meetings this year or signaling, at this point anyway, that rates will need to become restrictive to win the inflation fight, he said.

Englander said he expects the Fed will signal rate increases totaling 1.25 to 1.50 percentage points this year, which is less than many investors currently expect.

The median estimate of economists polled by Reuters also projects the Fed will lift the target federal funds rate from the current near-zero level to a range of between 1.25% to 1.50% by the end of 2022, equivalent to five quarter-percentage-point increases.

Investors in futures contracts linked to the target federal funds rate currently see the Fed hiking borrowing costs at a slightly faster pace to end the year with its policy rate between 1.75% and 2.00%.

Since the onset of the COVID-19 pandemic the Fed’s projections for the U.S. economy have been out of sync with how things actually evolved.

The unemployment rate fell faster, growth accelerated more quickly, and, perhaps most notably, the rate of inflation surged well beyond what was anticipated.

As the Fed’s projections caught up with the economy, the policy outlook adjusted as well, with officials penciling in more and more rate hikes for the coming year and beyond.

Yet as of December they held firmly to the hope of a “soft landing.”

The federal funds rate would only need to rise to around 2.10% by the end of 2024 for inflation to ease, a rate that is low by historic standards and loose enough to keep economic growth above trend and the unemployment rate at a steady 3.5% through 2024.

It may not all look so rosy when the dust settles on Wednesday.

“Growth and unemployment should be revised lower while headline and core (personal consumption expenditures) inflation get revised higher … We expect a hawkish message from Chair Powell, who will likely reiterate that the Fed needs to get serious about price stability,” Bank of America analysts wrote.