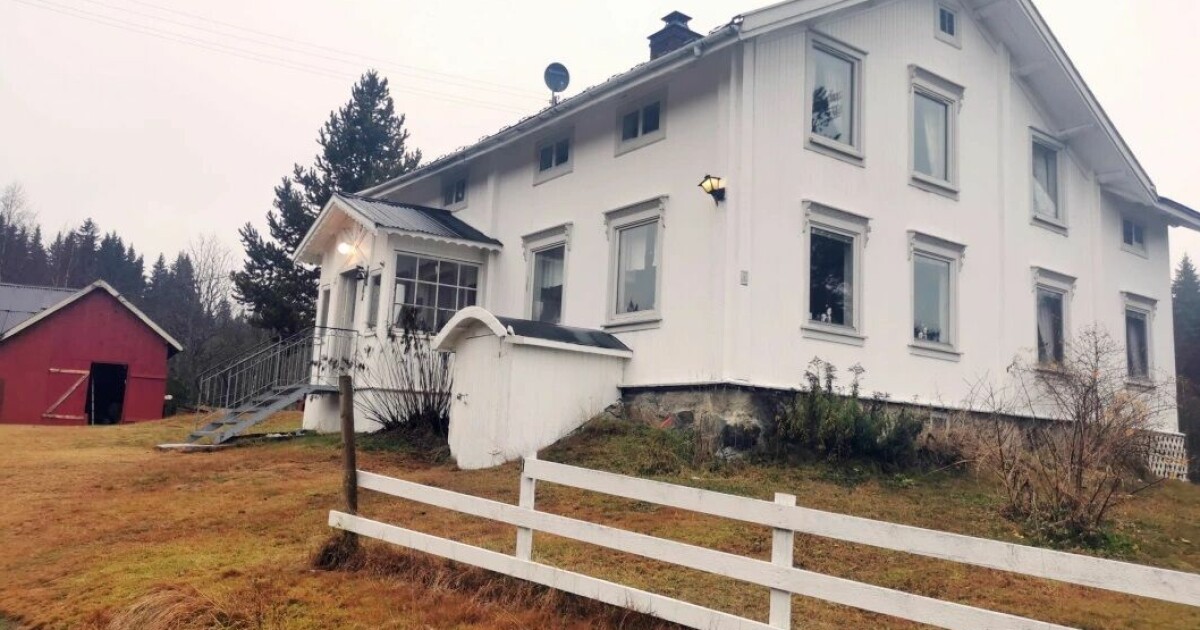 It was a dramatic night for the Farmen kendis participants when an unauthorized person had suddenly entered the farm and caused a great commotion.

– Someone had snuck in. We think they were a bit drunk, Christopher Mørch Husby tells God kveld Norge.

According to Mørch Husby, the unexpected guests tore down flower pots and entered the cabins, where they screamed and howled. The participants were divided into three cabins when they slept.

– There were many who thought it was very unpleasant and scary, says the 33-year-old, who himself was lucky enough to sleep through the chaos.

He further explains that they did not have locks on the doors, so that production could come and go as they pleased.

Sofie Karlstad reacted to the episode so much that she considered returning home from Farmen kendis.

– I was on my way to check out, because I was quite scared. After all, TV 2 had released where the farm was and where we were, in addition we had no locks on the doors. Anyone could have entered those houses, says Karlstad.

She says that “fortunately” there were only a few young people who wanted to scare them.

– We are quite vulnerable if someone actually wants to harm us. So I was a little unsure whether I should leave there when I knew how easy it was to break in, says the 25-year-old, who chose to stay.

Afterwards, she had several conversations with the production.

– I suggested locks on the doors, but it gets complicated because the production comes in and must have access to the house. But I hope they take that with them into new seasons, especially if they intend to let go of where the farm is at the forefront. Then you should have more security than one night watchman, continues Karlstad.

TV 2 comments on the episode at the bottom of the article.

– A gang of young people who I think had been partying in the woods burst in. It was disgusting for those who lived in that bedroom, and I also think it was a frightening experience, says Vik Lysne.

She also points out that people know in advance where the participants are.

– You feel very vulnerable. You don’t have a phone and can’t call any emergency services, right? So I think it was very frightening, yes.

Woke up by a scream

Marit Adeleide Andreassen says that she slept in the same room as Trond Moi, and woke up to a violent crash.

– The next morning we saw that the flower pots had been knocked over and that the toothbrushes had been stolen. Things were also knocked over in the main house, but we never found out who it was.

She says others found it more disgusting than she did.

– They were afraid that we were going to be cut up into small pieces, but I just thought it was mob action, and wasn’t so afraid, says Andreassen.

The aforementioned Moi says he woke up to a “hell scream”.

– It was actually a bit frightening. One thinks: “If we are attacked, what will happen?”. It took half an hour, three quarters of an hour before I fell asleep again, says the chef.

This is how TV 2 responds

Good evening Norway has sent several questions to TV 2, including whether the security of the participants is not good enough. Press manager Jan-Petter Dahl responds in an email:

– It is true that we had an episode where unauthorized persons entered the farm, opened doors and frightened the participants. Safeguarding the safety of the participants is the highest priority, and we have security guards at the “Farmen kjendis” farm to ensure the participants get help in the event of unforeseen situations.

Dahl points out that the area is large, and that it is therefore not possible to ensure 100 per cent against unauthorized access to the area on foot or through the forest.

– In the aforementioned episode, the guards were in the immediate vicinity, but did not manage to stop the intruders before they disappeared, writes Dahl.

He goes on to say that the episode led to changes.

– Following this, the routines were changed and we had guards in the yard to prevent similar episodes from repeating themselves.