iPhone 15: Apple would switch to the USB-C port

Home » Technology » iPhone 15: Apple would switch to the USB-C port 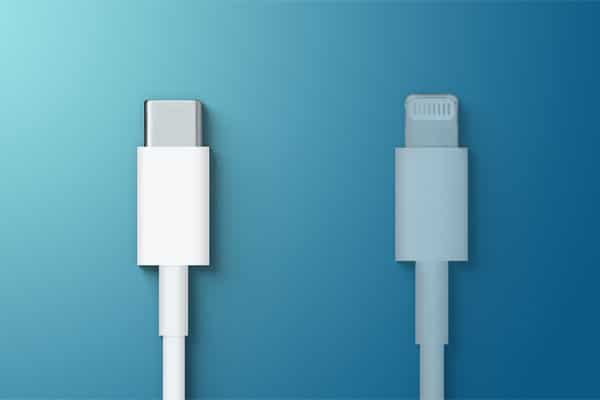 Apple would make a huge change to its iPhone generation in 2023. The iPhone 15 could become the first equipped with a USB-C port, which means that Apple would finally abandon its famous Lightning port.

Apple has been offering iPhones with a Lightning port for 10 years now, a connection that is only present on Apple brand iPhones and no other smartphones on the market. The iPhone 5 was the first to get it, and the iPhone 13s released last year still have it.

But in 2023, Apple would finally abandon the Lightning port in favor of USB-C, according to information from analyst Ming-Chi Kuo. The latter very often falls right with regard to Apple, and this information is to be followed closely.

Ming-Chi Kuo relies on sources close to the supply chain to make his point. He assures : “My latest survey indicates that the new iPhone of 2023 will abandon the Lightning port and switch to the USB-C port” before adding the new connection “could improve iPhone transfer and charging speed in hardware designs, but details of final specs still depend on iOS support. »

This major change to the design of future iPhones, which should be the iPhone 15, would arrive in the second half of 2023. However, a few months ago, Kuo argued that Apple would keep its Lightning port for several more years, in particular to preserve its income. from the program Made for iPhone and explaining that USB-C is less waterproof than Lightning.

But Apple seems to have changed its mind about integrating the USB-C port on the iPhone. It must be said that the European Commission is putting pressure on smartphone manufacturers, but especially on Apple, to introduce a single charger in Europe. The European Parliament gave the green light for this universal charger project last month.

This new law would then force Apple to integrate a USB-C port into all its products (excluding Macs and MacBooks) sold in Europe by 2024. This therefore concerns iPhones, iPads and AirPods sold on the Old Content, and Apple would have the choice between offering USB-C only in our regions or globally to facilitate production processes. Remember, however, that some recent iPad models are already equipped with a USB-C port.

But due to the European Union plans on the universal charger, Apple has reportedly decided to prioritize the development of an iPhone with USB-C port rather than an iPhone without a port.

(2/2)
It’s expected to see existing USB-C-related suppliers of Apple’s ecosystem (e.g., IC controller, connector) become the market’s focus in the next 1-2 years, thanks to vast orders from iPhones and accessories’ adoption of USB-C ports.