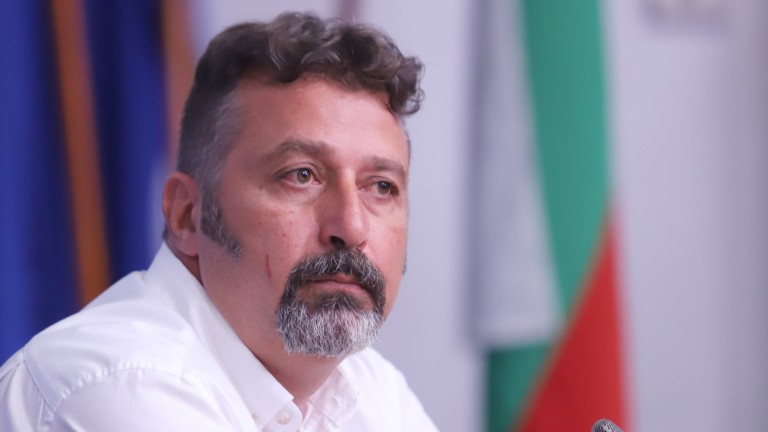 “This speech must be put to an end once and for all. 12 days before this application is made public, Mr. Nikolov knew that he would be nominated as a candidate for prime ministerThis was stated by the MP from “There is such a people” Philip Stanev for BNR seconds after the co-chairman of Democratic Bulgaria “Hristo Ivanov confirmed the words of Nikolai Hadjigenovthat the only name discussed was that of the lawyer and MP Petar Iliev. After Filip Stanev, this was also said by Tatiana Doncheva, an MP from ISBNI.

“A man, and a man, if he does not keep his word as a man, costs exactly as much as the air above his head,” said Philip Stanev metaphorically.

Hristo Ivanov: We received a black box from Slavi Trifonov

The name of Petar Iliev, not Plamen Nikolov, was actually commented on with DB

It became clear that ITN continued to present the names of the ministers according to the plan only on Friday during the vote on the mandate in plenary. Filip Stanev believes that if they announce their ministers now, they will be the object of all kinds of attacks and yellow news.

According to him, it is high time for politics to stop being made in a market way of the battle type.

If GERB is deleted, but to replace it with another model and mask it behind the fact that we are smart, beautiful and that we are the urban intelligentsia is a wrong approach. Let’s not be divided into smart and beautiful, but to work because the state has severely hampered him, called Philip Stanev.

Slavi Trifonov answers from Facebook instead of Yordanov and Nikolov

He clarified that the decision was made two weeks ago

If we play on cunning and false diplomacy, will not happen. We are not such people, because we have to bear the responsibility, the MP from ITN emphasized and added that for them the power is not an end in itself.

If they don’t support us, it’s not a problem for us to leave – no problem. If you enter politics to be applauded, you are very seriously mistaken, stressed Stanev.

The top priority for ITN remains the implementation of the law and the achievement of retribution.

Asked whether they rely on the falling quorum to pass a government, after former Prime Minister Borissov made a request yesterday that he could withdraw the deputies from the plenary hall, Filip Stanev said that ITN could not tell GERB what to do. On DB, BSP, The MRF also can not say.

Borissov for candidate for prime minister: The boy looks nice, but he has no self-confidence

The only chance is “Slavi to come out and restrain others, maybe because he is authoritarian”

However, the responsibility that there will be no government will not be ours, said Filip Stanev.

“Let us manage both the budget update and the Recovery and Sustainability Plan will become,” he urged.

If we do not act practically, nothing will happen, he added. “With us, let’s not brag, but there are responsible and professional people,” the MP praised.