Jeff Bezos, the man preparing to fly into space and competing with Richard Branson to pave the way for space tourism, has a long entrepreneurial career behind him.

Founder of Amazon, of which he ceased to be its top manager just a few weeks ago, is also the owner of The Washington Post and founder of the space exploration company Blue Origin.

Renowned for his business successes, he also has behind him a controversial personality and quite a few phrases that are always used as an example of work inspiration. This is the story and biography of one of the richest and most powerful men on earth.

From finance to your startup

Jeff Bezos was born in 1964 in New Mexico and studied computer science and electrical engineering at Princeton University. After finishing his studies, he worked on Wall Street and became the youngest senior vice president of investment firm DE Shaw.

However, in 1994 he quit his job to move to Seattle and found Amazon.com as an Internet bookstore.

It wasn’t until the following year that Amazon would open its doors at the dawn of e-commerce. A company that had an overwhelming success: in just 30 days it had managed to sell books both in the United States and in 45 other countries. In two months, sales reached $ 20,000 a week.

Open 24 hours a day, the site was easy to use, encouraging users to post their own book reviews (something that has been called into question lately), and offering discounts, personalized recommendations, and out-of-print book searches.

Read Also:  United Kingdom. The results of the investigation into the attack on the London Bridge

This meteoric growth led to, in 1997, Amazon went public. Although some investors expressed doubts about Amazon’s viability when other stores decided to open their own online stores, Amazon soon became the leader in e-commerce. A position that Bezos took advantage of to expand his product catalog: music, videos, electronics, toys …

Although many of the companies called dot com went bust and disappeared, Amazon managed to stay afloat and keep increasing its numbers: its sales went from 510,000 dollars in 1995 to more than 17,000 million in 2011. 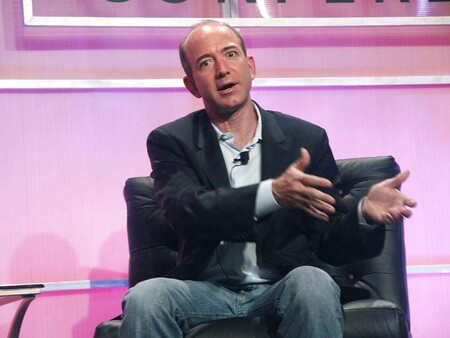 However, it is true that according to the Internet, competition in electronic commerce was growing and increasing, Bezos saw the need to diversify his business. This is how it launched Amazon Web Services (AWS) in 2006, a cloud computing service that has become the largest company in the world and has just turned 15 years old.

Not only that, AWS is one of the most important legs of Amazon’s business as a company – about half of the company’s operating income in 2018 already came from AWS.

A year later, in 2007, Amazon launched a digital book reader with wireless internet connectivity called the Kindle. Amazon announced in 2010 that Kindle book sales had surpassed those of hardcover books.

Amazon is also one of the biggest success stories on the Internet. In September 2018, Amazon managed to be valued at more than a billion dollars, being the second company to reach that record just a few weeks after Apple did.

However, not everything is gold in the Amazon empire. The company’s treatment of some employees has been in the eye of the hurricane in recent months.

The documentary “Amazon Empire: The Rise and Reign of Jeff Bezos” explores the company and its impact by combining news stories, interviews with journalists, consumer advocates, activists and Amazon employees, both current and past.

The two-hour documentary tracks Amazon’s expansion and some of the controversies that followed, including reports of dangerous working conditions at its warehouses, allegations that Amazon is a monopoly (something Elon Musk agrees on) avoiding taxes and killing. physical stores, and that Amazon is exercising unregulated power in a wide variety of areas.

There are also other controversies about the use of their algorithms to, among other things, make facial recognition systems.

On August 5, 2013, Bezos made headlines around the world when bought The Washington Post for $ 250 million.

Bezos assured that the values ​​of The Post were not going to change, but that other things would change within the newspaper because “The Internet is transforming almost every element of the news business: shortening news cycles, eroding long-trusted sources of revenue, and allowing new types of competition, some of which bear little or no news gathering costs. “

Bezos hired hundreds of reporters and editors and tripled the newspaper’s technology staff, although in 2018 hundreds of those employees asked for pay increases.

The dream of flying into space

As if everything he had achieved on the ground fell short, in 2000 Bezos founded Blue Origin, an aerospace company that aims to reduce the cost of space travel and initiate what has been dubbed space tourism (although, de moment, it is still accessible only to a few).

Read Also:  Tragic weekend in the Alps: The crash of two planes claimed five lives, including a small child 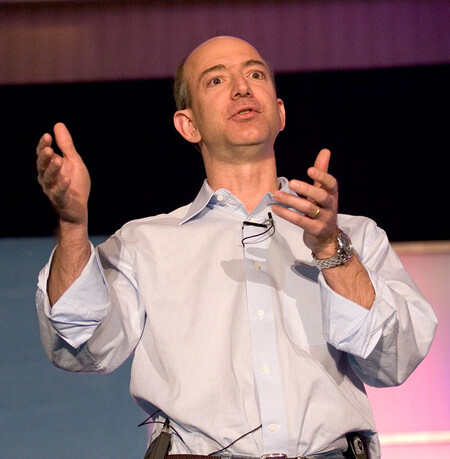 In August 2019, NASA announced that Blue Origin was among the 13 companies selected for collaborate on 19 technology projects to reach the Moon and Mars. Blue Origin is developing a safe and precise landing system for the moon, as well as motor nozzles for liquid propellant rockets. The company is also working with NASA to build and launch reusable rockets from a renovated complex outside of NASA’s Kennedy Space Center.

Like any entrepreneurial story, Bezos’s also has some errors or flaws. One of the most important was Fire Phone, Amazon’s mobile phone.

Bezos personally supervised the development and launch of this product, launched in 2014 that did not finish curdling in the market. In fact, the following year Amazon stopped marketing its Smartphone.

Bezos has a website, BezosExpeditions.com, that provides an overview of more than 30 of his top investments, projects, and philanthropic efforts.

The name “expeditions” responds to the fact that Bezos’ investments are not concentrated in just one or two industries or even market sectors. As you can see, they are an extensive “exploration” of many different areas and ideas, including cloud computing, robotics, biotechnology, and even home blown glass.

U.S. Department of Defense orders all troops to...

The Rockets are loaded with talent and youth...

The King of Malaysia is very upset with...

Polish justice is beginning to revolt

Vaccinated against COVID-19 may have a high viral...