She made her stage debut while still a student at the State Higher School of Film, Television and Theater in Łódź; she was an elf in “A Midsummer Night’s Dream”, a play directed by Emil Chaberski. Three years later, in 1963, she was put in front of the cameras – she played Joasia, who is in love with Aleksander Gierymski, who tries to help a sick painter played by Leszek Herdegen (biographical “Mansard” by Konrad Nałęcki). Critics and viewers agreed that Szczerbice has not only exceptional beauty, but also talent that, if properly cared for, can make it truly famous. Immediately afterwards, Sylwester Chęciński, who at that time had only the debut “Historia Yellow Ciżemki” on his account, offered the young actress a role in “Agnieszka 46”, where she appeared alongside Leon Niemczyk. On the wave of popularity, she received an engagement in “Tomorrow Mexico”; She played the role of a talented Majka, a girl from the provinces, training under the watchful eye of Paweł (Zbigniew Cybulski). In the same year, “Hotline” was released with her participation. Everything indicated that a new big star was born.

Read Also:  Magistrate revokes acquittal of "El Güero" Palma; order to re-apprehend him in the Altiplano

Photo: Museum of Cinematography in Łódź

She met Jerzy Skolimowski while still a student – the director had already begun to cast a spell around her, but Szczerbic remained unmoved by his courtship; she also had to decline an offer to star in a movie with him. The offended Skolimowski transferred his feelings to another acting beauty, Elżbieta Czyżewska, who not only accepted the proposal, but also eagerly appeared in his “Rysopis” (1964) and “Walkower” a year later. Their marriage was turbulent and ended in divorce, but Skolimowski did not stay lonely for long – shortly after parting ways with Czyżewska, he reconnected with his beloved Joanna Szczerbic.

This time Szczerbic looked at the former lover much more graciously; she agreed to become his wife and appeared with her husband in “Barrier” and in the film “Hands Up”, which Skolimowski called his “most sincere work”. Immediately afterwards, however, it disappeared from the radars, because in 1968 their son Michał was born and joyfully devoted herself to raising the longed-for child. Probably hardly anyone suspected then that after this maternity leave the actress would not return to the profession. 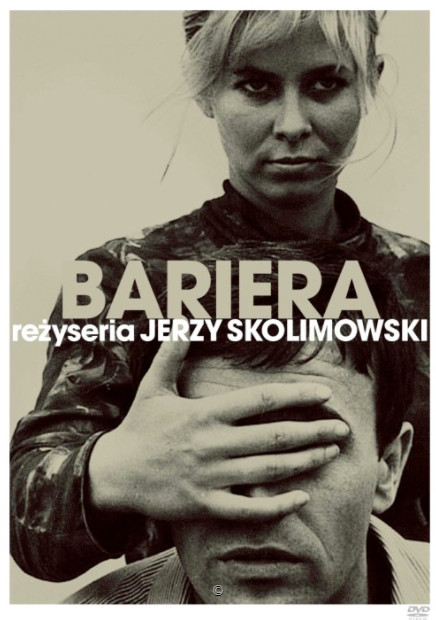 A poster for the film “Barrier” by Jerzy Skolimowski

While filming “Hands Up”, Skolimowski probably did not expect that his and his family’s lives would change dramatically from now on. “It was a very strong political, anti-Stalinist film, which unfortunately completely twisted my life. I fought a fight to be on the screen, but the huge billboard with the four-eyed Stalin was too difficult a bite for the authorities to swallow and I was actually pushed out of the country. “, he said many years later at the festival in Venice. In fact, the brave scene so outraged the censorship that the film, instead of in cinemas, ended up on the shelf with other images doomed to be forgotten. Skolimowski, fearing that after such a jump, he would undoubtedly be on the blacklist and might forget about work and a decent salary, he decided to emigrate. The wife went with him. Their second son Józef was born outside Poland.

Contrary to initial fears, Skolimowski found himself well in the foreign industry. His first foreign language production, “At The Bottom” with the beautiful Jane Asher (then girlfriend of one of the Beatles – Paul McCartney), garnered good reviews and allowed him to spread his wings. However, he himself claimed that he was just trying to somehow keep his loved ones. “An international career sounds like noisy, and I was just forced to earn a living. I had a family – a wife, two sons. We were doomed to a gypsy fate, from project to project, from one country to another. It was the biggest volta in my life. I had to throw myself somewhere in an unknown reality into an empty pool “, he confessed in” Magazyn Filmowy “.

Contrary to her husband, Szczerbice did not feel the need to continue her career. After leaving Poland, she appeared in only two films, “The Scream” and “The Best Revenge Is Success” – in episodic roles, and only because her husband pressed her very hard. “Joanna has not wanted to act for many years. Marrying me, she was relieved to say that she no longer needed to do acting, that she wanted to be a wife and mother,” Skolimowski said in an interview for Gazeta Wyborcza. And he added that his wife, coming from an advocate’s family, chose the theater school to spite her parents. She never felt a movie calling. “Joanna doesn’t appreciate the profession of an actress,” he added.

Read Also:  They announce the incorporation of 720,000 more girls and boys to the Universal Child Allowance

In 1980, Skolimowski returned to Poland; he was then allowed to finish the prologue to the film “Ręce do góry” and a year later the unfortunate “półkownik” was finally screened at the festival in Gdańsk. Szczerbic came with her husband and settled in a house he had built in Łeba. Away from the media, press and publicity – as she wanted. “Joanna has a new profession, tries her strength in business, she founded a house that builds houses. This is just the beginning, so she will probably wait for the results, but I know her from an altruistic attitude, so who knows if she will come up with the idea to build these houses suffering losses “, the director said in an interview for” Gazeta Wyborcza “in 2001.

The sons of Szczerbice followed in their father’s footsteps, but were unable to get out of his shadow. The younger of them, Józef, struggled with depression for years. “During treatment, it turned out that Józef’s problem was that we are in our thirties and still depend on our father financially. (…) Józef could not stand this addiction “, recalled his brother Michał in Newsweek. Filmed in India, “Ixjana” was supposed to help him recover from his illness, let him prove his worth. Unfortunately, Józef did not live to see the premiere of the film; He fell ill unexpectedly and died of sepsis a few days later. Szczerbic endured his death very hard. She passed away less than two years later on March 8, 2014.

Writers don’t have men to read them

Britney Spears: what to know about the case...

Fenal 32 closes activities with a musical and...

The Witcher, Splatoon, F-Zero, and TikTokers in Fortnite?...

I do not seek to separate him from...