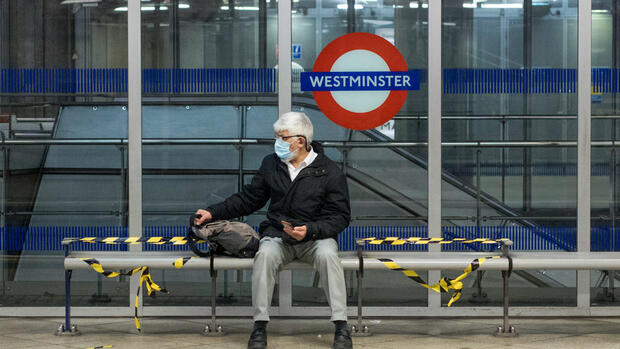 The British tabloids had proclaimed Monday “Happy Monday”. After all, after the seven-week lockdown, Prime Minister Boris Johnson finally wanted to give his compatriots some freedom again.

But the announcement of the schedule was a debacle. The government’s unfortunate timing was to blame. On Sunday evening, Johnson announced the broad lines of his plan in a television speech. The written details did not follow until 19 hours later on Monday afternoon. In between there was confusion and chaos.

Should you go to work on Monday morning? Was it allowed to meet friends or not? And what if you don’t live in England, but in Scotland, Wales or Northern Ireland?

Employers’ organizations and unions called on the British to stay at home until the government released further details on job security. The regional governments of Scotland, Wales and Northern Ireland emphasized that the easing did not apply in their parts of the country. And Foreign Minister Dominic Raab publicly contradicted the Prime Minister in interviews in the interpretation of the rules just announced.

Clarity did not return until Monday afternoon when the government released a 50-page document entitled “Our Reconstruction Plan”. This contained the key points that Johnson had already identified: In a first step, the exit restrictions will only be loosened slightly this week – more outdoor activities are allowed. Schools and shops are to open again in June at the earliest. And only from July is it possible to open restaurants, pubs, hairdressing salons and churches.

There were also new details: For example, the British are now asked to wear face masks in certain situations – for example in the subway or in supermarkets. It is also allowed to meet again with a person who does not belong to your own household. Small pleasures such as sunbathing in the park, swimming in the lake or a day trip into the countryside are now also permitted.

However, Johnson’s plan divides the kingdom. Only the residents of England are allowed to move freely again – and only within England. They are not allowed to travel to Scotland, Wales or Northern Ireland because the old lockdown rules still apply there. How this should be checked due to the lack of borders is questionable. Johnson only appealed to the “good old British common sense”.

In the lower house, the Prime Minister was heavily criticized on Monday afternoon. He was not the Prime Minister of Great Britain, but only England, criticized the leader of the Welsh nationalists, Liz Saville Roberts. “I strongly reject this,” Johnson defended. But he does accept that the lockdown will be loosened at different speeds in different regions of the country.

Labor opposition leader Keir Starmer accused the head of government of causing “considerable confusion” with his advance. There are many questions, but very few answers. First he said the British should go back to work on Monday. Now he’s talking about Wednesday. But he still hadn’t explained how that should work with job security, public transport and childcare.

The prime minister said he was relying on the sensibility of employers. In the past few weeks, a number of companies have continued to work, with “social distancing” in the workplace. And if an employee had to look after his children, the employer would have to accept that he couldn’t come to work.

Beware despite the pressure from the economy

However, Johnson’s very slow way out of the lockdown shows how fragile the situation in the kingdom is still. “In the short term, we cannot afford to make drastic changes,” the government document said. “We have little scope to keep the R-value below 1.” The R-value describes the reproductive factor of the virus: if it rises above 1, Covid-19 spreads further.

According to Johnson, the R value in England is currently between 0.5 and 0.9. In Scotland, it is higher at 0.7 to 1, which is why the Scottish Prime Minister Nicola Sturgeon does not yet want to know about a relaxation.

Johnson is under pressure from his party and business to get the country up and running again. However, the head of government remains cautious. “There can be no bigger mistake than jeopardizing everything we have achieved by going too far and too fast,” he said in parliament. The measure of his actions is not the economic recovery, but “the data, science, public health”.

Therefore, there is initially only “a first cautious modification” of the lockdown. Only if the R value remains below 1 can one think about taking the next step in June. Then, according to the timetable, the children of the preschool and the first and sixth grades could go back to school. The first stores could also open.

With his step-by-step plan, Johnson is transferring responsibility more to the population: if the R value increases again, he wants to tighten the reins again. “Everyone understands what we want to achieve together,” said the Prime Minister. “This is the moment for the whole country to follow the rules and to demonstrate the common sense.”

More: Back to life: How EU countries end the lockdown 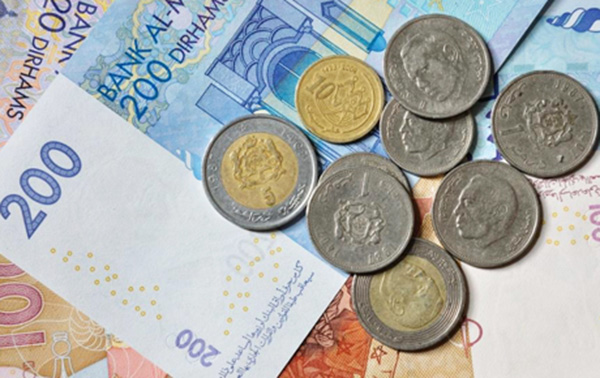 At the end of May 2020, cash circulation reached 289.6 billion dirhams, according to the latest monetary statistics from Bank Al-Maghrib. An amount up 15.7%

Leave Paris ? For real, for good? And never set foot there again under any circumstances? The opportunity is wildly tempting. Since we know –

Settings Statistik-Cookies (Tracking) To optimize the online offer, Hessischer Rundfunk uses tracking pixels, which enable a statistical analysis of your surfing behavior on our website.