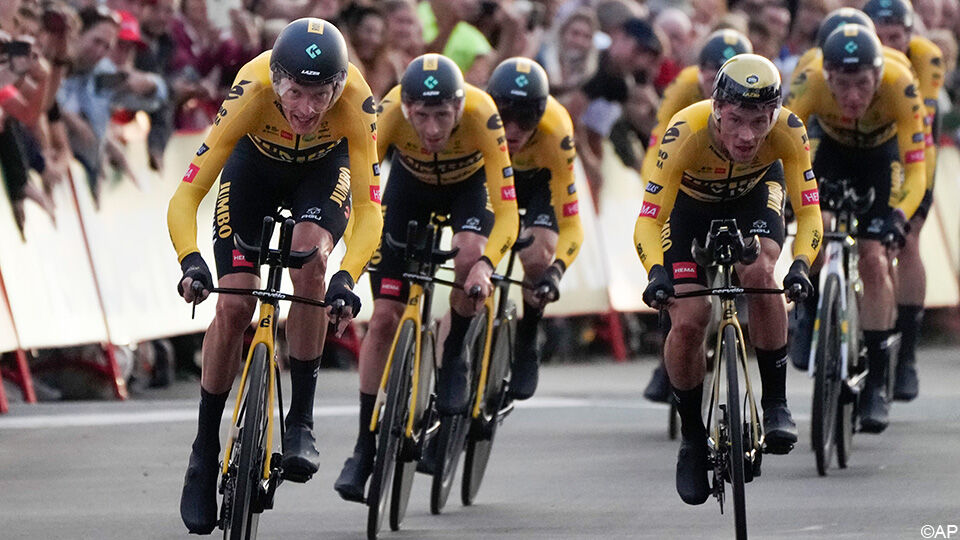 Rain seemed to disrupt the 1st team time trial in 3 years. But the dripping in Utrecht quickly ran away.

Evenepoel and Cavagna were the big engines at The Wolfpack. World champion Alaphilippe was clearly not yet at full war strength and even had to leave a gap.

Evenepoel accelerated with the line in sight. He had to settle for 3rd place with Quick Step. At 77 hundredths of a second from number 2 Ineos Grenadiers.

That all happened in the shadow of a supreme Jumbo-Visma, who smeared Ineos for 13 seconds and Quick Step for 14 seconds. Defending champion Primoz Roglic already hands his competitors a 1st tap for the overall victory.

Loyal soldier Robert Gesink crossed the line in 1st place and is the first leader in this Vuelta.

On the podium, Robert Gesink (Jumbo-Visma) received a thunderous applause when he was given the red leader’s jersey.

“I am very happy with this jersey,” the 36-year-old Dutchman said.

“My job is usually to help the team and Primoz (Roglic). That’s why we had the plan that I would cross the line in 1st place.”

“I am very grateful to the teammates for that gesture. This is one of the highlights of my career.”