Latvia is not bound by the Rinkēvičs / Kariņš sex resolution 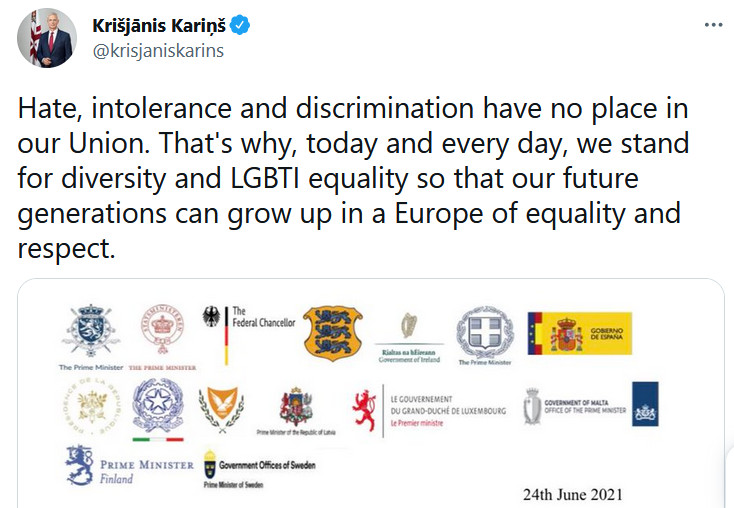 It is significant that the conclusions of the European Council, which are a practical summary of the meeting of the Heads of State, do not mention LGBT issues at all, while the statements to which Latvia has joined contain even two different versions in public sources. The first is dated 22 June and was made by the General Affairs Council. The document was signed on behalf of Latvia by Foreign Minister Edgars Rinkēvičs, a member of the Prime Minister’s Party. It was published by Belgium, the initiator of the declaration. You can get acquainted with the document HERE.

“We are seriously concerned that the Hungarian Parliament has adopted amendments that discriminate against LGBTIQ persons and violate the right to freedom of expression under the pretext of protecting children.” This is stated in the introduction to the document. It is further explained that the amendments to a number of Hungarian laws introduce a ban on “depicting and promoting gender identity at birth and changing gender and homosexuality” for persons under 18 years of age. And it concluded, “This is blatant discrimination on the grounds of sexual orientation, gender identity and expression, and therefore deserves condemnation.” Thus, the ban on promoting gender reassignment of children is the blatant discrimination that now concerns Latvia.

There is another declaration signed by the prime ministers of several countries two days later. The document was found in English on the Twitter account of Prime Minister Krišjānis Kariņš, but later it was also translated and posted on the website of the Latvian government yesterday with a delay of four days. And this document no longer says anything about Hungary and blatant discrimination.

See also  Did the man with the red soles kill the Japan Expo trader?

The countries do not agree

President Egils Levits referred to this second document in an interview with Rīga TV 24 yesterday, pointing out that the document is not binding and Hungary is not mentioned in it. Only the abstract threats to the LGBT community are mentioned. Here is the text of the statement arbitrarily signed by the Prime Minister of Latvia:

“On the occasion of the International Pride Day for lesbian, gay, bisexual and transgender people, which will be celebrated on 28 June, and given the threat to their fundamental rights, and in particular the prohibition of discrimination on grounds of sexual orientation, we support our common core values, contained in Article 2 of the Treaty on the Functioning of the European Union.

On this day, we must remember that we are diverse and tolerant societies committed to the smooth development of the personality of each of our citizens, including sexual orientation and gender identity. At this point, we will celebrate the fact that we have come a long way in recent years to gain support for these principles, which we believe are at the heart of the European Union.

We must continue to fight against discrimination against the LGBT community, reaffirming the need to protect its fundamental rights. Respect and tolerance are at the heart of the European project. We are determined to continue these efforts, ensuring that future generations of Europe grow in an atmosphere of equality and dignity. “

The document was signed by 17 prime ministers. The former – 13 ministers. But there are 27 countries in the European Union, including Hungary, which is currently being publicly beaten. And the fact that Latvia participates in this execution is in complete contradiction to the family policy implemented by our country. It does not provide for same-sex marriage or to promote gender reassignment among children.

See also  New tax, Letta holds out. But the mood is growing in the Democratic Party - Politics

The war is now sabotaged

As for Prime Minister Krišjānis Kariņš himself, he did not have the mandate of coalition partners to take part in the Hungarian discrediting campaign organized by LGBT lobbyists. Yesterday, the Prime Minister was summoned to speak at a meeting of the National Union Board and faction. The party then issued a statement condemning the position expressed unilaterally on behalf of the state and stating that it was distancing itself from criticism of Hungary.

“We are currently seeing Hungary being condemned for passing a law that protects children and their education. We do not have the right to interfere in the work of the Hungarian legislature and determine what another democratically elected, parliamentary state of the European Union should do. In the international environment, Latvia’s top officials must not unilaterally express politically motivated messages that contradict the opinion of a large part of Latvian society, ”the party leader Raivis Dzintars was quoted as saying in the statement.

However, the government and the Prime Minister’s own team of advisers did not respond to the scandal, which lasted for several days, and yesterday afternoon the Prime Minister’s Twitter account contained the same old statement with an English document and the comment: “Hate, intolerance and discrimination ”Etc. It is as if the LGBT community in Latvia is hated, discriminated against and suffering from intolerance. 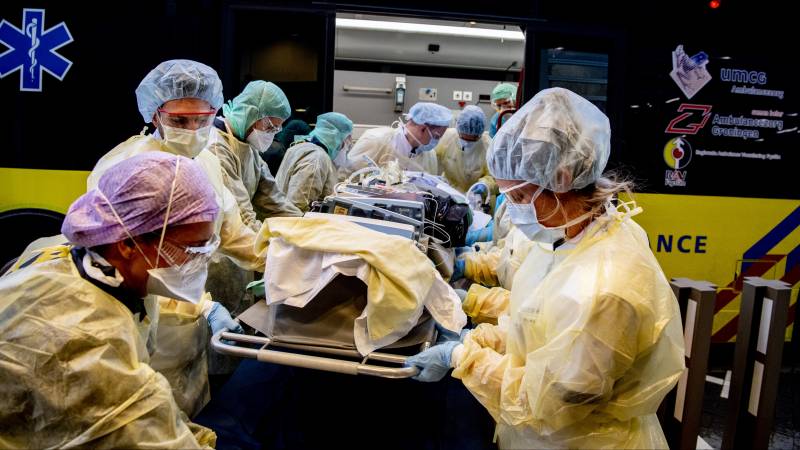 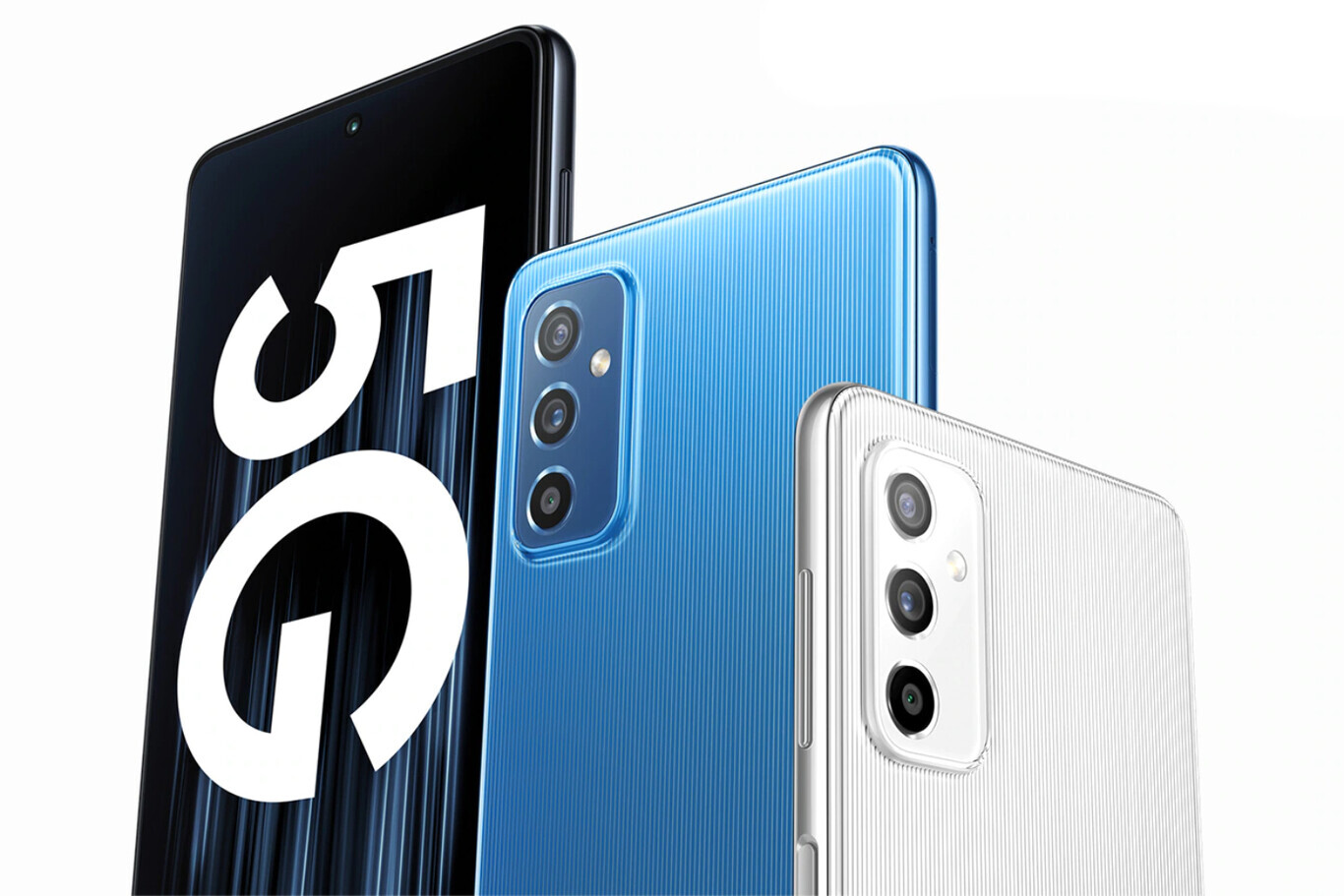