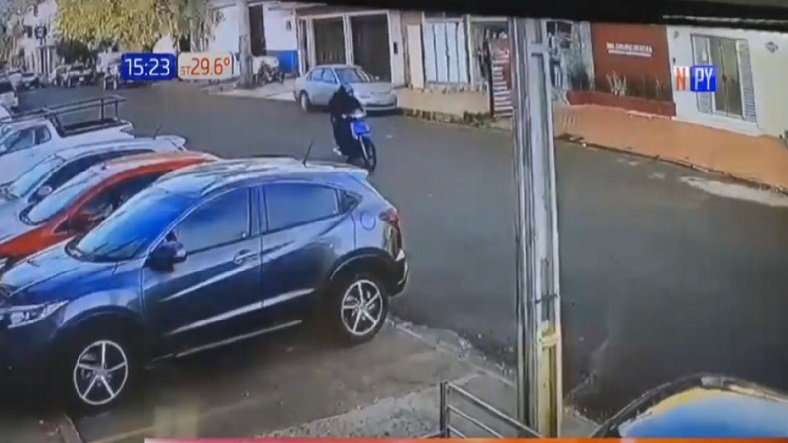 A new assassination attempt occurred this Wednesday and was made public this Thursday after the victim’s complaint. In the closed circuit images you can see when two men aboard a motorcycle intercept on Carlos Antonio López Avenue, at the height of Bernardino Caballero Daniel Montenegro, a lawyer by profession and the husband of a prosecutor.

He was alone in his car when two subjects wearing helmets fired the weapon, but the shots were not fired. At that moment, the lawyer tried to run them over, but they diverted and fled.

The man tried to carry out a persecution, but it was unsuccessful and this Thursday he filed his complaint with the Public Ministry. For the National Police, there is no doubt that the target was Montenegro, since he became related to alleged ties to drug trafficking.