Let’s talk as a family about organ and tissue donation! – Red note 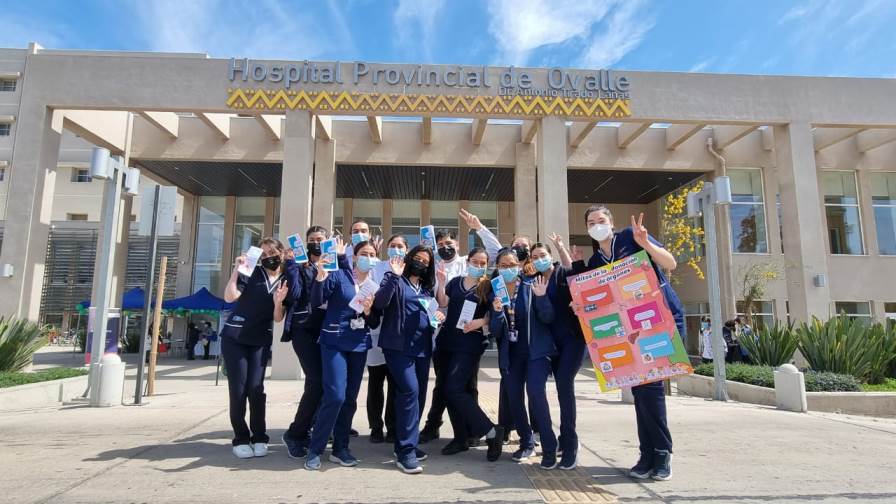 This year in our country 116 people were organ donors, of which only three correspond to the Coquimbo Region. Worrying figures that undoubtedly invite us to become aware that just by discussing these issues at home we could help save more than one life.

Every September 27, the National Organ and Tissue Donor Day is commemorated in our country, a date that seeks to sensitize the population on this important issue. That is why as a way to promote it, this year in our region different educational fairs were held simultaneously in the three provinces of our region, organized by the Coquimbo Health Service and the Organ and Transplant Procurement Unit (UPOT) of the San Pablo de Coquimbo Hospital, with the support of the hospitals of La Serena, Ovalle, Illapel and the Seremi de Salud. The objective was to educate the population, clarify the main doubts, demolish myths and, above all, continue to raise awareness of the importance of talking about it as a family and respecting the right to donation.

La Serena, Coquimbo, Ovalle and Illapel were the venues chosen for this entertaining activity that featured information stands, posters, corporeal displays and even a mural where people could stamp their commitment to this noble cause.

The Director of the Coquimbo Health Service, Germán López, visited the fair held in the Plaza de Armas of La Serena, and called on people to talk about this important issue in their homes. “So far this year in our region we have had three donors: two from the Coquimbo Hospital and one from the La Serena Hospital, figures that we would like to be higher. For this reason, I would like to reiterate the call to talk as a family, to become aware of how important this issue is, and thus, if one day they are faced with this difficult situation, they can respect the wishes of those who chose to donate in life. This fair in which we are participating seeks exactly that, that people are informed and can take home the task of discussing it with the whole family”, he indicated.

Lida Miranda, head nurse of the UPOT of the San Pablo Coquimbo Hospital, referred to the fair held in this same commune, pointing out that “in each stand people were given information material, souvenirs and they were also able to leave on a mural the reasons why it is good to be an organ and tissue donor. We want the right to donate that we all have to be respected, ”she specified.

For his part, Sergio Galleguillos, a nurse and procurement support professional at La Serena Hospital, commented that “what organ donation and procurement seeks is to contribute to the life of a recipient, and with that in mind we try to organize some activities that they were representative and that they had more reach with the community in the delivery of information, bringing people closer to this process that is often taboo and generates ignorance in the community”.

In Ovalle, from early on, the teams were also clearing up doubts and debunking myths about organ donation, taking the time to explain the new law in detail. “We started with a whole process of educating our officials and the population in general. Many times there is uncertainty, for example about whether the organs are going to reach a person, but the transplant process here in the country is super transparent and we have been able to make that known, so it has been a very good fair that we have had,” said Diana Araya, a reference nurse for the Ovalle Provincial Hospital Procurement Program.

Happy attendees with the simultaneous realization of these educational fairs

Those who attended the different activities carried out in the three provinces of our region, greatly valued the initiative that brings organ donation closer and allows us to speak more consciously about the subject in the family. “It seems great to me because there is a lot of ignorance, and by making this information known, one is already more apt to be able to donate. Sometimes we are afraid of not knowing, but many times we are saving lives and that seems very important to me,” said Luisa Escudero, who visited the information stands in the La Serena district. Yordana Collao, was also one of the attendees, for her “it is very good that they do these informative fairs on donation because many times one is unaware of these issues and thus one can also talk about it with his family.”

This year in our country 116 people were organ donors, of which only three correspond to the Coquimbo Region. Worrying figures that undoubtedly invite us to become aware that just by discussing these issues at home we could help save more than one life, especially if we consider that more than 50 tissue transplants could be performed from a deceased donor due to brain death. However, since only 2% of all deaths in the country are due to this type of death, it is key to discuss this issue with the family and, if desired, express the desire to donate organs, since the role of loved ones It is essential to respect the right to donate life.