Libya. The Tripolitan derby put to the test by political conflicts.

Home » Sports » Libya. The Tripolitan derby put to the test by political conflicts. 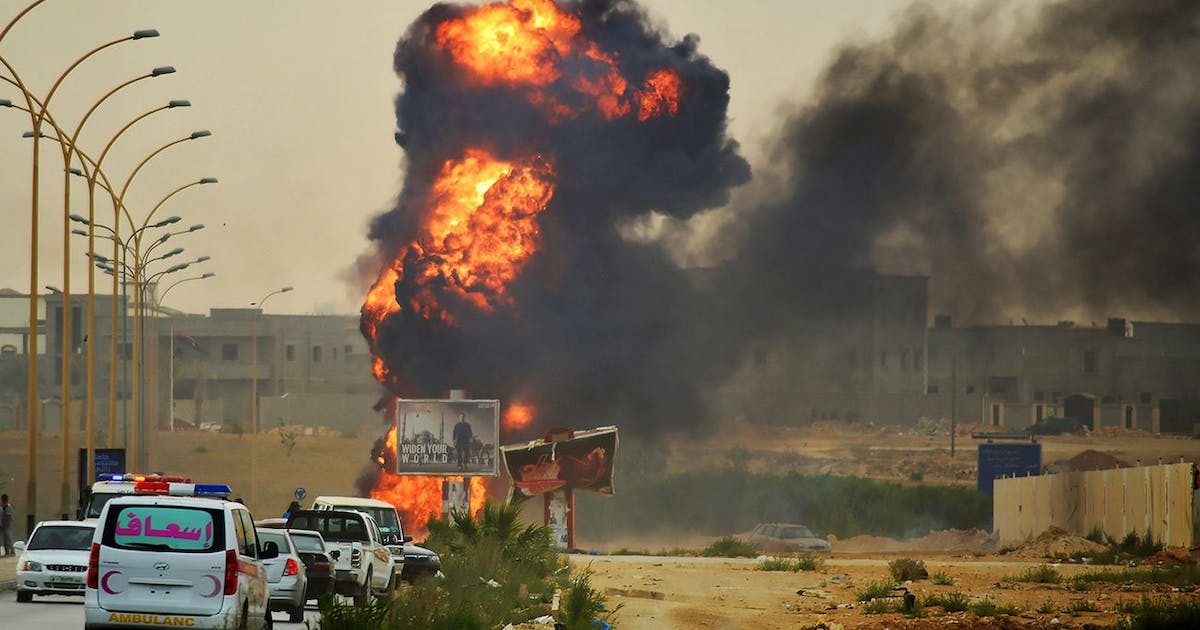 Relocated matches, suspended championship: the chaos in Libya has not spared football, but the supporters of the two flagship clubs of Tripoli have a rare opportunity to relive their passion for the time of a double derby, although it takes place in 1000 km from the capital and without them.

The draw for the quarter-finals of the CAF Confederation Cup resulted in a 100% Tripolitan confrontation between the two most successful clubs in Libyan football, Al-Ahly Tripoli and Al-Ittihad.

The stadium of Tripoli not being approved, it is that of Benghazi, second city of Libya located at some 1000 km, which was designated to host this confrontation. The first leg took place on Sunday and the return is scheduled for April 24.

Benghazi is the bastion of the eastern camp and its strongman, Khalifa Haftar, whose forces tried to conquer Tripoli militarily before being defeated in the summer of 2020 after fierce fighting.

The match was played behind closed doors and few supporters, even the most motivated, would have ventured to make the trip to Benghazi anyway, while the country has been experiencing renewed tension between rival camps for several weeks.

Against bad luck, dozens of supporters took over the Place des Martyrs, a vast esplanade in the heart of the capital, on Sunday evening to follow the match broadcast on a giant screen which ended in a 0-0 draw.

“The Libyans miss seeing such matches on their soil, especially in an important continental competition,” said Mohammed Al Mamdoud, a supporter of Al-Ittihad.

“Seeing the public of the two teams together is a sign that the situation is improving,” rejoices Fayçal Hachad, another fan of Al-Ittihad, who crossed Martyrs’ Square, where the former dictator Muammar Gaddafi liked to pronounce his speeches before being blown away by the winds of the Arab Spring in 2011.

This 18-year-old Tripolitan, red and white scarf around his neck, however, would have “preferred to support the club from the stands”.

Although the coastal road linking the two cities was indeed reopened last year, as were the air links, moving from one city to another still arouses apprehensions due to a climate of insecurity and feeds the frustration among fans of both teams.

“I would have liked to be at the stadium but I would be afraid to go to Benghazi because there are still divisions in the country. It is easier for me to go to Tunisia than to Benghazi”, regrets Mohamed Mokhtar, 25, a supporter of al-Ahly.

The abortive military offensive, carried out between April 2019 and June 2020 against the capital by the forces of Marshal Haftar, exacerbated the divisions between Tripolitania and the eastern region of Cyrenaica.

In December, persistent disputes led to the indefinite postponement of the presidential and legislative elections on which the international community pinned great hopes to finally stabilize the vast North African country. After missing this electoral deadline, Libya has found itself since February with two rival prime ministers.

Football has long suffered from the political chaos that has persisted since 2011. Between the start of the second Libyan civil war in 2014 and 2021, the country’s clubs and the national team played their international matches abroad, mainly at home. Tunisian and Egyptian neighbors. This long football embargo was lifted in March 2021.

The results are still awaited: the national team, which has just been entrusted to former French international Corentin Martins, has never won the African Cup of Nations (CAN), nor participated in a final phase of the World Cup and is ranked 117th in the world. Only a few rare bursts of Al-Ahly and Al-Ittihad in the Continental Cups managed to intermittently bring Libyan football out of anonymity.

For the rest of the tournament, Mohamed Mokhtar, the supporter of Al-Ahly, remains hopeful to see his favorite club qualify for the semi-finals, and play at home. Before a first continental title?